8 Best Keyboards for Your Tablet

A good keyboard can transform a tablet from a passive viewing device into a gadget that’s as useful as a laptop.

Tablet keyboards can have other advantages as well. Many tablet keyboards also work as cases to protect your tablet. These cases also offer a way to prop up your tablet at a comfortable viewing angle. Most people who own a tablet would benefit by buying a keyboard to go along with it, as it makes typing much easier than using a virtual keyboard on the screen.

There are two main types of tablet keyboards: those meant to work as covers for your tablet and those intended to reside primarily on your desk and look more like a standard keyboard.

Keyboard covers are handy as they offer protection from bumps and scratches, and since they are always on your tablet, you can start typing instantly. However, keyboard covers add weight and bulk to your tablet. Separate keyboards usually connect via Bluetooth and are great if you want a slim profile for your tablet. 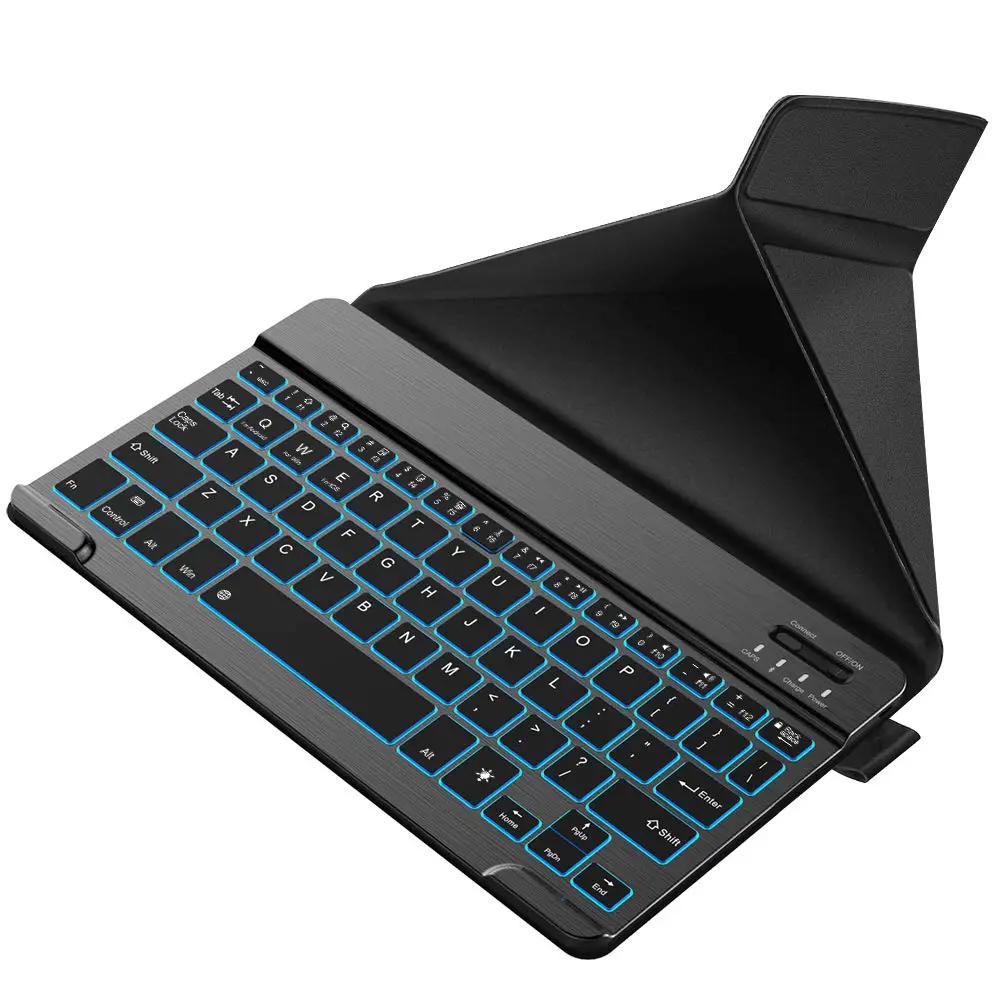 Some tablet keyboards have integrated trackpads, so you can move your cursor around quickly while typing. These trackpads are helpful if you plan to travel with your tablet and use it as a laptop, but they can be on the smaller side and difficult to navigate if you have large hands.

You should also consider whether to purchase a tablet keyboard specifically made for your tablet or one that’s generic. If you own more than one tablet or are considering upgrading soon, it makes sense to look at generic tablet keyboards.

The advantages of tablet keyboards made for a specific device are clear: Manufacturers can add fit and finish that precisely matches a device generic manufacturers can’t. For example, Apple makes keyboard cases for its iPad lineup that offer tight integration with the tablet.

I own an embarrassingly large assortment of tablet keyboards. Part of this problem is because I’m a tech journalist whose job involves reviewing gadgets, but I also love keyboards and tablets.

Over the years, I’ve tested and owned dozens of tablet keyboards. I own an Apple iPad and a Microsoft Surface tablet and regularly use keyboards for both. I used my own experience for this review and spent more than a dozen hours scouring the web for user reviews and specifications to come up with this list of the best laptop keyboards.