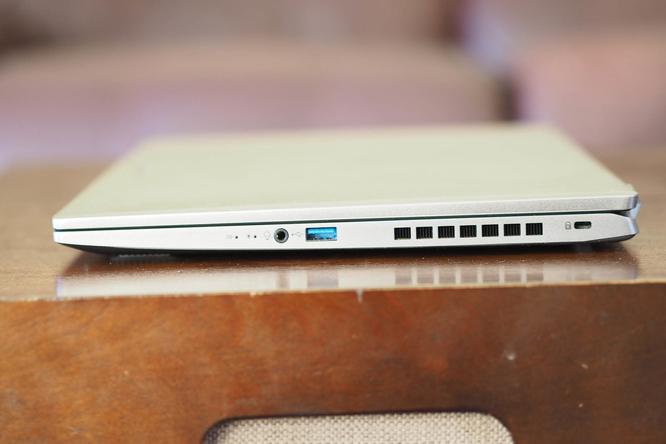 I received a preproduction Acer Swift X 16 to look at, and it’s driving me crazy. Why, you ask? Because Acer put a lid on benchmarking, meaning I can’t run the Intel 12th-gen Core i7-1260P CPU and the Intel Arc graphics through our usual tests. I’m dying to see how they perform, and they’re right there in front of me and yet entirely out of reach. That’s OK, though. I can still give some impressions of the laptop’s design in anticipation of its release in June 2022.

As a preproduction machine, all specifications are subject to change. I received a configuration with the Core i7, Intel Arc graphics, and a WQXGA (2,560 x 1,600) 16:10 IPS display that should cost $1,250 when released (with 16GB of RAM and 1TB of storage). That’s a fair price for a beefy 16-inch laptop, and there’s plenty to talk about even if I can’t dig in the way I’d like.

The Swift X 16 enjoys an all-metal chassis that resists bending and flexing, except for a tiny bit in the keyboard deck. It’s a solid 16-inch laptop that’s more rigid than the slightly less expensive Acer Swift 3 16, but doesn’t quite live up to the standards of the class leader, the Dell XPS 15. The MSI Creator Z16 is another 16-inch laptop that’s about equally robust. Acer has spent some time optimizing the thermal design, using a stereo ring with an inclined plane on the fan top to pull in more air and air inlets on the keyboard to assist. Acer promises up to 20% more heat dissipation over the previous generation.

Aesthetically, the Swift X 16 is a solid dark gray with a lid adorned only by a small Acer logo and with zero bling elsewhere on the chassis. A grill along the top of the keyboard adds a slight variation and there’s an aggressive vent on the right-hand side under the display. Otherwise, the Swift X 16 has simple lines and is minimalistic in its design.

The Creator Z16 is much more extravagant, the XPS 15 is more elegant and streamlined, and the Acer Swift 3 16 is also simply designed but extra-wide thanks to its 16:9 display. Speaking of that, the Swift X 16 has tiny bezels with a 92% screen-to-body ratio, and they look modern — although I wish they weren’t constructed of plastic.

We’re in an interesting place with CPU performance, given that Intel’s 12th-gen processors slowly making their way to market and there re very few official benchmarks to rely on. The Swift X 16 has a Core i7-1260P, a 12-core CPU with four performance cores and eight efficient cores. Total threads are 16. It’s a 28-watt part with a max Turbo power of 64 watts. All of that adds up to what should be solid performance, but without benchmarking the machine, we can’t be certain. 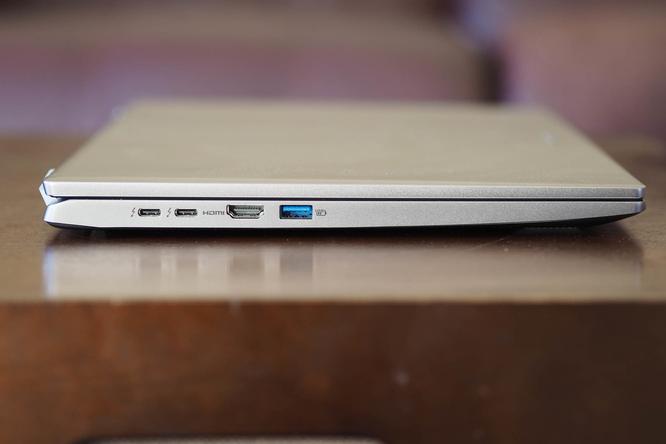 The Swift X 16 also equips Intel’s Arc graphics, a discrete GPU meant to compete with Nvidia’s lower-end discrete mobile GPUs. This will be among the very first laptops to debut the long-anticipated Arc graphics, and we’ll be eager to see how they perform.

Arc should provide about twice the performance of Intel’s integrated graphics while using technologies like Deep Link, XeSS, and others to balance performance and battery life. Again, we couldn’t benchmark the GPU, so we can’t report on its performance, but we’re hopeful that the Swift X 16 will prove a serviceable entry-level gaming laptop.

The Swift X 16 features a 16:10 WQXGA (2,560 x 1,600) IPS display that promises up to 400 nits of brightness and 100% coverage of the sRGB color gamut. I couldn’t apply my colorimeter, but I found the display to be plenty bright in my usual working environments (all indoors — it’s not bright enough for use in sunlight). Contrast seemed good with true blacks, and colors were dynamic enough for productivity use and seemed accurate. The display was not touch-enabled, which is always a disappointment.

The audio is provided by two downward-firing speakers at the front bottom of the chassis. Volume was sufficient, and mids and highs were clear without distortion. Bass was lacking, as usual, so if you’re watching action flicks or listening to music, you’ll want a pair of headphones.

The keyboard is the usual island style with black keycaps and a numeric keypad on the right-hand side. The keys are spacious, and there’s plenty of key spacing, with a switch that’s a little light but still provides a satisfying click and comfortable bottoming action. I found myself getting up to full speed on this keyboard in no time. It’s not quite up to par with HP’s Spectre or Dell’s XPS keyboards, and it can’t match Apple’s excellent Magic Keyboard on its latest MacBooks, but it’s not too far behind.

The off-center touchpad is spacious and has a smooth surface that I found made for precise support of Windows 11’s multitouch gestures. It’s a Windows Precision touchpad, of course, and the buttons were firm, but not too much so, and they were relatively quiet.

As mentioned above, I missed a touch display, but the touchpad is good enough to make for a productive machine.

There’s a Full HD webcam onboard, a welcome trend among laptops lately. With hybrid work being such an emphasis, videoconferencing has taken on a new importance, and anything that improves the video quality is welcome. In my informal testing, I found the video quality to be very good, with a bright and sharp image.

Windows 10 Hello support is provided by a fingerprint scanner embedded in the power button. It worked reliably, allowing for waking up the laptop and logging in with one action.

I wasn’t able to test battery life, of course, and that remains an open question. The Swift X 16 has a 56 watt-hour battery, which is small for a laptop with a high-res 16-inch display and robust components. Compare that to laptops like the MSI Creator Z16 with 90 watt-hours and the Dell XPS 15 with 86 watt-hours. I’m guessing that battery life won’t be much of a strength unless the Intel 12th-gen CPU is incredibly efficient.

Everything remains in flux as Acer preps the Swift X 16 for release. Right now, a configuration with the Core i7-1260P, 16GB of RAM, a 1TB solid-state drive (SSD), and the Intel Arc graphics is projected to cost $1,250.

That’s a reasonable price for the configuration, and if the pricing holds, it should make for a strong value. We’ll have to wait for benchmark results to see how it competes with other similarly equipped 16-inch laptops.