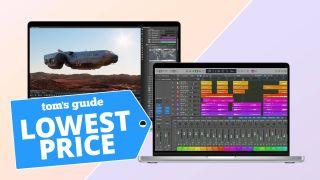 Update March 17: Amazon has slashed an extra $50 off the 14-inch MacBook Pro for a total of $250 off the base configuration.

We're hours away from the debut of the new Mac Studio, but if you're still on the fence, here's an epic sale that could help sway you toward Apple's MacBooks. 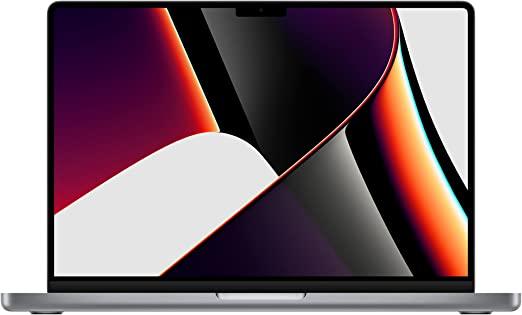 The MacBook Pro is hands down one of the most powerful laptops around. Whether you opt for the 14.2-inch or 16-inch model, you're getting one of the best laptops on the market.

In our Apple MacBook Pro 14-inch review, we were impressed with its blazing performance, gorgeous mini-LED display and the upgraded 1080p webcam. We were also fond of the fact that some of the best MacBook Pro features made a long-awaited comeback, some of which include the HDMI port, SD card slot and MagSafe.

We praised the refreshed Magic Keyboard, which not only makes typing more comfortable than ever, but also included function keys instead of the Touch Bar.

In our tests, the 14-inch MacBook Pro's battery life lasted just over 14 hours when used for general web surfing over Wi-Fi, which means it could easily get you through a whole day or a long flight.

If you want a bigger screen and more battery life, you'll want to opt for the 16-inch model. In our Macbook Pro 16-inch review, we squeezed over 15 hours on our test. Otherwise, both machines are nearly identical.

This isn't the first time we see these MacBooks on sale at this price. However, last time they hit this price point they sold out fast. So don't sleep on this deal. Also, make sure to check out our coverage of the best Apple deals for more sales on Apple kit.

what is the best apple laptop