Home Article AirPods Max 2: Everything we know about Apple’s next over-ears 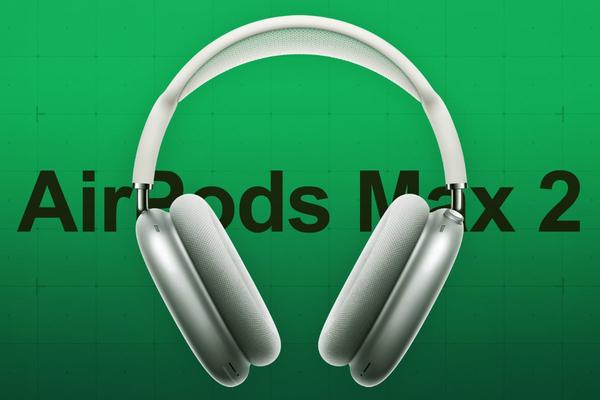 AirPods Max 2: Everything we know about Apple’s next over-ears

The AirPods Max were a very good pair of premium headphones with features like ANC and Spatial Audio making them a great choice for iOS fans, but were held back by their high price tag.

Read on to discover everything we know about the AirPods Max 2 so far, along with what we’d like to see from Apple’s next over-ears…

There hasn’t been any word on how much the AirPods Max 2 will cost, but we expect them to cost in a similar range to the original AirPods Max.

That said, the high £549 / $549 / €629 RRP was one of our biggest gripes with the last pair and drew a bit of negative attention, so we hope to see Apple reduce the price this time around.

The original AirPods Max launched in December 2020. According to a report by iDropNews, Apple began developing a more affordable version of the headphones with cheaper materials and fewer features called the AirPods Max Sport, but ended up abandoning these plans.

The same report revealed that Apple will begin work on the AirPods Max 2 this August, which would position the company ready to ship them out between Q1 and Q2 2023 (if supply chain issues don’t get in the way).

The original AirPods Max caught our eye with their unique design and colourful choice of finishes. 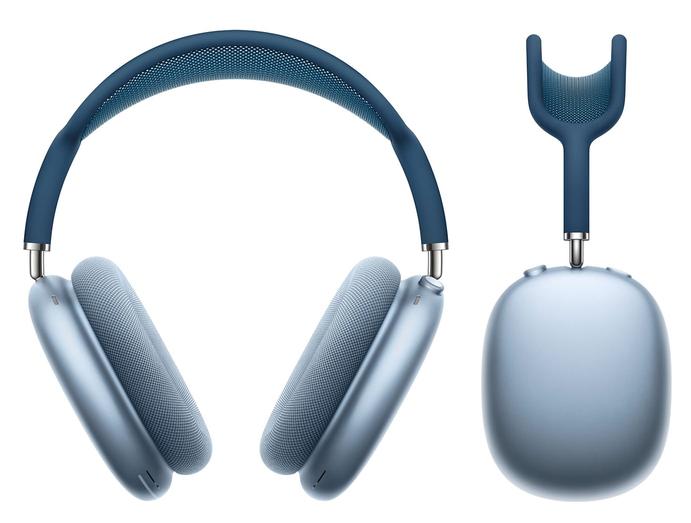 The ear cups were large and smooth with memory foam ear cups and a dial that had been lifted directly from the Apple Watch. The headband was equally comfortable with its stainless steel telescoping arms draped in a matching layer of mesh. It also came in an array of vibrant colours, including Space Grey, Silver, Green, Pink and Sky Blue.

So, what could be new?

A handful of patents have been spotted by PatentlyApple, giving us a possible idea of what to expect from of the AirPods Max 2.

According to one report, we could see the brand ditch the Digital Crown dial on the ear cups in its next pair of over-ears. The patent suggests that Apple has been developing a touch-sensitive surface for processing gestures.

While it wouldn’t be unusual to see a premium pair of headphones sporting touch controls, it would erase one of Apple’s more unique – and well received – features.

Another potential design update relates to the AirPods’ removable ear cushions. The current pair of AirPods Max have memory foam cushions that can be removed from the ear cups using magnets for easy cleaning and replacing, though the latter isn’t exactly cheap.

The patent also covers a mechanical method of removing the ear cushions, so perhaps we’ll see Apple change the mechanism in the AirPods Max’s successor.

Undoubtedly, the design feature we’d most like to see updated is the case. The original AirPods Max came with the Apple Smart Case in the box, though calling it a case seems generous considering how little protection it offered the headphones. What it did do was put the headphones into an ultra-low-power state to preserve battery – something that is difficult to do due to the lack of a power button.

While various third-party cases are available, we’d love to see Apple include a less silly-looking case that offers better protection to the headband and ear cups in the box – especially considering the headphones’ steep price.

The original AirPods Max had adaptive ANC, a transparency mode and Spatial Audio. The latter offers a more immersive listening experience, but was only available when paired with iOS devices.

Apple claimed the AirPods Max offered 20 hours of listening with one charge – and our tests confirmed this. While this wasn’t bad, it was less than rival phones like Sony’s flagship WH-1000XM4 so it’d be nice to see the AirPods get an upgrade here considering how much they cost.

Alongside the previously mentioned filings, PatentlyApple also spotted a patent relating to the detection and mitigation of “audio howl” – feedback in which audio gets caught in a loop between the microphone and the speaker.

While there are already ways to detect and reduce audio howl, the report notes that existing methods can pick up on false positives, which causes them to apply notch filters that might negatively affect the way the headphones sound.

Apple’s patent describes a system capable of detecting audio howl by comparing a microphone signal in a closed-loop system with another reference mic that isn’t a part of that closed-loop system. If the spectral content is dissimilar, the system will detect audio howl.

Essentially, this is a more accurate way of spotting and removing feedback. We’ll have to see if Apple decides to introduce it on the AirPods Max 2 or if, like many patents, we hear nothing more of it.