Home Article Apple's 'Get a Mac.' The Long, Strange Trip to a Comedy Classic Apple 'Get a Mac' 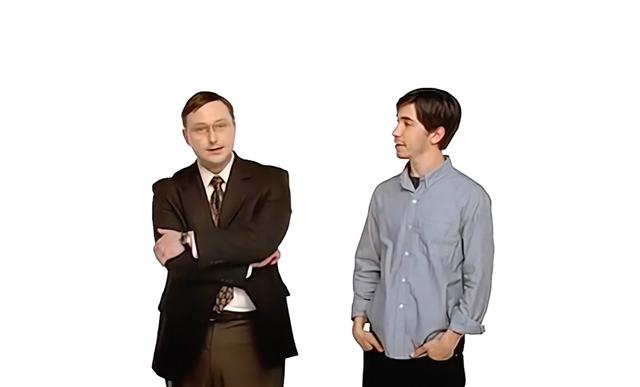 Apple's 'Get a Mac.' The Long, Strange Trip to a Comedy Classic Apple 'Get a Mac'

TIM NUDD: The campaign, called "Get a Mac," was breezy and charming, and seemed effortless: Justin Long and John Hodgman, standing in front of a white cyc, amusingly comparing Macs and PCs by personifying the two. Their comedy act would soon become famous, and finally raise Mac from a footnote to a force in the PC market. But behind the scenes, the campaign's development had been anything but smooth. And our story begins a full eight months earlier, in September 2005, when Steve Jobs—who'd returned to Apple in '97 and was riding a wave of staggering success with iPod and iTunes—asked his agency, TBWA\Chiat\Day, for a new Mac campaign. Little did anyone know at the time just how excruciating that journey would be.

TIM NUDD: Lee Clow was Chiat\Day's global creative chief. He and Jobs had made legendary ads together going back to the '80s—the Super Bowl spot "1984," and more recent classics like "Think Different" and iPod "Silhouettes." But rejuvenating Mac—which was languishing, 20 years after its debut, at just 3 percent market share—would be as difficult as anything they'd done before.

LEE CLOW: When Steve got back, Mac was nothing. But Windows had taken over the world. So the idea to get people back to Mac was a pretty herculean challenge. That's what his challenge was, is, let's go after Windows and figure out how we can get people to understand that Mac is better. 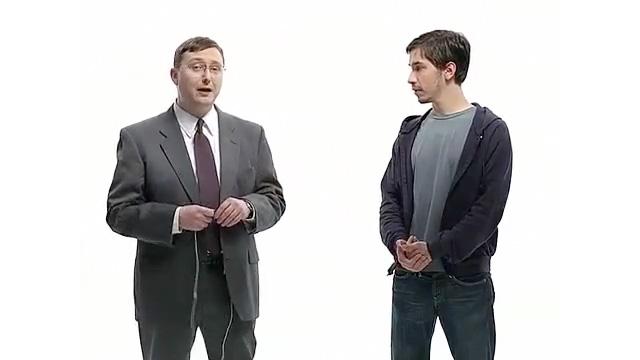 TIM NUDD: This would be easier said than done. James Vincent was managing director of Chiat L.A. Though his more informal title was chief Steve handler.

JAMES VINCENT: And in typical Steve fashion, he laid down the gauntlet with the following statement. He said, "I don't want to do 3 percent market share. We should just pack up and go home. I want 90 percent market share." Now, if you'd spent time with Steve, those kinds of things sort of came along on at a fairly regular clip. Now it turns out, of course, they currently have 90 percent market share—of computers over $1,000. And so what he was saying was, "I want the high. I want the top, and the top should grow."

TIM NUDD: Apple had tried lots of things for Mac over the years. The "Switchers" campaign from Errol Morris. Ads with Jeff Goldblum before that. None of it had really moved the needle. The monolith of PCs seemed insurmountable.

JAMES VINCENT: And I think the problem strategically was, people just thought computers were kind of rubbish. "You know what? Computers aren't that great and they're never going to be that great. They're kind of ugly and don't work very well."

TIM NUDD: The planners at the agency were hard at work digging into Mac's problems. Duncan Milner, then chief creative officer of Chiat L.A., recalls one strategic insight in particular that helped unlock things a bit.

DUNCAN MILNER: And it was really Elena Hale, who was the head strategy person on Apple at the time. She sort of said, "PC users don't know what they don't know." Whatever we come up with is going to have to tell them that there is a better—or show them that there's a better experience out there. That the one they're familiar with and they've become comfortable with doesn't have to be that way.

TIM NUDD: Still, the agency struggled to find a creative way to express this. Every Wednesday morning, Lee, James, Duncan and a few others would fly up to Cupertino to meet with Jobs. And every Wednesday night, they'd fly back to L.A., with all their ideas rejected. As the months went by, both sides began to get frustrated, and the pressure grew intense. At one of these meetings, Jobs grabbed his laptop and pulled up a scene from the movie Walk the Line, which had just come out, the one where Sam Phillips is staring down Johnnie Cash and telling him play the "one song" that might save him. It was lost on no one in the room that Jobs wanted similar salvation for Mac.