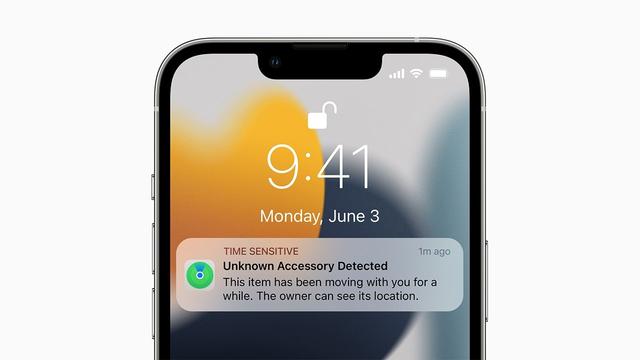 In response to growing concerns about AirTag and the Find My network being used for unwanted tracking and stalking, Apple has announced a handful of changes coming over the course of this year. The company reaffirms that AirTag “was designed to help people locate their personal belongings, not to track people,” and these forthcoming changes aim to make that clear.

First and foremost, Apple acknowledges that it has been “actively working with law enforcement” on AirTag-related requests. Based on this work, Apple believes that “incidents of AirTag misuse are rare,” but that “each instance is one too many.” It says that it has “successfully partnered” with law enforcement on these cases to trace an AirTag back to a perpetrator.

Apple also notes that it will be making updates to its existing law enforcement documentation in regards to AirTag and the Find My network.

We have been actively working with law enforcement on all AirTag-related requests we’ve received. Based on our knowledge and on discussions with law enforcement, incidents of AirTag misuse are rare; however, each instance is one too many.Every AirTag has a unique serial number, and paired AirTags are associated with an Apple ID. Apple can provide the paired account details in response to a subpoena or valid request from law enforcement. We have successfully partnered with them on cases where information we provided has been used to trace an AirTag back to the perpetrator, who was then apprehended and charged.

But with all of that having been said, Apple says that it has been working with safety groups and law enforcement officers to learn more about how AirTag and the Find My network can be further improved to prevent unwanted tracking.

AirTag and Find My changes coming soon to address stalking

First off, Apple says that in an “upcoming software update,” every user setting up an AirTag will see a new message that “clearly states” AirTag is meant to be used to track belongings, not for tracking people or stalking. The warning message also makes it clear that AirTags are linked to your Apple ID and that law enforcement can request this identifying information.

Apple is also significantly improving notifications that users see on their iPhone when an unknown Find My accessory is detected near them. In the past, users might have seen a vague “Unknown Accessory Detected” alert on their iPhone’s lock screen and in the Find My application.

Also in the past, this notification was presented to users when AirPods 3, AirPods Pro, AirPods Max, or a third-party Find My accessory was located near them.

Going forward, Apple says these alerts will be clearer and will identify the exact accessory. For instance, if an unknown pair of AirPods Pro is detected as “moving with you,” the alert will clearly state “AirPods Pro Detected” rather than “Unknown Accessory Detected.” The idea is that this will make it easier to locate that unknown accessory if they know exactly what it is. 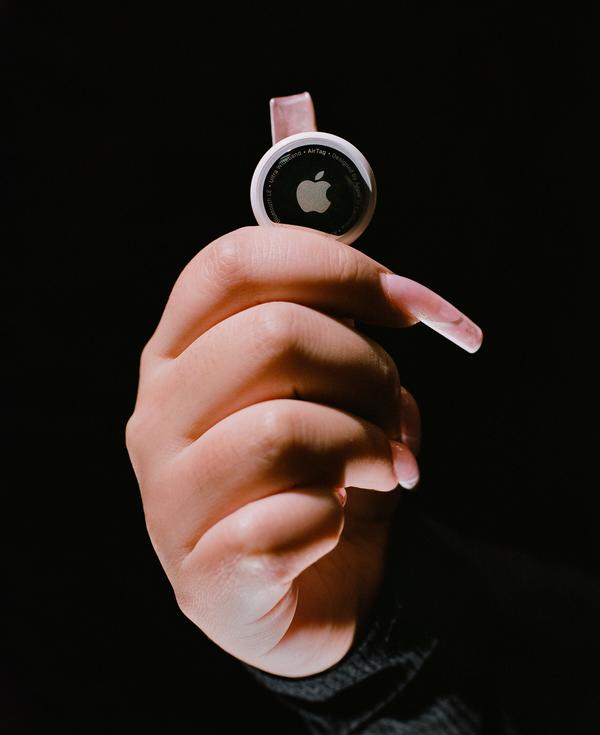 Apple also notes that it has confirmed that the “Unknown Accessory Detected” will not appear if the accessory is an AirTag. If an AirTag is detected, the alert will clearly read: “AirTag Found Moving With You.”

Apple has also revamped its support documentation on this feature so users can get a clear picture of what the various types of Find My alerts mean. These changes will also apply to third-party accessories that integrate with the Find My network, such as those from Chipolo.

Once this change is rolled out, Apple says that the only time a user should see the “Unknown Accessory Detected” alert is if an “accessory is detected but the Find My app has issues connecting to them or to the server at that time.”

While those changes are coming in future software updates, Apple also says it is “investigating a series of updates” that it plans to introduce “later this year.” The most notable change here is support for using the Precision Finding feature for locating an unknown AirTag.

Precision Finding is currently supported for locating a lost AirTag that is linked to your Apple ID. The feature uses your iPhone’s U1 chip to help pinpoint the exact location of a lost item, with directions as detailed as telling you that the item is “four feet ahead on your left.”

With this change, coming later this year, users will be able to use Precision Finding to located an unwanted AirTag that is near them, rather than only AirTags that are linked to your Apple ID. This should make it much easier to locate nearby and unwanted AirTags.

Apple is also expanding on AirTag’s existing safety feature that makes the item tracker emit a sound after it has been separated from its owner at a random time within an interval of eight hours and 24 hours.

With a feature change coming later this year, Apple says that that when an AirTag automatically emits a sound, iOS will also show an alert on nearby iPhones. This alert will allow users to take quick action, including playing the sound again or using Precision Finding. Apple explains that this change will help in cases “where the AirTag may be in a location where it is hard to hear, or if the AirTag speaker has been tampered.”

Apple also says that it will be ” adjusting the tone sequence” of the AirTag sound to “use more of the loudest tones,” which should make an unknown AIrTag more easily findable.

All of these improvements are steps in the right direction, and some of them are things that should have been there from the start. The changes around alert wording and reliability are particularly important because the previous “Unknown Accessory Detected ” was just vague and ominous while also not particularly helpful.

I do wish that Apple’s timeline around the launch of these features was more specific. Some of the changes are teased as coming soon in a “future software update,” while others are being “investigated” and could come sometime later this year. Ideally, all of these features will come soon and be fully baked when they do arrive.

One of the most important things to keep in mind here is that Apple continues to do far more than its competitors in these space in regards to preventing unwanted tracking, including Tile. Erica Olsen, director of the Safety Net Project at the National Network to End Domestic Violence praised Apple’s efforts in a statement today:

The alerts system Apple has notifying potential victims of any unwanted tracking has helped shine a light on a problem that existed long before AirTags came on the market. We are happy Apple is engaging in the conversation about victim safety and are continuing to improve safeguards. We hope others will follow their lead.

Going forward, the biggest hole in the Find My and AirTag alerts ecosystem continues to be on the Android side of things. While Apple does offer a “Tracker Detect” application to locate nearby AirTags with an Android device, the app doesn’t scan for nearby accessories in the background. Instead, it only scans a user’s surroundings when the user initiates the scan.

It might require some sort of cross-platform collaboration between Apple and Google, but ideally there’s more that can be done in this regard to protect Android users.