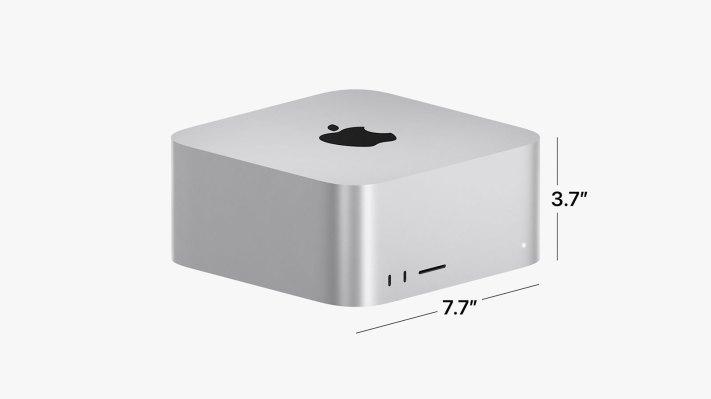 Apple today launched a $1,599 display that packs a processor, high-quality speakers, a microphone array, a high-quality camera, three USB-C ports and 96 watts of power delivery over Thunderbolt. Oh, and it has a screen, too.

The Cupertino company has had a curious and checkered history with displays, launching and then forgetting about a series of options over the years. The Apple Cinema Display and the Thunderbolt Display both lifted their collective heads over the parapets, only to immediately be relegated to obscurity, with extremely slow update cycles, underwhelming specs and extortionate prices. Apple’s Pro Display XDR was launched a couple of years ago, and while it had a hell of a spec, with a 32-inch Retina 6K resolution and ultra-high contrast, it also carried a $4,999 price tag for the standard glass version, and an eye-watering $5,999 for the nano-texture glass version that reduces reflections. 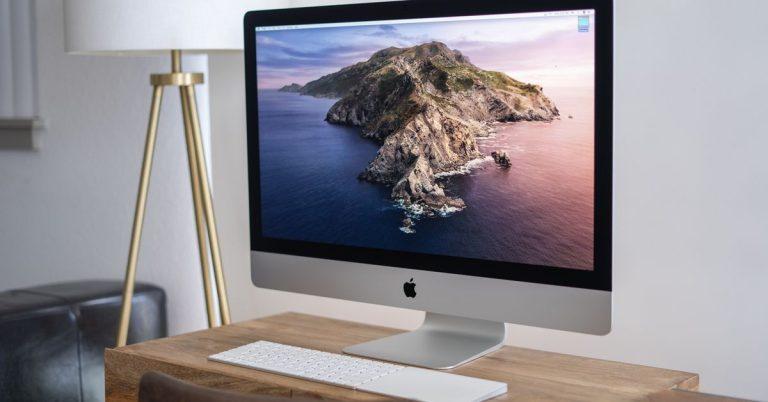 The Apple Studio Display is aimed at a very different audience, and with a $1,599 price tag it isn’t exactly pocket change, but it does something really important. Pair it with the freshly launched Mac Studio, and it finally decouples the screen from the computer. For a company that likes to shout about its environmental chops, it’s about damn time… The number of iMacs I’ve sold because the processor is slow as winter molasses while the screen is still in perfect shape has been a source of infinite frustration. Being able to upgrade just the screen or just the brains of the workstation, while staying within the Apple ecosystem, has been a long time coming.

The new display is fantastically impressive on paper. It includes a 12mpx ultra-wide camera that supports “center stage”, meaning it can follow you around the room as you pace around doing your Steve Jobsian keynote presentations. It’s the same camera Apple has been using on its iPads. It includes a three-microphone array that makes audio clearer than ever before and can use filtering tech to reduce the audio you don’t want to include. It has a six-speaker sound system that Apple describes as the best speakers it has ever shipped. The chip integrated into the screen means that the display can split out the multi-channel surround sound and create a more immersive experience than if you just plug in a set of stereo speakers. The system also supports spatial audio for audio and music with Dolby Atmos.

The display includes a three-port USB-C hub running at 10gps for attaching high-speed accessories such as hard drives and recording devices, and there’s a Thunderbolt port that can supply 96W worth of power, which means that you can charge the full range of Apple laptops directly from your display.

Oh, yeah, and it has a screen, too. It packs in a 27-inch 5K retina display with 600 nits of brightness and an extra-wide color gamut. Its specs look suspiciously similar to those on the current-gen iMacs. The screen includes an all-aluminum enclosure, and Nano glass, which reduces reflections, is available as an option, as are various stands and mounting options, including a VESA mount option.