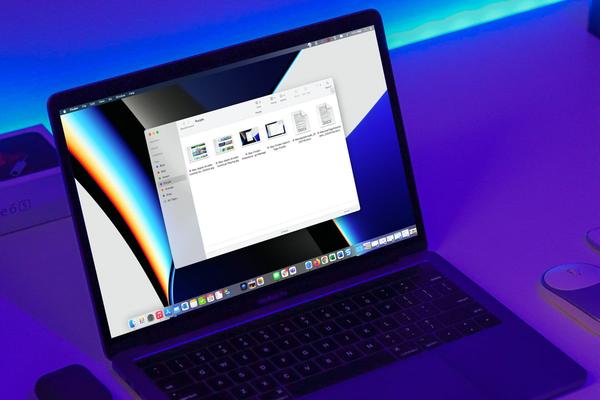 Mac fans who have been eagerly waiting for Apple to reverse course and release a pro-grade laptop with a touchscreen will have to keep on waiting. The computing giant is apparently working on bringing elements of the no- defunct Touch Bar up to the screen on its portable laptops, according to a recently uncovered patent filing with the United States Patent and Trademark Office.

According to Apple’s USPTO application describing a “concealable input region for an electronic device,” the company is working on making an enclosure for the laptop — likely a MacBook Pro of some kind — out of premium materials, like ceramic, though glass and plastic can also be used. Though the use of ceramic would be new to the laptop category, Apple had previously experimented with this durable material on prior iterations of its Apple Watch wearable. Embedded within the casing, and in particular around the glass screen of the laptop, would be touch buttons that could dynamically change and light up depending on the application. 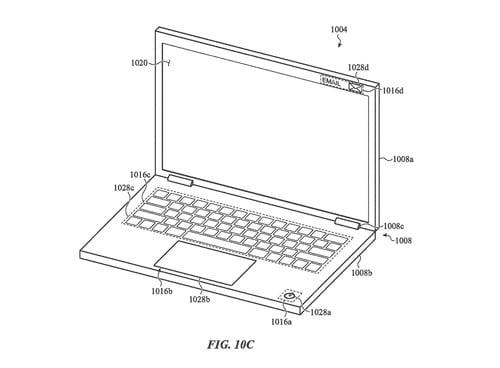 These touch buttons, as Apple described them, would function in a similar way to the controversial Touch Bar, a feature that Apple has since moved away from on the latest iterations of the MacBook Pro 14-inch and MacBook Pro 16-inch released late 2021 with the company’s custom M1 Pro and M1 Max processors.

In the USPTO filing, Apple said that the array of microperforations in the area surrounding the display would be “visually imperceptible” to the eye when it’s not illuminated, but when you need the buttons, they can light up to display symbols. In an illustration, Apple showed an email button that can be launched by pressing the top right bezel of the laptop.

If Apple is indeed working on commercializing t a future generation of MacBook Pro with an embedded bezel around the display housing touch-sensitive buttons that can dynamically change, this would be perhaps one of the closest thing we’ll get to a laptop with a touchscreen from the company. In the past, Apple executives have dismissed the idea of launching a touchscreen laptop, even as notebooks running rival Chrome OS and Windows shipped with touchscreens.

“We make the world’s best touch computer on an iPad,” John Ternus, Apple’s senior vice president of hardware engineerin, told the Wall Street Journal in an interview last year. “It’s totally optimized for that. And the Mac is totally optimized for indirect input. We haven’t really felt a reason to change that.”

Apple has been experimenting with different screen ideas across its products. Most recently, the company had patented an iMac design with a curved display. Adding a curved screen to its all-in-one desktop could allow Apple to design even larger iMacs that provide a highly immersive experience.