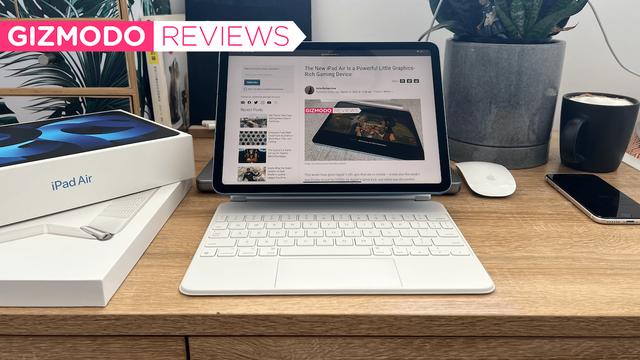 Last week, I reviewed Apple’s latest iPad Air. While I declared it a brilliant tablet for leisure, I said there’s no chance it can ever be a device I could use for work. I went into this review of the iPad Magic Keyboard happy to have my mind changed.

Did my mind change?

Yeah, it kind of did.

Let’s start at the top. The keyboard is sold by Apple as a way to “provide a great typing experience and lightweight, durable protection for your iPad”. It attaches to your iPad magnetically, and the magnet is super strong and sturdy. Magnetic means there’s no need for plugs or pairing. There is a USB-C port for pass-through charging, though.

When I opened the box, I wasn’t expecting it to be so sturdy and solid – I was expecting a flimsy keyboard that usually comes with a tablet. I almost felt like I was going to break it when I was pushing the screen (iPad Air) to a position comfortable for me to view (my eyes are bad and I was on the lounge).

The colour is great, except when you have makeup on and touch the keyboard after touching your face. This is going to ruin the iPad Magic Keyboard in no time. But this is why you’d choose the black, I guess, even though it would still stain/eat away at the keys/case to some degree (source: my car’s window buttons). 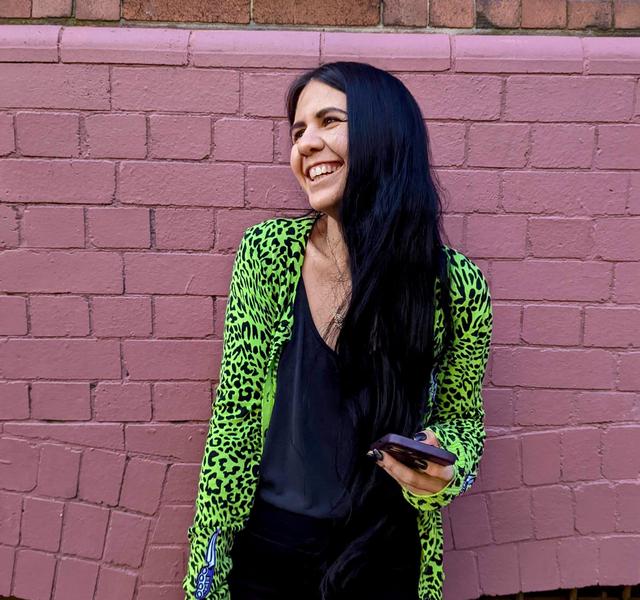 The iPad folds up nicely into the Magic Keyboard, so it does also act as a great case for the device.

Good, actually, really good. It’s very sturdy and stays upright while on my lap on the lounge. The keys sound plastic-y but they feel a lot nicer under my fingers than I was expecting. The key sizes aren’t big enough –strange, considering the keys on my MacBook Pro measure 17 mm and the keys on the iPad Magic Keyboard measure 16 mm so the size and spacing isn’t too different. But they still feel small. It is an iPad, though, not a full-sized laptop.

But as someone who has long fake nails, I’m hitting every key wrong and touch-typing isn’t going too well for me.

The iPad Magic Keyboard definitely has that haptic sensation thing nailed (that’s where objects are heavy to give the illusion of higher quality or performance), except that it’s not an illusion. It’s much better than the Smart Keyboard Folio.

Highlights of the iPad Magic Keyboard is definitely the backlit keys for use in the dark and a built-in trackpad. The trackpad behaves the same way as a MacBook, which allows for seamless swapping between both devices. It also allows for using the iPad like a laptop – for example command+tab to switch windows, shift to select an uppercase letter and on the trackpad, scrolling and selecting text as you would on a laptop.

This entire review was written on the iPad Magic Keyboard, and everything on the page except for the pictures were uploaded via the iPad Air. I’m pretty impressed that I was able to do on the iPad what I would do on a MacBook, mostly. By the end of the review I was familiar with the keyboard and was making less mistakes than at the start – sitting at a desk made this a lot easier, surprise, surprise, but I did still feel like a giant using a tiny laptop.

Being logged in via my Apple ID on both the iPad Air and my MacBook allowed seamless integration between the both devices – I could pick up where I left off on either device.

The downside is my eyes were straining a lot more than usual and having the text any bigger on the iPad would have made it almost unusable given how much I could see on a screen.

Using the keyboard certainly changed my mind about declaring an iPad not suitable for work. It’s not as good as using a laptop, not even close, but it definitely brings in a lot of the efficiencies you get from a laptop.

At $449 (based on the 11-inch model), then $929 for the iPad and another $199 for the second-generation Apple Pencil, I’m not going to recommend you spend $1,577 on this setup for your home office. But if you’re interested in getting an iPad and think you might use it as a second work device (or one to use on the go), then I’d definitely recommend the addition of the Magic Keyboard to make your experience a hell of a lot better.