Home Article Apple’s new 14-inch and 16-inch MacBook Pros are here — but should you upgrade? 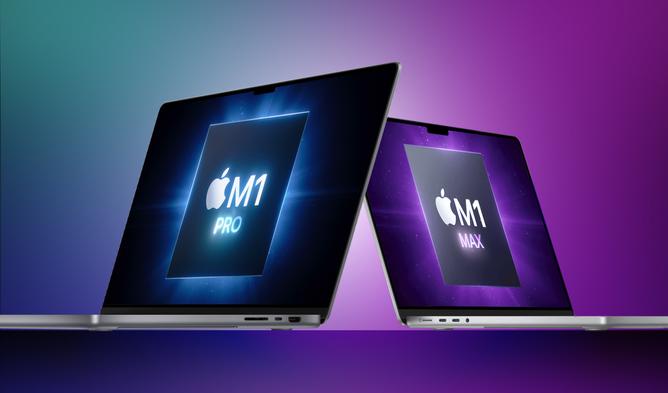 Apple’s new 14-inch and 16-inch MacBook Pros are here — but should you upgrade?

The new MacBook Pros are here, and they somehow make last year’s beastly M1 MacBooks look kind of modest by comparison. Powered by Apple’s new M1 Pro and M1 Max processors, the 14-inch and 16-inch MacBook Pros promise to deliver the best Mac performance ever while introducing some handy new design changes and a lot more ports. Heck, even the beloved MagSafe charger is back.

At a glance, the latest MacBook Pro models look like the most powerful, feature-packed MacBooks yet, and could become the new go-to for power users and creative pros. However, given their high price tags and the fact that the excellent 2020 MacBooks are still available, we don’t think everyone needs to make the leap.

Here’s how to get your hands on the new MacBook Pros — and some help deciding whether or not they’re for you.

The 14-inch and 16-inch MacBook Pro models are available to preorder right now and will start shipping on Oct. 26.

The new 14-inch and 16-inch MacBook Pros will deliver a notable performance bump for any MacBook owner, but especially those upgrading from an Intel-powered Mac — in other words, any MacBook released before the fall of 2020. Apple claims that those coming from the previous-gen 16-inch model or an Intel 13-inch MacBook will have a ton more power for getting serious work done — and it all comes down to the company’s new processors.

Both new MacBooks come with a choice of Apple’s M1 Pro or M1 Max processor, which are built to outperform even the incredibly fast M1 chips we got great results from on last year’s MacBook Pro and 13-inch MacBook Air. According to Apple, the 14-inch MacBook Pro can deliver up to 3.7 times the processing performance of the 13-inch Intel model, while the new 16-inch MacBook Pro can pump out up to twice the processing power as the previous generation. These new Macs are also designed to offer up to four times the graphics performance compared to older models.

That should all translate to a lot more breathing room for serious creative tasks, such as rendering a 3D scene, rapidly recognizing faces in Photoshop and exporting lots of high-quality video. You’ll also get more than twice the solid-state drive (SSD) speeds of previous-generation MacBook Pros, which should mean much less time waiting for files to transfer and apps to open. Long story short: If you don’t have an M1 Mac yet and need lots of power for creative work, the 14-inch and 16-inch MacBook Pros look like a great option on paper so far.

You want lots of ports (and hate the Touch Bar)

These new MacBook Pros look like absolute beasts when it comes to performance, but you know what we’re really excited about? Ports! The new 14-inch and 16-inch MacBook Pros have far more connectivity options than the last few generations of MacBooks, making them well worth a look for folks who want to plug in lots of external accessories and displays without having to reach for a USB-C hub to make it happen. 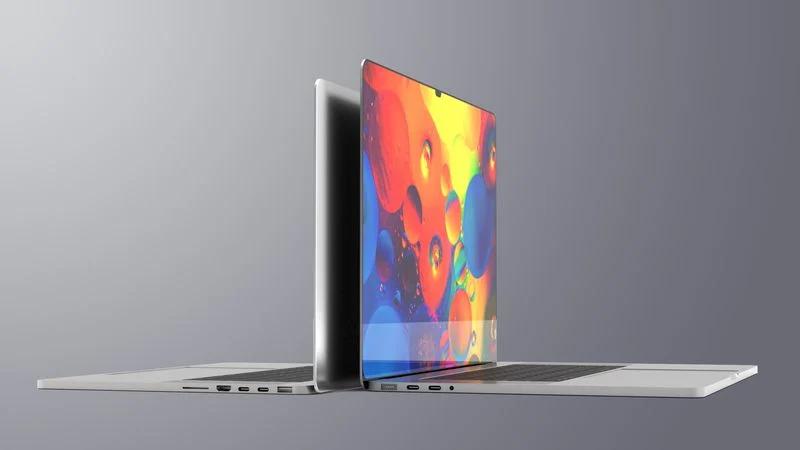 Both new MacBook Pros pack three USB-C Thunderbolt 4 ports for connecting to powerful 4K displays and speedy external storage drives, an HDMI port for use with monitors and TVs, an SDXC card slot for easily accessing photos and videos and a headphone jack that now supports high-impedance headphones — a popular standard among audiophiles and music producers that can offer richer sound.

But perhaps the biggest connectivity upgrade is the return of MagSafe, the magnetic charger port that was first made popular on the chunky old MacBooks from years and years ago. Just like the old versions, the MagSafe 3 cable will safely disconnect from your MacBook without sending your laptop flying if someone trips on it, and it can now charge your laptop up to 50% in 30 minutes. And if you have a high-speed USB-C cable you really like, you can still charge via one of the Thunderbolt ports. This is all a really nice upgrade from the last few years of MacBooks, which have been limited to two to four Thunderbolt ports and not much else.

Another change we’re really happy about is the MacBook Pro’s new keyboard, which finally ditches the highly polarizing Touch Bar in favor of a row of physical function keys for easily doing things like adjusting brightness, volume and media playback on the fly. The keyboard also has an attractive new black-on-black look but is otherwise the same Magic Keyboard we’ve loved using on last year’s models. If you’ve been waiting for Apple to drop the Touch Bar, these are the MacBooks for you.

You want a better display, webcam or speakers

The new MacBook Pro models make some notable upgrades to the display, which now features Mini LED technology for better brightness and contrast. We were really impressed by the improved brightness and color made possible by the latest iPad Pro’s Mini LED display, so we’re eager to see how it improves the viewing experience on Mac. Both new models also have slightly larger displays than previous generations, with slightly thinner bezels. The one catch is that the MacBook Pro now has a camera notch, though we think that’s a reasonable trade-off in the name of more screen space for work and play.

Speaking of the camera, the new Pros now have 1080p FaceTime cameras, which are sharper than the 720p webcams in current MacBooks. That should combine with some powerful processing smarts on the M1 Pro and Max chips to make you look especially clear and accurate on video calls, though we’ll have to see how this compares to the already solid cameras on last year’s models. Apple also says you’ll get better sound than ever, with a six-speaker sound system built to deliver up to 80% more bass and a built-in microphone designed to pick up less background noise.

You already have an M1 Mac

The new M1 Pro and M1 Max processors found in the latest MacBook Pros look to eclipse even last year’s beastly M1 MacBooks. But unless you’re a creative professional who needs the absolute best, we think that most folks who own an M1 MacBook (or even the 24-inch iMac) will be just fine with what they have for a while.

The M1-powered MacBook Air and 13-inch MacBook Pro remain some of the absolute best laptops we’ve tested — even the relatively affordable Air was able to juggle up to 14 demanding apps without issue, and could export 4K videos in mere seconds. These laptops still sit on the top of the mountain on many of our benchmark tests, even when put against newer notebooks like the Surface Laptop Studio and Dell XPS 13 OLED. The M1 Pro and M1 Max chips look like they’ll benefit those doing heavy-duty work (such as 3D rendering and advanced coding) the most — everyone else will still get lots of great mileage from their current M1 MacBook for years to come.

While this shouldn’t come as a shock, the sheer power of the 14-inch and 16-inch MacBook Pros doesn’t come cheap. These laptops start at $1,999 and $2,499, respectively, and that’s before you make any upgrades. Want the better performance of the M1 Max chip? That’ll be an extra $500. Need more memory? Get ready to pay up to $800 extra for added RAM. If you decide to trick out your MacBook Pro with more processing power, storage and memory, you could be looking at a $6,000 or so purchase.

Of course, the previous-gen MacBooks can still get pricey if you kit them out, but they start at much more attainable prices. The MacBook Air still goes for $999 — complete with that excellent performance we outlined above — and the 13-inch MacBook Pro isn’t much more at $1,299.

It’s also worth noting that the less beastly MacBooks are also a bit more portable, weighing up to 2 pounds less with thinner designs than the new Pros. So if you just need something great for video editing or Photoshop and aren’t trying to render a massive 3D world, the standard M1 models are still a great purchase that won’t run you a few thousand bucks.