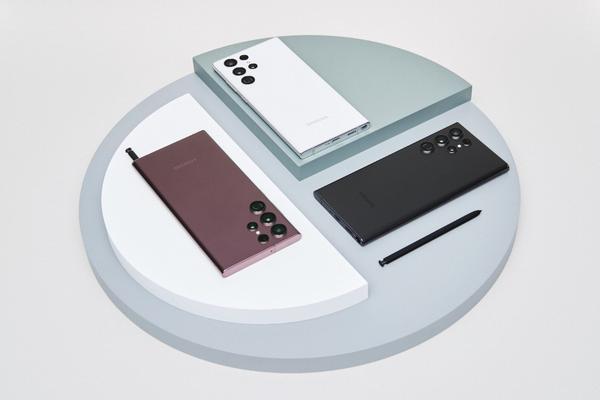 If you're planning on buying the recently launched Samsung Galaxy S22 flagship smartphones, we also suggest pairing them up with the right accessories, including a charger that's up to the task. The base S22 can charge at up to 25W, while the S22+ and the S22 Ultra can reach charging speeds of up to 45W, but only if you use a charger with both Power Delivery (PD) and Programmable Power Supply (PPS) support. Here are some of the best Galaxy S22 chargers that'll ensure you get the best experience out of your new smartphone(s).

Samsung may not be shipping a charger in the box anymore, but that's okay because it'd most likely be a 25W adapter anyway, and your Galaxy S22+ or S22 Ultra deserves the full 45W of Samsung's Super Fast Charging speeds. With this charger, you also get a USB-C to USB-C cable.

Anker's Nano II features folding prongs and GaN II chips to help keep both size and heat build-up to a minimum. It works great for everything from Chromebooks to laptops, but PPS support makes it ideal for the Galaxy S22 as well. It's worth mentioning you don't get a cable with this wall charger.

Elecjet got into the PPS charger game back when the Galaxy Note 10 launched and continues to be a solid option today. This 45W USB-C charger features a super-minimal design and the lack of any branding also helps it blend in with the rest of the chargers on your desk's power strip. 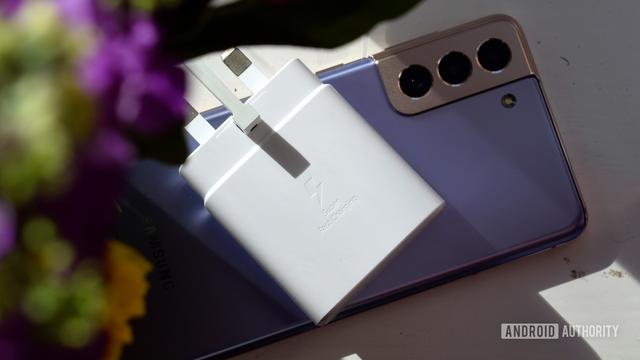 Spigen's Samsung-focused ArcStation Pro is a bright white charger that's about the size of Samsung's own offering. It has foldable prongs and Power Quality Technology, a feature that's designed to minimize voltage spikes that can damage your device(s).

Why buy a charger that only charges one thing when you can have one that can juice up multiple gadgets? Baseus' 65W charger features two USB-C ports and a USB-A port, but only the top plug (Type-C1) can do 45W, and it gets 45W no matter how many ports are in use.

Best for the Galaxy S22

The regular Galaxy S22 only supports wired charging speeds of up to 25W, so if you need a new nightstand charger and want to save a few bucks, Samsung's own 25W charger is the one to get. There's no cable included with the package.

Samsung's 45W Super Fast Charging Wall Charger is surprisingly affordable, but the lack of folding plugs means it's best suited for a home environment rather than carrying around in your backpack. If you're frequently on the move, go for a more compact (or more adaptable) option like the Anker Nano II or the Baseus 3-Port 65W Foldable Charger.

Anker's Nano II can also charge your best Chromebooks (among other devices), making it a one-stop solution. No matter what phone or laptop you want to juice up, this golf-ball-sized adapter will fast-charge them all.

The best Galaxy S22 charger is not just 25W

While 45W charging is limited to the Galaxy S22+ and S22 Ultra, you should consider buying a 45W (or higher) charger for the regular Galaxy S22 too. 45W is laptop-capable charging speed, so you'll be getting an accessory that's powerful enough to potentially charge every device in your bag during trips — or even at home, if you're living the "one charger to rule them all" lifestyle. It's far better to have a more powerful, widely adaptable charger than one that can only charge your phone in the age of USB Power Delivery.

You'll still only get 25W max speed with a 45W charger on the small Galaxy S22, so don't worry about it breaking your battery. The Programmable Power Supply protocol that Samsung's Super Fast Charging is built on uses a high-quality e-marked cable to negotiate just how much power the charger sends to the phone. You'll need to pick one of these up, too, if your charger didn't come with one, as Samsung only ships a 25W cable with the Galaxy S22.

Get the best of Android Central in in your inbox, every day!

Thank you for signing up to Android Central. You will receive a verification email shortly.

There was a problem. Please refresh the page and try again.