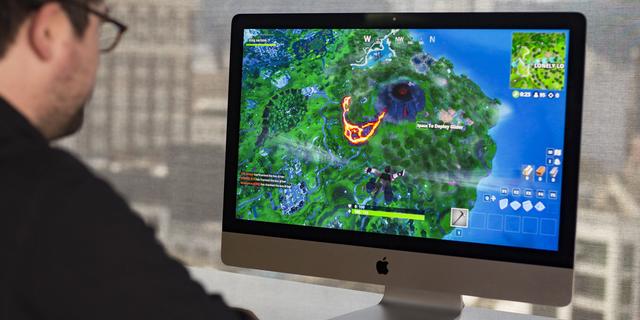 Can Fortnite Run On Mac?

Hoping to run some Fortnite but only have a Mac to play it on? Let’s find out whether you can still get involved or not…

Fortnite is a “Battle Royale” survival game in which 100 solos, 50 duos, 33 trios or 25 squads fight to be the last player or team standing in PvP combat.

After jumping from the Battle Bus as it glides over the Fortnite island, players must scavenge for weapons, ammunition, shields and various other tools on the floor, inside chests, or dropped from the skies tethered to hot air balloons.

Fortnite is one of the most widely played online video games. It can be played on nearly every operating system and device, however, some are certainly superior to others. Macs are well-known for their mediocre video gaming performance, however, Fortnite has grown considerably more Apple-friendly in recent macOS updates.

You might just need to fiddle with a few settings before you board the battle bus, but with our brief instruction, you’ll be the last man, or squad, standing very soon.

Can I Play Fortnite On Mac?

Although your gaming experience may not be as high-fidelity and first-rate as it would be on a Windows or new-gen console counterpart, it is certainly possible to download and play Fortnite on a Mac.

Important note: the ability to play Fortnite on Mac may change following the ongoing legal dispute between Epic Games and Apple.

To get Fortnite: Battle Royale and/or Fortnite: Save The World on your Mac, go to the Epic Games website and begin the download for your Mac. There will be a choice to download for PC/Mac when prompted by the Download button in the top-right corner of your screen.

If you don’t already have an Epic account, you’ll need to create one, otherwise, just sign in. After that, the EpicInstaller file will be downloaded, which you should run to begin the installation. If your Mac asks if you’re sure, drag the Epic Games Launcher icon to your Applications folder and confirm running the Launcher. The download and installation process will start immediately after.

Allowing Fortnite to download to the default location on your Mac is a wise choice when it asks you where you would prefer to store it. You should also pick the Auto-Update option to always keep Fortnite fully updated. Allow the game to finish downloading before selecting Launch to begin playing. 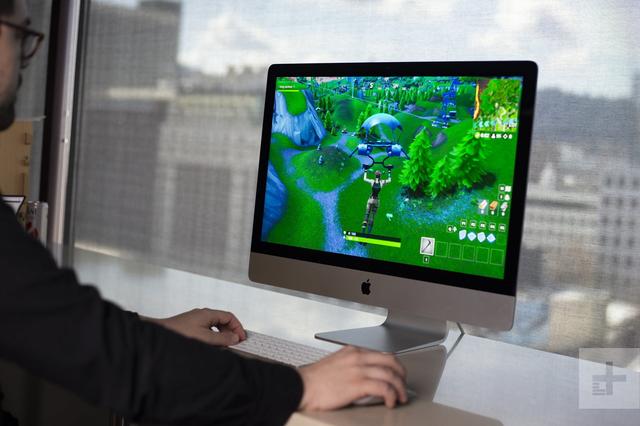 When deciding which in-game settings to use when playing Fortnite on your Mac, Epic gives information on minimal suggested and optimal requirements, which provide a more ideal experience. Minimum requirements are the minimum degree of capability.

If you’re on a tight budget or have an older Mac, the minimal requirements are as follows:

However, the following are the recommended settings for your game to look better and still run smooth:

While you might have the latest, state-of-the-art Mac that is capable of running Fortnite on all the Epic settings, this may not be the best thing to do if you want the game to run seamlessly to obtain a competitive advantage.

Removing shadows, optimising render distance, turning off motion blur and various other settings can mean you have the best chance of achieving those victory royales.

Here are all of the recommended settings for giving you a competitive advantage in Fortnite: Battle Royale:

Of course, it’s completely up to you which settings you prefer to use, however, these settings are the most commonly used in the Fortnite competitive scene.

If, for example, you want the game to look as good as it can do, then have your graphic settings all turned up to “Epic”. As long as you’re having fun and the game performance isn’t hindering your gaming performance, then go for it!

Alternatives To Using A Mac For Fortnite

Fortnite is available on a wide selection of platforms, so if your Mac isn’t giving you great performance or you’re looking for something a bit more powerful, you could head out and buy yourself any of the following:

If you opt for the Windows PC option, your PC specs will be important just as they are on Mac. Low-end, budget PCs will not be able to run Fortnite efficiently. In fact, if you’re thinking of spending any less than $600/£450, you may as well spend a little less and get one of the latest consoles, especially if you play on a controller.

If you’re concerned about being able to team up with your friends on Fortnite, the game is cross-platform, so don’t let this influence your decision. You don’t need to buy and play on Nintendo Switch just because your friends are.

If you decide your Mac is good enough and you’re happy to play Fortnite on that, then you can still play with your friends – there’s no need to fork out hundreds or maybe even thousands of dollars on a new PC, PlayStation or Xbox.

Jake is a professional copywriter, journalist, and life-long fan of technology. He covers news and user guides for KnowYourMobile.Explore more →

Many games utilise A.I. opposition within online multiplayer lobbies for a variety of reasons - but does Fortnite? Let's take a look...

Received a gift from the Fortnite item shop but you’re unsure how long you get to keep the item for? Let’s figure it out…

Fortnite On iOS And Android Just Got A Whole Lot Better, thanks to added controller support for iOS and Android users