As detailed earlier this afternoon, Craig Federighi is currently testifying during the Apple vs. Epic lawsuit. While facing questioning from Apple’s lawyers, Federighi made some interesting comments about security, particularly noting that the Mac currently has a level of malware that Apple “does not find acceptable.”

One of Federighi’s goals is to paint the iPhone ecosystem, including the App Store and lack of side-loading support, as a secure and trusted environment for users. To do this, it appears that part of Federighi’s strategy is to throw the Mac under the bus.

Judge Yvonne Gonzalez Rogers, who is presiding over the Epic vs. Apple case, asked Federighi about why the Mac can have multiple app stores, but not the iPhone. “It is regularly exploited on the Mac,” Federighi explained. “iOS has established a dramatically higher bar for customer protection. The Mac is not meeting that bar today.”

“Today, we have a level of malware on the Mac that we don’t find acceptable,” Federighi added.

The Apple executive also pointed to Android as another example of a platform with multiple app stores that suffers from security problems. “It’s well understood in the security community that Android has a malware problem,” he explained. “iOS has succeeded so far in staying ahead of the malware problem.” 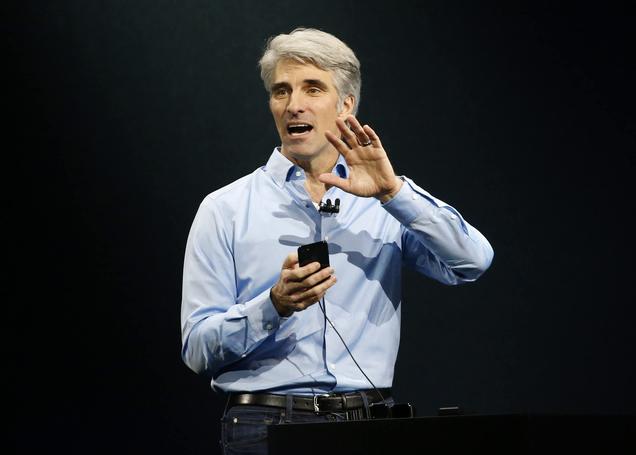 Federighi’s analogy is that the Mac is like a car:

The Mac is a car. You can take it off road if you want and you can drive wherever you want. That’s what you wanted to buy. There’s a certain level of responsibility required. With iOS, you wanted to buy something where children can operate an iOS device and feel safe doing so. It’s really a different product.

Federighi added that Apple is essentially playing “an endless game of whack-a-mole” with malware on the Mac and has to block “many instances” of infections that can affect “hundreds of thousands of people” every week. Since last May, Federighi testified there have been 130 types of Mac malware, and one of them infected 300,000 systems.

When asked if the Mac is a safe platform, Federighi explained that in terms of “PC-class devices” the Mac is “the safest possible.”

If operated correctly, much like that car, if you know how to operate a car and obey the rules of the road and are very cautious, yes. If not, I’ve had a couple of family members who have gotten malware on their Macs, but ultimately, I believe a Mac can be operated safely.

When asked whether side-loading would affect security on iOS, Federighi said things would change “dramatically. No human policy review could be enforced because if software could be signed by people and downloaded directly, you could put an unsafe app up and no one would check that policy,” he said.