Home Article Fortnite chapter 3 guide: Season 1, week 8 quests and how to complete them 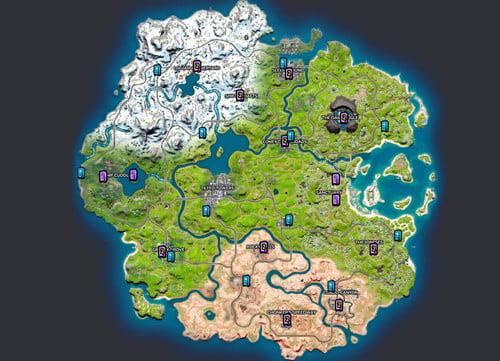 Fortnite chapter 3 guide: Season 1, week 8 quests and how to complete them

Another week, another brand new set of Fortnite challenges. For this week’s quest, you’ll be sent all around the map to collect items, talk to NPCs, and use emotes at specific locations. In general, the new quests aren’t too difficult, though, some do require some map knowledge, luck, and skill to complete. Thankfully, we’ve got you covered with guides on completing all of them.

These are the new season 1, week 8 quests, and how to complete them in Fortnite.

Much like one of the quests from last week, you’ll need to collect Klomberries, which are scattered around the map at fixed locations. As seen in the map above (thanks, Fortnite.gg), you should have a good idea of where they’re located. To complete this challenge, simply heal 30 HP worth by consuming Klomberries. Try jumping off a tall surface to take damage easily before healing. 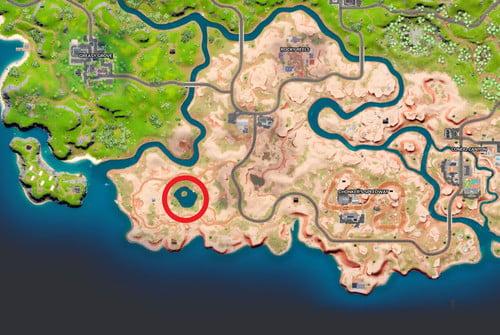 This one is a little trickier since it’s easy to overlook the different cactus types. In essence, land at the spot on the map above and you’ll find lots of different cacti around the lake to the west of Chonker’s Speedway. Just use your harvesting tool to destroy three different types of cactus (tall, short, round, and medium-sized).

Here’s another tricky one: The Klombo is a large dinosaur-like creature that spawns around the map. Unfortunately, they don’t spawn in the exact same spot each time, but we’ve actually had some luck coming across one at the lake from the previous challenge. As a refresher, this is the lake to the west of Chonker’s Speedway. Once you spot the creature, land on its back and then walk over to its blowhole on the top of its head. It will launch you into the air. From here, simply glide around until you’ve traveled 100 meters. It’s best to deploy your parachute right away so you can stay in the air as long as possible. A challenge tracker will appear in the top left of the screen as you glide, so you’ll know how much you need before you can hit the ground.

Dance for Llana at a Vending machine for 5 Seconds (1)

For this one, simply land at one of the vending machines shown above and use an emote or dance right in front of the machine.

This one requires you to eat pizza slices, which can be acquired at Pizza Pit in Tilted Towers. Pizza Pit is in the center of this area on the ground floor, so walk in, speak with the Tomato Head NPC, and buy the Pizza Party item from him for 50 gold bars. Then, throw the pizza on the ground and then interact with it to Eat a Slice. Make sure you eat two slices to complete the challenge.

As you play, keep an eye out for explosive weapons such as grenades or rocket launchers. Keep them on you and then use them on an opponent. If you’re struggling, try playing in a team-based mode. You can then down an opponent and finish them off with an explosive much easier. Just remember, you need to deal 100 HP worth of damage to finish this challenge. Thankfully, it doesn’t have to be done all in the same match, so if you don’t deal 100 damage in one go, you can pick up where you left off in another game.

Talk to Haven, Shanta, or Galactico (1)

The final one is pretty straightforward, though you might not know where to go exactly. As shown in the map above (thanks again, Fortnite.gg), you’ll see all three locations of Talk to Haven, Shanta, or Galactico. For this challenge, all you need to do is visit one of the three NPCs and talk to them.