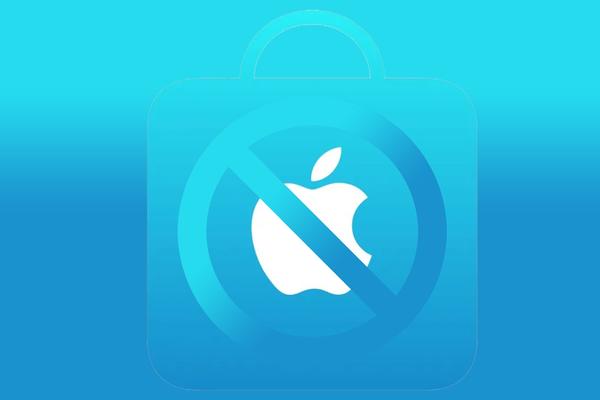 New Apple products are expected to be announced at the company's "Peek Performance" event on March 8, so prospective customers should now hold off on buying at least four currently-available Apple devices until updated models launch.

Based on reports from reliable sources over the past two years, Apple is expected to announce replacements for at least four of its current devices with new models featuring moderate to major upgrades at its spring event.

This is supported by regulatory filings in the Eurasian Economic Commission (EEC) database, where Apple recently submitted four different devices, including various smartphone, tablet, desktop computer, and laptop models, indicating that these devices will launch imminently.

The second-generation iPhone SE from 2020 is expected to be replaced with a new model that headlines with features including 5G connectivity and a faster processor.

According to a range of reports from reliable sources, the third-generation ‌iPhone SE‌ is expected to sport four main upgrades:

The design of the ‌iPhone SE‌, including its Black, White, and Red color options and 4.7-inch LCD display, and all other aspects are expected to remain the same.

5G connectivity is expected to be the main selling point of the new ‌‌iPhone SE‌‌, with the device set to become Apple's most affordable 5G iPhone‌. Apple's current lowest-priced 5G iPhone is the $599 iPhone 12 mini, but the ‌‌iPhone SE‌‌ will be significantly cheaper at $399 if it remains at the same price as the 2020 model.

Moreover, the A15 Bionic is expected to bring substantial performance and efficiency improvements over the A13 chip in the current ‌iPhone SE‌. The iPhone 13 mini greatly benefited from the A15's improved efficiency to prolong its battery life, so similar improvements for the ‌iPhone SE‌ seem likely.

Display analyst Ross Young has said that the ‌‌‌iPhone SE‌‌‌ could be called the "‌iPhone SE‌ Plus" even though it is not getting a larger display. Historically, the "Plus" naming has denoted a larger screen size, but Apple could use it to denote a minor update with 5G connectivity to differentiate it from the 2020 version. It could also just stick with the standard ‌‌‌iPhone SE‌‌‌ name.

The fourth-generation iPad Air from 2020 is reportedly set to be replaced by a new model that brings internal upgrades, similar to what is expected for the 2022 iPhone SE.

There are five main new features expected for the fifth-generation ‌iPad Air‌:

Although the design of the ‌iPad Air‌ is expected to remain the same, new color options seem likely for this sort of refresh.

Most of the fifth-generation ‌iPad Air‌'s upgrades bring it in line with the sixth-generation iPad mini that Apple launched late last year, suggesting that it will get the same downclocked version of the A15 chip and sub-6GHz 5G connectivity.

Apple has been believed to be working on a new Mac mini for some time. Apple updated the entry-level Mac mini with the M1 chip in November 2020, but the high-end offering is still the Space Gray model with an Intel processor from 2018. It is this high-end model that is expected to be replaced this year with an all-new Apple silicon model.

The high-end ‌Mac mini‌ is expected to get a the machine's first redesign since 2010, headlining with three notable changes:

According to leaker Jon Prosser, who shared renders of the new Mac mini's alleged design last year, the new ‌Mac mini‌ will retain a similar form factor to the current ‌Mac mini‌, but with an overall reduction in size. The design itself is said to be moving away from the unibody aluminum enclosure in favor of a a "plexiglass-like" top that sits above an aluminum frame. This new design appears to be strongly evocative of the first-generation Apple TV.

The rear of the device is said to feature the same ports that are currently available with the high-end Intel-based ‌Mac mini‌, including four Thunderbolt ports, two USB-A ports, one Ethernet port, and one HDMI port.

It is unclear if the entry-level ‌Mac mini‌ will also be getting an upgrade, but with the 13-inch MacBook Pro with the ‌M1‌ chip looking likely to get an upgrade to the M2 chip this spring, a similar upgrade for the entry-level M1-based Mac mini seems plausible.

Unlike the major redesign that Apple gave to its high-end MacBook Pro models last year, just two changes are expected for the new 13-inch MacBook Pro:

The headline feature of the new 13-inch MacBook Pro is expected to be the "‌M2‌" chip. The M2 chip is said to feature the same number of computing cores as the ‌M1‌ chip, but it will run faster and offer nine or 10 graphics cores, up from seven or eight in the ‌M1‌. It is also likely that there will be speed and efficiency improvements, especially if the chip is built on a smaller node.

Most rumors suggest the 13-inch MacBook Pro will see no design changes, continuing to feature the same chassis with a Touch Bar, a feature that has been eliminated from the 14- and 16-inch MacBook Pro models. Not all rumors agree on the presence of the Touch Bar, however, as Bloomberg's Mark Gurman has suggested that Apple will remove it from the entry-level MacBook Pro, bringing the machine in line with the high-end models.

Given its lower price point, the updated 13-inch MacBook Pro is not expected to feature a mini-LED display, 120Hz ProMotion refresh rates, additional ports, MagSafe charging, or any other features that came to the high-end models last year.

Beyond its chip, details about the new MacBook Pro are largely unclear, but there are significant questions around how the new entry-level machine will take the middle ground between the new ‌M2‌ ‌MacBook Air‌ that is expected to launch later this year and the current high-end MacBook Pro.

which apple laptop is best