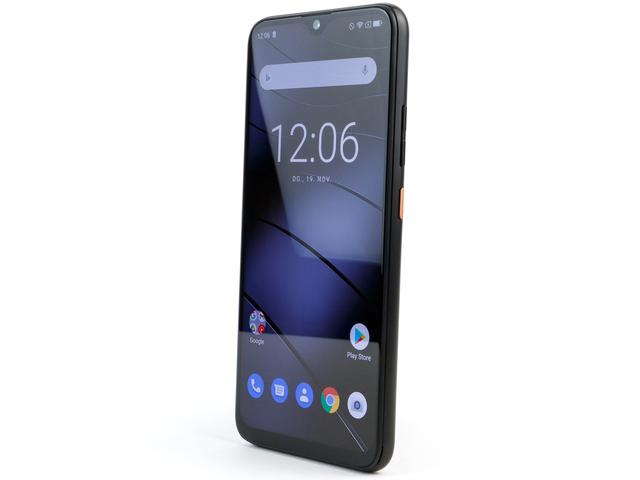 The Gigaset GS4 is available in black and white. Those who buy it directly from the manufacturer's online store can also have the smartphone engraved. The Gigaset can be held well in the hand due to its rounded edges, but it is quite heavy. The glass back is neatly integrated into the plastic frame and the smartphone generally impresses with a good build quality. The cameras are also integrated flat into the casing

In fact, the back of the GS4 is only attached, but beware, before removing it, the SIM tray should be taken out. Then the battery can also be changed by the user. 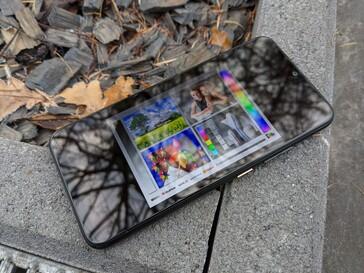 The fingerprint scanner on the back unlocks the phone at an appealing speed and works reliably. The unlocking process also works directly from standby and takes the user directly to the home screen or to a still open app. It also supports gestures like scrolling through the system and opening and triggering the camera. Alternatively, 2D face recognition is also available. The vibration motor is quite loud and spongy

The USB-C port supports OTG. A jack port is also on board. An optional headset connected there serves as an antenna for the integrated radio receiver. A small notification LED is also hidden to the right of the front-facing camera

In general, Gigaset has integrated many small software features into the Android 10 interface and also has an extended gesture control, among other things. An update to Android 11 is to follow. However, Gigaset does not provide DRM certification, so correspondingly protected content cannot be viewed in HD

The Wi-Fi module of the Gigaset GS4 delivers stable transmission rates in both directions in combination with our reference router Netgear Nighthawk AX12. We also liked the range in the test. The smartphone accesses the data network via LTE at best and covers all relevant bands in this country except for band 28, but not much more

The voice quality is good; the GS4 delivers a low-noise and clear communication especially when held to the ear. The user is rendered muffled and quieter via the speaker, but we could not determine a reverb. The speaker's range is also decent and the GS4 user remains well intelligible even at a distance of more than one meter. VoLTE and WLAN calling are supported and Gigaset offers full dual-SIM support (2x nano)