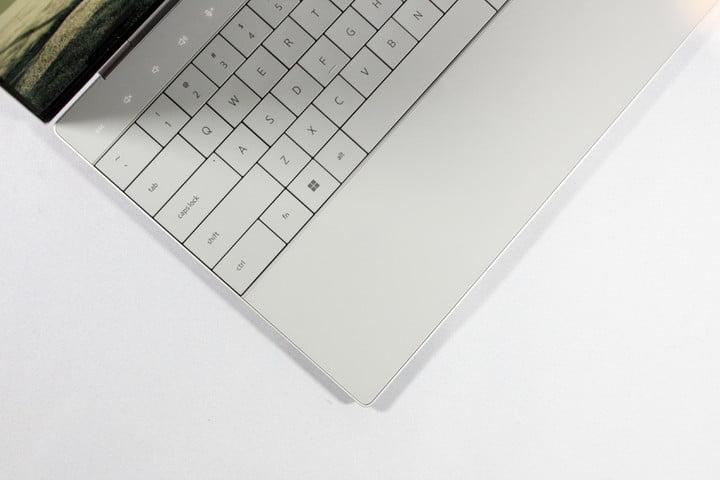 Touchpads, trackpads, whatever you call them — it’s one of the most utilized parts of your laptop, and at CES 2022, it’s undergoing a major change.

With four new flagship laptops opting for a haptic feedback trackpad rather than a physical click mechanism, the beginnings of a growing trend are building. And if you ask me, that’s a good thing.

Of the best new laptops at CES 2022, it was impossible not to note the rising popularity of haptic trackpads.

Lenovo was one of the first Windows manufacturers to try out haptics in a touchpad with the 2020 Yoga 9i. The feature spread to the ThinkPad Titanium Yoga in 2021. And now, this year, the new ThinkPad Z13 and Z16 both use this haptic trackpad, along with the refresh of the Yoga 9i.

So yes, Lenovo is all in. But now, Dell, HP, and more have all jumped on the bandwagon too.

Take the Dell XPS 13 Plus, for example. The haptic touchpad is built right into a single piece of glass that makes up both the tracking surface and the palm rests. There’s not even a line to distinguish the two. 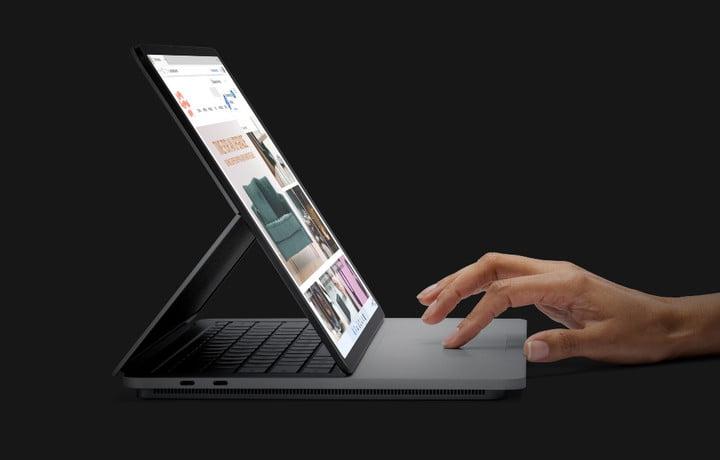 If it were only that device, I might chalk it up to a one-off experimental feature. When I saw that HP was announcing its first haptic trackpad on Chromebooks with the Elite Dragonfly Chromebook, I was convinced. These are signs that this technology is moving beyond just premium Windows laptop territory. It’ll only be a matter of time before this type of technology is expected in all flagship laptops.

That might not sound like a ton, but with Dell, HP, Asus, and Lenovo all on board, it’s only a matter of time before we see even wider adoption.

As much as laptop buyers may be skeptical, there is a number of important benefits to choosing haptics over mechanical parts. Laptops can be thinner, there’s a reduced chance of mechanical failure, and even less room for variation in quality.

Apple’s trackpads have always been my favorite, largely thanks to how quiet yet responsive the haptics are. I’m still convinced that most MacBook owners are completely unaware that there’s no physical button there at all.

For years, Apple has had its Force Touch trackpad. It showed up as an advanced feature first in the 2015 MacBook, and then rolled out to the rest of the Mac lineup, to everything from the MacBook Air to the Magic Trackpad Mac accessory.

For years, Windows laptops ignored this trend and continued on with conventional touchpads. But the inklings of a sea change happened in 2021, most notably with Microsoft’s Surface Laptop Studio. The implementation was every bit as convincing as Apple’s, and even better, given the ability to tweak the sensitivity of the haptics right in Settings.

A similar adoption rate occurred with display aspect ratio lately. MacBooks have been using 16:10 for many years, while most Windows laptops were happily sticking to 16:9. But then, a couple of machines adopted 16:10 (or even 3:2) in one year. A couple of years later? You’ll be hard-pressed to find more than a couple of new laptops that are sold with 16:9 panels.

The explanation for the slow evolution comes down to hardware contracts and supply chains. The manufacturers of Windows laptops don’t actually make displays or touchpads — nor do they ship the amount of volume in a single design to convince a component manufacturer to mass-produce. So, until the demand is large enough, it can be expensive and difficult to produce a new piece of hardware.

In the case of haptic trackpads, one of the new manufacturing partners is a company called Sensel. The young California-based startup’s first confirmed implementation of haptics showed up in the ThinkPad X1 Titanium Yoga. The company hasn’t confirmed its touchpads being used in this latest crop of new laptops, but it’s safe to assume that as more partners sign on, the interest in this technology will only grow.

By CES 2023, I wouldn’t be surprised to see the number of new laptops that use haptic feedback trackpads double. If we’re lucky, they may even pop up in some midrange and budget-level devices.

how to enable touchpad on samsung laptop