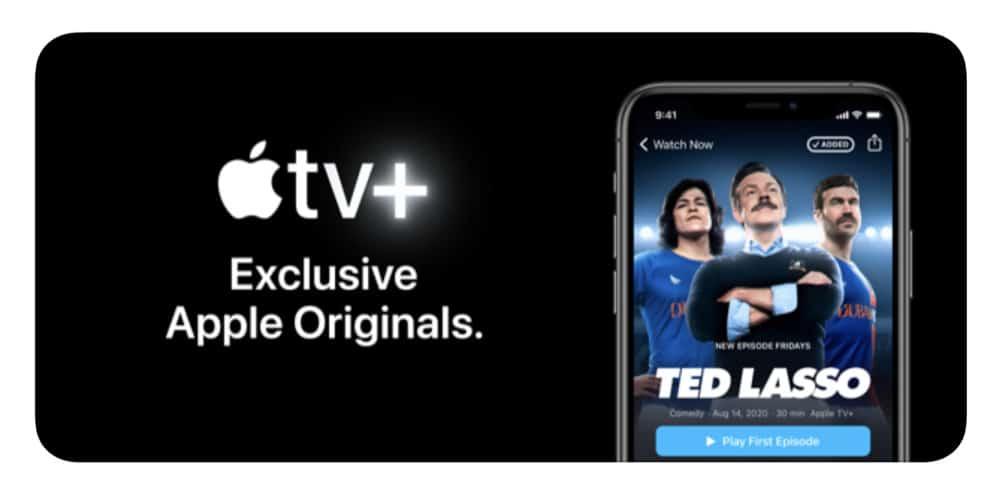 Apple allows you to download shows to mobile devices and Macs.

Wondering how to download Apple TV+ videos? Read on!

Apple TV+ is one of the newest and also least-used video streaming services out there. Apple has never released its exact numbers of subscribers, but people generally estimate that the company has fewer that 20 million at any given time.

That’s a pity because Apple TV+ does have some really good content, like Foundation, Ted Lasso, and the feature-film Finch (starring Tom Hanks). But what turns many people off about Apple TV+ is that it doesn’t have a lot of content. And there’s a reason why…

Apple is intent on only offering original content on its platform. That means it does not have the dearth of third-party content like Netflix and Amazon Prime Video have, nor does it have decades worth of first-party content like Disney Plus has. Apple tries to make up for this lack of content by pricing its Apple TV+ service very aggressively. Apple TV+ is only $4.99 a month – far cheaper than competitors.

Of course, as time goes on Apple TV+ becomes an even better deal because Apple adds new content to the service weekly, growing its catalog of videos with each addition. And given the quality of the shows it has, in a few years Apple TV+ could realistically be lauded as the service with the best original programming. 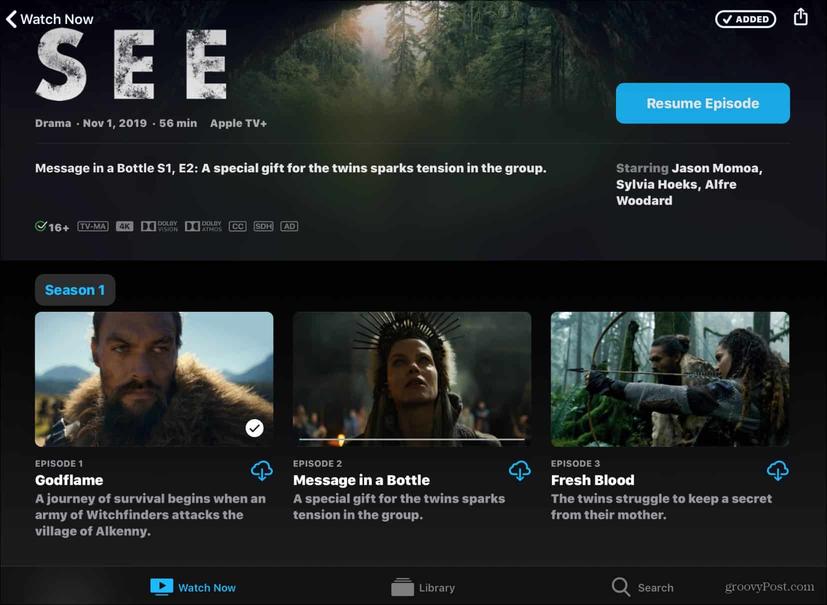 But besides content, Apple TV+ also has some nifty app-based features, like allowing downloads for offline viewing. Here’s how to do that:

Apple does not allow you to download entire seasons a=of shows at a time, but you can download all the episodes of the show individually. Here’s how:

The episode will begin downloading and be saved to the Downloads section of the TV app.

How To Download Movies From Apple TV+ For Offline Viewing

Apple TV+ also lets you download movies on the service for offline viewing. Here’s how:

The episode will begin downloading and be saved to the Downloads section of the TV app.

Also, note that you can download TV shows and movies on Apple TV+ in the macOS TV app. This lets you save the content to your Mac for offline viewing (like when on a plane).

Once you’ve downloaded content from Apple TV+ for offline viewing, you can find it in the TV app.

Also, have a look at What’s New In iOS 15.2! And don’t forget to discover How To Get Apple TV’s Screensavers On Your Mac! And take a look at How Do I Watch Major League Baseball On Apple TV+?

Apple expert and novelist, Michael Grothaus has been covering tech on KnowYourMobile for the best part of 10 years. Prior to this, he worked at Apple. And before that, he was a film journalist. Michael is a published author; his book Epiphany Jones was voted as one of the best novels about Hollywood by Entertainment Weekly. Michael is also a writer at other publications including VICE and Fast Company.
how to download netflix movie on apple laptop