Here’s how to download Netflix videos for offline viewing!

Wondering how to download Netflix movies and TV shows? Netflix is the most popular streaming service for movies and TV shows out there. The company has well over 200 million global subscribers and its content is frequently among the cultural zeitgeist (Squid Game, anyone?).

Of course, one of the big complaints about Netflix is that it’s hard to find movies and TV shows you want to watch. Discoverability has always been an issue here. But to be fair to Netflix, they have been trying to make discoverability easier in recent years, and their algorithms that suggest what to watch next do seem to have gotten better as of late. 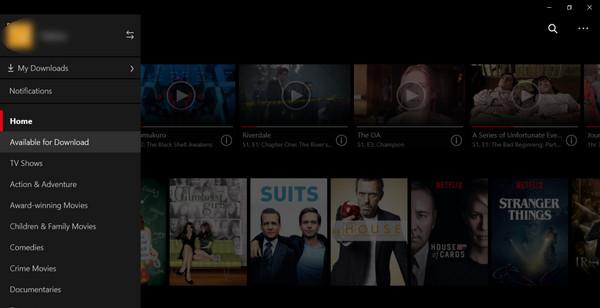 How To Download Movies From Netflix For Offline Viewing

The download will now start and you will see a progress indicator appear where the Download’s button was. After the movie has finished downloading it will be viewable in the Netflix app’s “Downloads” section in the app’s main toolbar.

How To Download TV Show Episodes From Netflix For Offline Viewing

The download will now start and you will see a progress indicator appear where the Download’s button was. After the TV show has finished downloading it will be viewable in the Netflix app’s “Downloads” section in the app’s main toolbar.

Unfortunately, it doesn’t appear that Netflix allows for downloading of full TV show seasons at a time. This means that if you want to download an entire season of a TV show, you’ll need to manually download every episode in that season manually.

How To View Your Downloaded Netflix Movies And TV Shows Offline

After you’ve downloaded Netflix content you’ll be able to view it anytime in the app no matter if you have an internet connection or not. To view your Netflix downloads:

Deleting a downloaded TV show or movie is easy, too. Just swipe left on it to reveal the delete button and tap its delete button. This will delete the downloaded content and free up space on your smartphone.

Check out How To Download Disney Plus Videos, too! And take a look at Netflix Could Be Adding Force Feedback To Shows. Also, check out Netflix’s Witcher Show – Everything You Need To Know. And be sure to check out This INSANE List Of Secret Netflix Codes Unlocks Hidden Movies & Shows. Don’t forget to look at Is Disney+ 100% Worth It? Let’s Investigate (PROS & CONS)…

Apple expert and novelist, Michael Grothaus has been covering tech on KnowYourMobile for the best part of 10 years. Prior to this, he worked at Apple. And before that, he was a film journalist. Michael is a published author; his book Epiphany Jones was voted as one of the best novels about Hollywood by Entertainment Weekly. Michael is also a writer at other publications including VICE and Fast Company.
how to download netflix movie on apple laptop