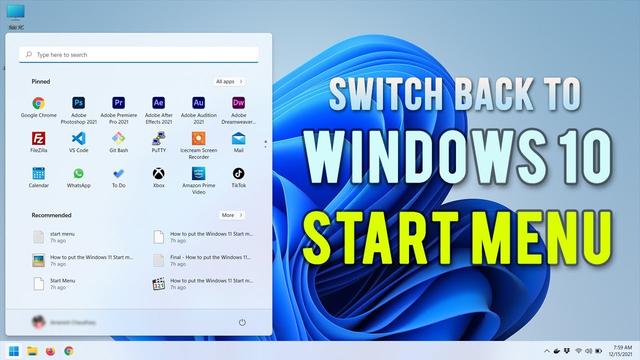 When you upgrade from Windows 10 to Windows 11, one of the first things you may do is wonder: where the heck is my Start menu? Traditionally, the Windows Start menu has been in the lower left corner of the screen, but when your new version of Windows appears, you’ll find the Start icon among a group of icons in the center of your taskbar at the bottom of the screen.

Click on the Start menu icon, and things will look very different as well. Instead of the large square Live Tiles that used to pop up, you have a much more modest set of app icons, mostly showing Microsoft-related apps, pinned to the main page. Click on “All apps” on the top right corner (just below the search field) and you get the familiar A-to-Z listing of apps. But no tiles.

Look below the app icons, and you’ll find a “Recommended” section, which offers apps that Microsoft thinks you should try (such as Teams), and if you click on the “More” button, some of the files or apps you may have used recently.

By the way, that search field? Click in that, and the Start menu will open up, giving you immediate access to File Explorer, settings, and other apps. 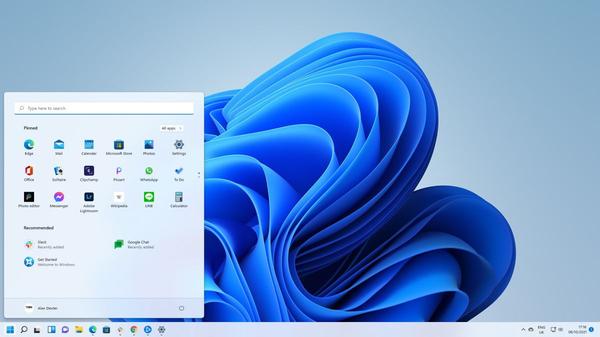 While some may appreciate this more puritanical version to the Start menu, others who have gotten used to the more configurable version in Windows 10 may want to know how they can go back to the more familiar, and more personal, version.

You can get some of the way there by moving the centered apps to the left of the taskbar:

While this will place the Start menu back where you expected it, it will not restore the one you were used to. To get that back, you’re going to have to go to a third-party app.

As this was being written, there was already at least one available. Stardock, a company whose Start10 app allows Windows 10 users to keep their beloved Windows 7 menu UI, has already made available a beta of its Start11 app, which it says will bring back the classic Windows 10 Start menu. The apps costs $5.

So far, Start11 is the only app we’ve found that purports to restore the Windows 10 menu system. It is sure not to be the last, though — there were several apps out there that catered to Windows 7 fans when Windows 10 came out, and you can bet that there will soon be other alternatives for the Windows 10 “look” as well. (There are some regedit hacks floating around out there, but most are either very elaborate or were made useless somewhere along Microsoft’s beta cycle.)

If a better solution presents itself, we’ll be sure to let you know.

how to recover samsung laptop windows 7