Home Article How to use an iPad as a second monitor 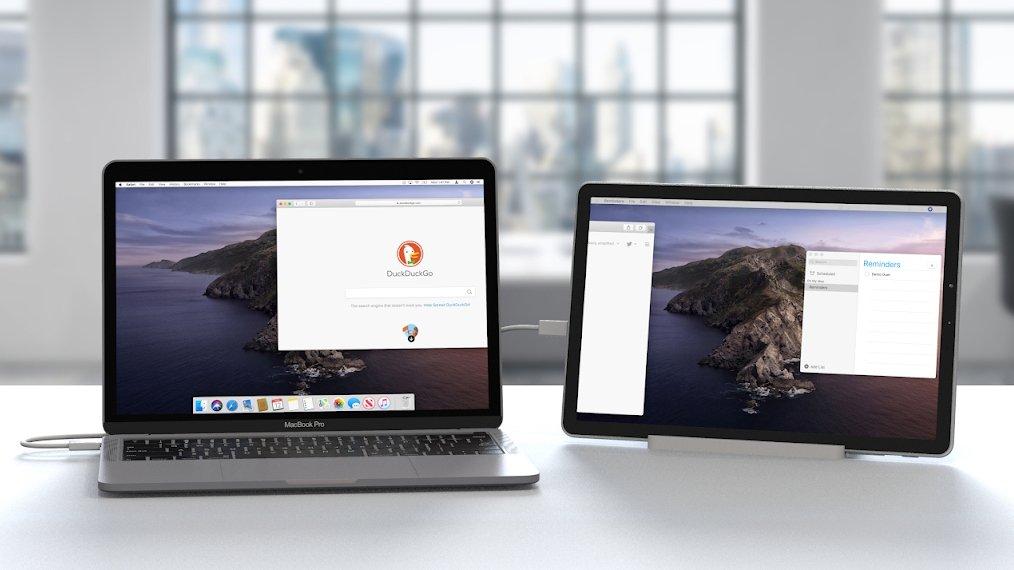 How to use an iPad as a second monitor

If there's one thing that's better than the Retina display on your MacBook or iMac, it's plugging in a second screen. That's all very well if you have a spare screen, or the cash for an additional display, but what if you don't? Can you use your iPad as a second monitor? The answer is, yes, you can.

It's actually been something you can do for some time. First via third-party software and then after the launch of macOS Catalina in 2019 when Apple introduced the Sidecar feature, which meant that the screen of a compatible iPad could be selected as a display for a compatible Macs.

In macOS Monterey that got even better with Universal Control, which although delayed from the initial launch of Monterey in 2021, finally arrived with macOS 12.3 in March 2022. With Universal control you can move your mouse between the Mac and iPad screen (and second Mac) screen and use the samekeyboard with both devices.

The difference between Universal Control and Sidecar is that with Universal Control you can use the keyboard and mouse with your iPad as if it is an iPad still. But with Sidecar the iPad becomes a secondary screen for the Mac - showing the Mac interface. If you want the iPad to remain an iPad while you are using it read How to use Universal Control.

Can I use my iPad as a display for my Mac?

Before we explain what you need to do to use your iPad as a display for your Mac you need to check that both your Mac and iPad support the feature as not all Macs and iPad can use Sidecar or Universal Control.

You'll need the following for Sidecar:

Assuming you have the right equipment (as per the list above) you will be able to use your iPad as a second screen for your Mac, either mirroring it or extending your display so that you can fit in even more windows. You can choose to plug the iPad directly into the Mac or connect it wirelessly using Bluetooth and Continuity (within a range of 10m). There's not much of a difference in terms of delay, but you might find your iPad battery lasts a little longer if plugged in.

Use Sidecar to extend a Mac to an iPad screen

Setting up the iPad as a second display is, in typical Apple style, fairly straightforward.

Make sure your iPad is unlocked and the screen on before you begin (if your iPad turns itself off after a minute it's worth adjusting this while you are getting set up).

The process is slightly different if you aren't running Monterey 12.4 of later.

Use Sidecar to mirror a Mac to an iPad screen

If you want to Mirror the display, perhaps because you want to walk away from your Mac and show someone something on your screen, using the iPad as a mirrored display might suit you. But note you can't use touch to control the interface so you won't be able to swipe and tap, you'll need the mouse and keyboard.

To mirror your Mac display to your iPad follow these steps:

The process is slightly different if you aren't running Monterey 12.4 of later.

Other features of Sidecar

There's much more to Sidecar than simply extending your workspace. Other features include:

The following iPads can be used as graphics tablets (with Apple Pencil 2):

But what if you have a Mac that doesn't support Sidecar or Universal Control? There are some third-party tools that allow you to use your iPad as a monitor for your Mac, but unlike Apple's built-in option, these are paid-for apps.

Note that macOS 10.13.4 (High Sierra) broke some of the DisplayLink functionality that these apps rely on, but that issue was resolved with the release of macOS Mojave 10.14.2, so it shouldn't be a problem now - as long as you aren't running that version of High Sierra.

In this example, we're using Duet Display, which was developed by a team of ex-Apple engineers. Duet Display allows you to use the tablet as a second display not just on your Mac, but a PC too.

Duet Display also provides limited touchscreen support, allowing you to tap and swipe your way around macOS. It means you don't have to spend your time moving your mouse between the two screens, which becomes especially laborious when using a trackpad and again, enables users to be more productive.

We'll show you how to set up Duet display to use your iPad (or any other iPad or iPhone) as a second display for your Mac or PC.

Here's an overview of how to use your iPad Pro as a second display using Duet Display:

If you are using your Mac with an external screen and want to close the lid on your MacBook, here's how to use MacBook with the lid closed, and For more Mac tips, take a look at our top Mac tips, tricks and timesavers.