Home Article How to Use Split Screen on iPad 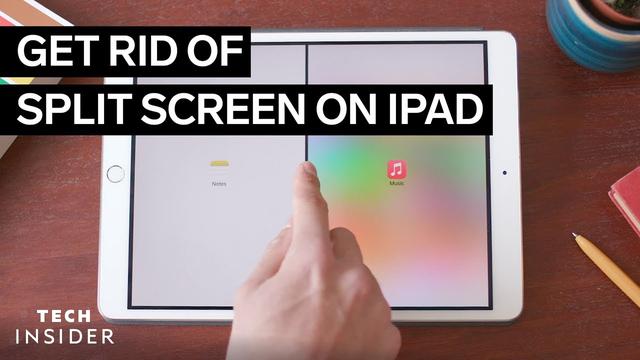 How to Use Split Screen on iPad

In iPadOS, Apple includes several multitasking options that let you work with more than one app on your iPad at the same time. This allows apps that support multitasking to be used in a few different ways. This article looks at Split View, which makes two apps appear side by side in a split screen arrangement. Be sure to check out our separate Slide Over how-to guide by clicking the link. We've also provided the link at the end of this article.

Split View in actionRecent feature additions to iPadOS make multitasking on iPad easier than ever, thanks largely to a new Multitasking menu that appears as three dots positioned centrally at the top of the screen when an app is open. Tapping the three dots reveals the following options: Fullscreen, Split View, and Slide Over.

Fullscreen is the default viewing mode with one app open. Split View, by contrast, is when two apps appear side by side on the screen, and you can resize the apps by dragging the divider that appears between them. Then there's Slide Over, in which one app appears over another in a smaller floating window that you can drag to the left or right-hand side of the screen. Let's look at how Split View works.

How to Use Split View on iPad

How to Use the Dock to Invoke Split View

How to Adjust Split View

To adjust the amount of screen real estate given over to either app in Split View, drag the app divider to the left or right. 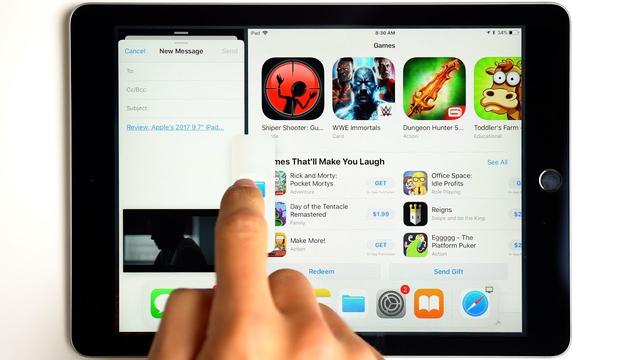 How to Replace An App in Split View

When you have two apps open in Split View, it's possible to replace one of them with a different app. Here's how.

How to Return to Fullscreen

When in Split View, you can remove one app and expand the other to go fullscreen. There are three ways you can do this.

Did you know that you can drag and drop between apps using Split View and Slide Over? Read our dedicated drag-and-drop how-to article to learn more, and don't forget to check out our dedicated Slide Over multitasking guide by clicking the link.