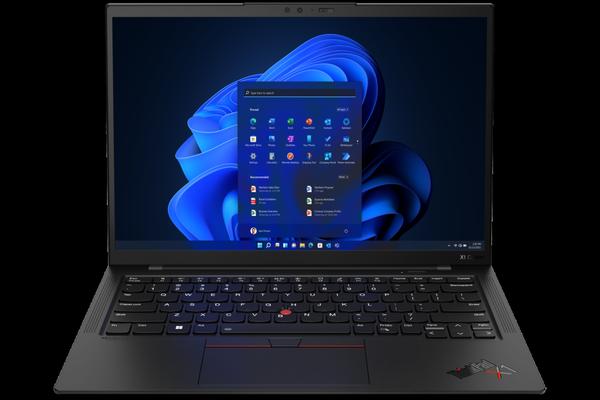 At CES 2022, many companies announced new laptops, upgrades, or refreshed versions of their laptops. Many of the laptops getting upgraded are already some of the best laptops you can buy today, but with new Intel processors and other upgrades, they’re getting even better. Among the companies introducing new devices, HP and Lenovo debuted some great new devices, including the HP Elite Dragonfly G3 and the Lenovo ThinkPad X1 Carbon Gen 10.

These two are very direct competitors, as they’re both business laptops with a clamshell form factor. So what do you do if you’re trying to decide between the two? We’re here to help, and in this article, we’ll be comparing the HP Elite Dragonfly G3 to the ThinkPad X1 Carbon Gen 10 to help you find out why you might prefer one over the other. Without further ado, let’s dive right into it.

At first glance, there’s a lot that these laptops have in common, but there are some noteworthy differences throughout, too. Let’s take a closer look. We’ll leave performance for last because this is one area we don’t know a lot about yet.

Let’s start by talking about the display, which is noticeably different between the two. The HP Elite Dragonfly G3 comes with a 13.5-inch display, and for the first time in the lineup, it has a 3:2 aspect ratio. That’s a lot taller than the previous 16:9 display, but it’s also taller than the 16:10 aspect ratio of the ThinkPad. The base configuration has Full HD+ (1920 x 1280) resolution and 400 nits of brightness, but you can add an HP Sure View privacy screen with 1000 nits of brightness, or upgrade to the 3K2K (3000 x 2000) OLED option. This model is very sharp and it comes with the usual benefits of OLED like true blacks and high contrast ratios. Plus, it supports touch, while the other models don’t.

You do get a lot more options with the ThinkPad X1 Carbon, but the HP Elite Dragonfly G3 also offers a great display experience, and you really can’t go wrong with either of these. Some might prefer the simplicity of choosing a display for the Elite Dragonfly G3, but the ThinkPad gives you more options to tailor the laptop to your budget and needs. 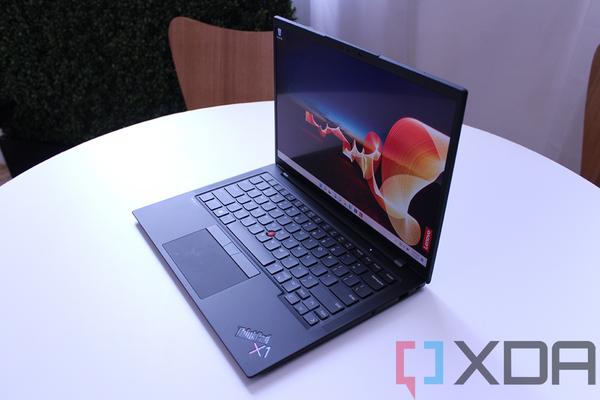 As for the webcam, both HP and Lenovo have realized the importance of a good camera in this day and age. HP has gone all the way and included a 5MP/1080p camera enhanced by HP Presence, which does things like smart auto framing so you stay in the frame even if you move around a bit. It also supports Windows Hello facial recognition with a separate IR camera.

Lenovo still includes a 720p camera in the base model, but you can upgrade to a 1080p version, add an IR camera, and even computer vision. This can, for example, determine whether your laptop’s screen should turn on when someone approaches it, as opposed to someone passing in front of the screen briefly. Both laptops offer great cameras, but HP includes it across the board so you don’t have to think about which model to get, and that gives it an advantage.

Design and connectivity: The HP Elite Dragonfly G3 is lighter and smaller

Moving on to the design, this is another area where the two laptops differ quite a bit. The HP Elite Dragonfly G3 is smaller in width and depth, but it is a little thicker than the ThinkPad X1 Carbon, measuring 16.4mm. However, it weighs just 2.2lbs, or under a kilogram, so it’s the more portable in that regard. In terms of looks, the Elite Dragonfly G3 comes in two colors, Natural Silver and Slate Blue, with the latter being almost black.

The Lenovo ThinkPad Xx1 Carbon is slightly larger, as we’ve mentioned, but is thinner – models with a 720p webcam are just 14.95mm thin, while adding a 1080p webcam takes it up to 15.36mm. Its weight starts at 2.48lbs, so it’s a little heavier than the Dragonfly G3, but both laptops are easy to carry around. As for looks the ThinkPad X1 Carbon has the iconic deep black chassis with red accents, which some may like, and some may not. It also includes certain iconic features like the TrackPoint and mouse buttons above the touchpad, while the Elite Dragonfly uses its available space to include a very large touchpad instead. This is a very subjective topic, though I’d personally choose the HP laptop in this case.

As for ports, the two laptops are very similar. Both have two Thunderbolt 4 ports, HDMI, a headphone jack, and an optional nano SIM slot if you add cellular connectivity. The only difference is that the ThinkPad X1 Carbon has two USB Type-A ports, while the HP Elite Dragonfly G3 only has one.

The same goes for wireless connectivity, with both laptops supporting Wi-Fi 6, Bluetooth 5.2, and optional cellular support. Both come in 4G LTE and 5G flavors, though HP hasn’t specified which modem it’s using for the Elite Dragonfly G3, so we don’t know how the maximum theoretical speeds compare to each other.

Performance: It should be almost identical

As we mentioned at the top, performance is one area where these two laptops are likely to be in the same ballpark, with one caveat. While both laptops will have 12th-generation Intel Core processors, HP hasn’t said if it’s using U-series or P-series processors in the Elite Dragonfly G3. Lenovo is using the new 28W P-series processors, which might give it a big advantage over the Elite Dragonfly if it uses the typical 15W processors we’ve seen in the past.

Otherwise, all of these processors use Intel’s new hybrid architecture, which should result in both increased performance and better power efficiency. Both laptops also include Intel Iris Xe graphics for light GPU workloads.

Aside from the processor, the two laptops share a lot of the same specs. Both come with up to 32GB of the new LPDDR5 RAM and both include up to 2TB of SSD storage. HP is a bit more secretive with the detailed specs, so we don’t know for sure if the included SSD is using PCIe Gen 4, but it’s safe to assume it is considering it’s a premium laptop. Overall, we expect both of these laptops to perform very well, and while one might end up pulling ahead, you’ll be well served with either one.

It’s often said, but it’s very much true here: choosing between these two laptops is truly a matter of preference. Neither of these models stands out in any particular area, and both do a great job at what they set out to do. They’re powered by the latest Intel processors, they have great displays, and they have lightweight designs.

You might like the HP Elite Dragonfly G3 more if you prefer the taller 3:2 display, which gives you a little more vertical space. It has a better webcam, too, and it includes Windows Hello facial recognition by default. It also has the benefit of being somewhat lighter and more compact overall, so it’s easier to carry around. And, of course, it comes in two different colors, so you might appreciate having that choice.

On the other hand, the Lenovo ThinkPad X1 Carbon has a slightly larger display overall, and it gives you a ton of configuration options so you can truly find something that suits your specific needs. Looks-wise, if you love the iconic ThinkPad look and features like the TrackPoint, you’ll find them all here. And you also get one extra USB Type-A port, if that makes a big difference to you.

Personally speaking, out of these two, I’d choose the HP Elite Dragonfly G3. I’m not a fan of the ThinkPad design, and with the laptops being so similar otherwise, that’s all it takes for me. If you’re still trying to make your choice, don’t worry. These laptops won’t be available until March, so you have time to think it over. You’ll be able to find purchase links below once they’re available. If you can’t afford to wait, consider checking out our list of the best HP laptops, as well as the best ThinkPads you can buy right now.