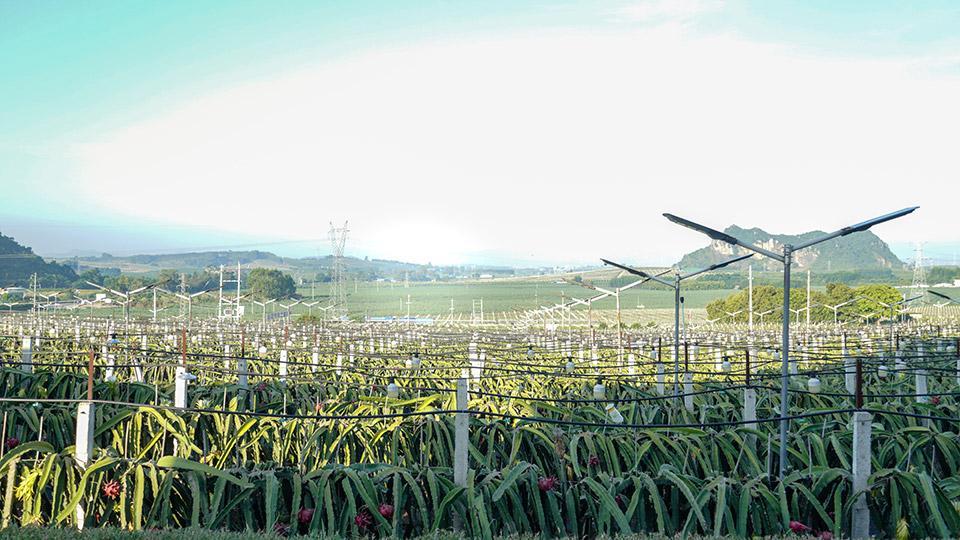 Enter the Dragon: Optical Technologies Light the Way for Agriculture

As China's largest producer of dragon fruit, Guangxi is dotted with farming communities. In 2020, the fruit covered a planting area of 57,000 acres, accounting for 40% of the country's production capacity and two out of every five pieces of the fruit seen in the domestic market.

However, despite the province's abundant sunshine and fertile land, Guangxi is one of China's poorer regions when it comes to income. But that's starting to change thanks to advances in network and agricultural technology.

In Long'an, Guangxi, traditional farming methods meant hard labor for local people, with bothfertilization and irrigation performed by hand. A reluctance to take on the traditional back-breaking, low-income lifestyle also led to an exodus of young people from the countryside, leaving older villagers behind with low incomes and too much work.

Seven years ago, Long'an villagers saw dragon fruit production as a way forward. However, despite the suitable conditions and climate, they lacked the experience and know-how to grow the fruit. All the viable fields were covered with weeds – higher, in fact, than the first batches of dragon fruit trees the villagers grew.

Production was low and the glow of hope for a bright future began to dim. 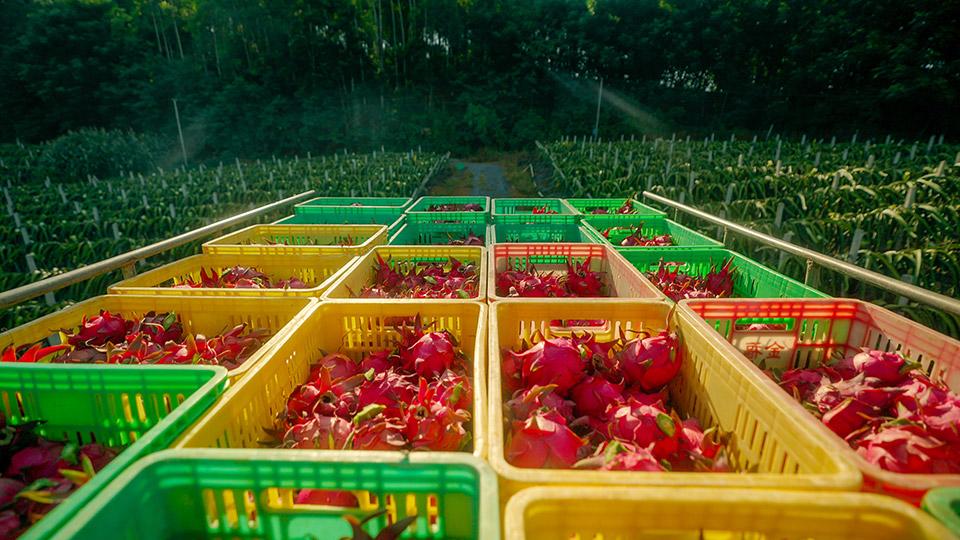 Optical technology lights the way ahead

In 2017, Jinfu Farm introduced a smart agriculture cloud platform and deployed Huawei's FTTR solution to build a ubiquitous gigabit optical network. Thanks to high-bandwidth, low-latency, and highly reliable connectivity, Jinfu Farm was able to transform its farming methods from labor-intensive to digitally led.

The integrated fertilization and irrigation management system automatically irrigates up to 900 acres of land, freeing up fruit farmers from having to water trees by barrel under the blistering sun. Sensors regularly monitor soil conditions, allowing precise fertilization that in turn cuts fertilizer costs by almost US$1,000 per acre per year. To ensure the best growth conditions for dragon fruit – 6ºC to 35ºC – the automatic temperature control system sprays and cools the trees in summer. And in winter, heaters keep them in the optimum range. Finally, the visualized tracing system served by video backhaul devices is able to monitor the growth of the fruit in real time.

Thanks to technology, the trees can produce fruit every ten months, greatly increasing annual yields.

Powered by the gigabit network, Jinfu Farm Factory Director Ye Juhong began livestreaming the farm's produce on an e-commerce platform, greatly increasing the reach and speed the fruit could get into the hands of consumers. And with more than 40 GB of data generated every day, the gigabit optical network quickly migrates the data to cloud, so consumers can scan QR codes to see where the dragon fruit they've bought has been produced, increasing trust and transparency.

In the past, farmers' lives were difficult and our monthly income was just US$95 to US$125. When I joined Jinfu Farm in 2016, I could water just 1.6 acres a day by barrel. And it was really tough. After we started using the new technology, my income has increased by more than four times. I'm very content and happy. Lu ChundiJinfu Agriculture employee

A gigabit future with China Telecom and Huawei

Guangxi is full of rural communities in which people survive on agriculture, but the unforgiving work and low incomes mean that these communities weren't sustainable – until now. High-speed broadband networks, mechanization, and intelligence represent the future for both farming and local communities. In 2020, the annual output of dragon fruit reached 20,000 tons, generating US$20.5 million in revenue, nearly US$3.15 million of which went to more than 40,000 low-income farmers.