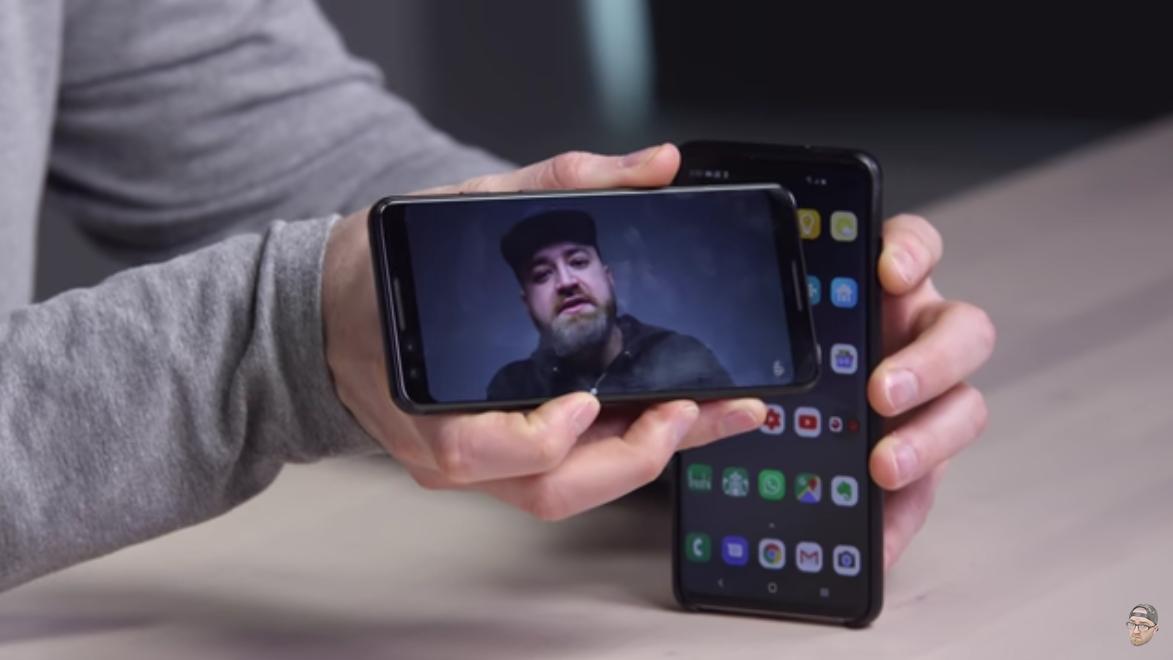 Lewis Hilsenteger, who presents the well-known channel Unbox Therapy on YouTube, has posted a video in which he warns that one of the security features in the new Samsung Galaxy S10 series may have a significant vulnerability. This flagship line has a range of these options: an in-display fingerprint sensor, conventional Android lockscreen patterns and Face Unlock. The latter, which depends on the front-facing camera (or cameras, in the case of the S10+) to work, is the one that comes in for criticism in Hilsenteger's video. 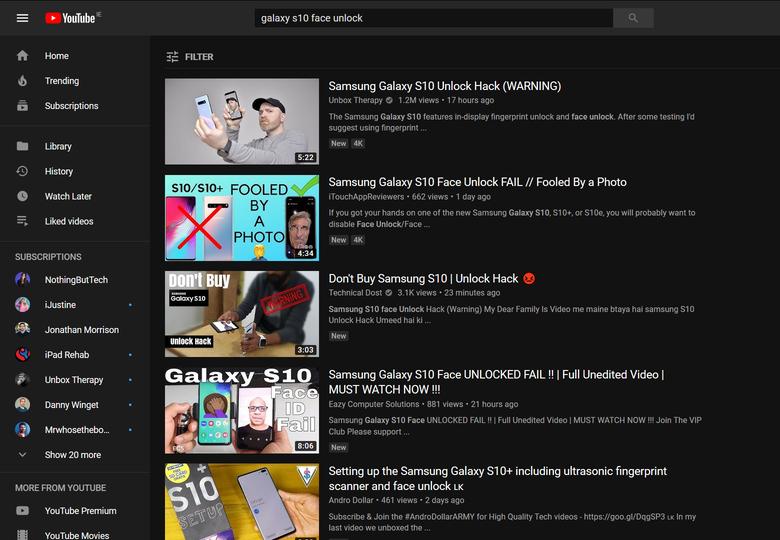 In this vlog, the presenter claims that his Samsung Galaxy S10+ had been unlocked by holding a prior video showing his face up to its screen. This video had apparently been played on a second phone, a Pixel 3. Hilsenteger proceeded to replicate this technique on camera. This appeared to clearly result in a successful use of Face Unlock, at which point the newer phone's screen demonstrably became active.

Hilsenteger ventured the theory that this discrepancy took effect in his case because his face appears on camera with disproportional frequency and, thus, may not affect all users in the same way. On the other hand, he also pointed out that the facial data represented in the Pixel 3's video was obscured by shadowing (and a baseball cap besides), and also marred by on-screen fingerprints; therefore, it could be argued that the trick never should have worked at all.

To date, the YouTuber's findings have been backed up by other similar YouTube videos online, albeit a very small handful of them. In addition, the claim would be more valid if this potential failure of biometric security had been tested out by other flagship-grade phones such as the Huawei Mate 20, OnePlus 6T or the Pixel itself. They would also exhibit the same implementation of Face Unlock, as it is baked into newer versions of Android. Finally, a fresh comparison of the same with a different form of facial recognition - e.g. Apple's Face ID - would also be welcome in investigating this new possible deficiency in the brand-new Samsung Galaxy S10.

However, ultimately, this potential issue can be avoided through the use of the S10's fingerprint sensor. This module is of the state-of-the-art ultrasonic variety, and should be the superior option to Face Unlock in any case.