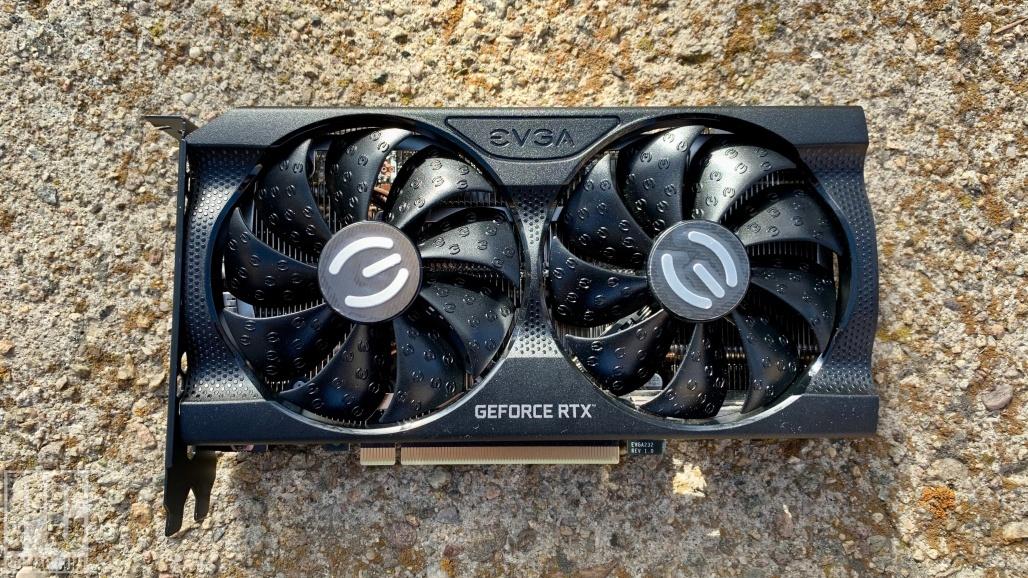 The hackers who claim to have stolen 1TB of data from Nvidia are now trying to sell the information, including a way to unlock the Ethereum mining limiter on the company’s PC graphics cards.

“If someone buy us the LHR, we will provide ways to [mess with] LHR without flashing anything,” the hackers wrote, adding: “Without flashing = big money for any miner developer.”

This comes after the hackers initially encountered a problem when trying to steal data from Nvidia. According to LAPSUS$, Nvidia retaliated by encrypting a machine the hackers were using to exfiltrate the data from the company.

However, LAPSUS$ claims Nvidia only managed to encrypt one of the group’s virtual machines during the breach. “Nvidia tried but failed, we have all the data,” the hackers said. 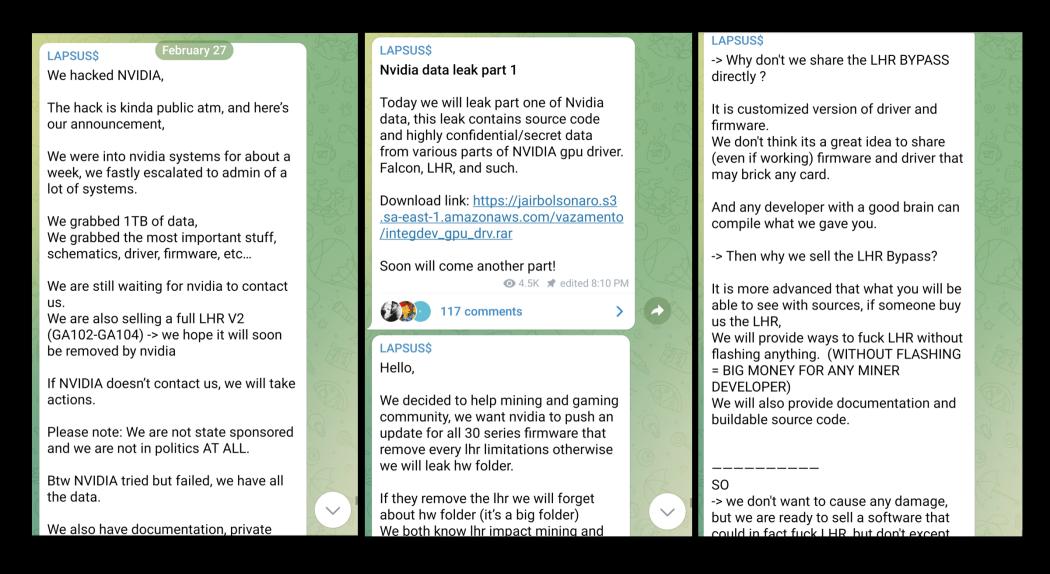 Postings from the hacking group.

Nvidia did not immediately respond to a request for comment. (Previously, it said: “Our business and commercial activities continue uninterrupted. We are still working to evaluate the nature and scope of the event and don't have any additional information to share at this time.”)

But LAPSUS$ wants Nvidia to pay up in cryptocurrency. In the meantime, the hacking group has already dumped a 19GB archive that allegedly contains source code for Nvidia GPU drivers. The archive also has enough information to help tech-savvy users undermine the Lite Hash Rate limiter. “Any developer with a good brain can compile what we gave you,” the hackers said.

Legit or Scam? Developer Says Nvidia's GPU Mining Limiter Can Be RemovedNvidia Is Optimistic About GPU Supplies in 2022, But Will You Be Able to Buy Them?Hackers Circulate Malware by Breaking Into Microsoft Teams Meetings

On Sunday, the group also demanded that Nvidia lift the LHR limiter for all RTX 3000 graphics cards through a software update to consumers. If Nvidia refuses, LAPSUS$ said it would leak a large folder containing information on the company’s hardware. However, the hacking group now says it wants to sell a driver capable of lifting the Lite Hash Rate limiter.

So the earlier demand may have been an attempt to gain publicity. Another possibility is that LAPSUS$ is lying, and desperate to monetize the hack in any way possible.

It's also important to note the breach occurs days after another hacker claimed to be offering a way to unlock the Ethereum mining limiter on Nvidia's graphics cards. However, the tool turned out to be a Trojan malware program.

Sign up for Security Watch newsletter for our top privacy and security stories delivered right to your inbox.