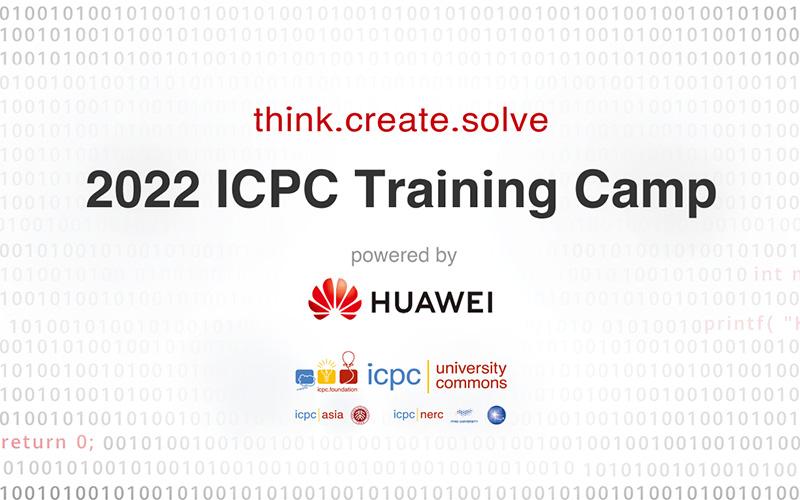 [Shenzhen, China, February 11, 2022] The first phase of the Huawei-powered 2022 ICPC Training Camp concluded on Tuesday, after two days of online trainings for 2022 International Collegiate Programming Contest (ICPC) contestants provided by world-class coaches, trainers, and analysts. The training camp aims to help contestants prepare for the upcoming 2022 ICPC. A total of 576 participants from 201 teams participated in the camp. The second phase of the camp is expected to launch in the second half of the year.

During the red-hot training sessions, contestants from across the globe worked together to solve problems set for them by top coaches from Russia's ITMO University and China's Peking University.

Dr. William B. Poucher, ICPC Executive Director & ICPC Foundation President, said during the closing ceremony, "Training camps challenge the mind while bringing people together. It's not only the content but also the connections. Huawei opens this door of opportunity for ICPC volunteers to provide these events with no economic barriers to the students."

The camp invited world-renowned coaches to offer feedback and guidance on participants' work. The problem-solving workshop on the first day of the camp was designed and graded by former ICPC World Finalists from Peking University. On the second day, two-time ICPC World Champion Gennady Korotkevich, more commonly known as "Tourist" on Codeforces, was invited to design problems for participants. Tourist also led the final analysis of the problems for all participants.

The training camp also held a mock competition for participants, with a team from Tsinghua University winning first place by solving 19 out of 22 problems in just 2,481 minutes. Second place was won by a team from Warsaw University. Six teams in total won prizes ranging from a Huawei laptop to Huawei smartwatches for their outstanding performance.

Vice President of Huawei's Institute of Strategic Research Dr. Zhou Hong said, "We are honored to support ICPC, and hope to provide more opportunities for current and future contestants, who are pursuing their path of excellence in the competitive programming world."

The ICPC is the world's largest and most influential college programming contest. Huawei has been a proud ICPC World Finals Diamond sponsor and multi-regional sponsor since 2019. The company has stated it is more than willing to continue collaborating and supporting the ICPC community to allow for more events that will benefit future talented programmers.

can i trust huawei laptops