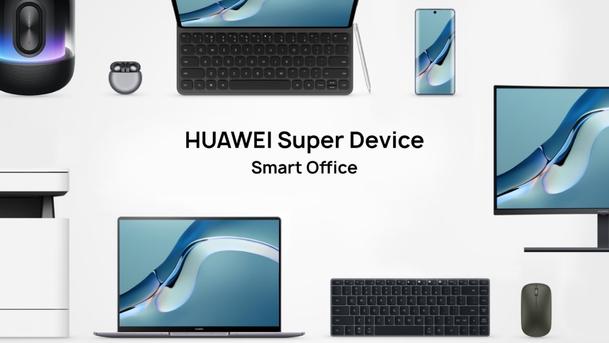 Consumers now own more smart devices than ever before, yet interconnecting them can be challenging at times, resulting in a fragmented user experience. Huawei Super Device experience offers a solution by allowing various devices to connect and interact in a convenient and safe manner.

“Our Super Devices experience enables users, particularly those in the workplace, to utilise many devices in a variety of circumstances seamlessly. We believe that Super Devices Smart Office will give users with the tools they require to encourage applied creativity and seamless communication,” adds Libo.

Huawei has designed the devices to function and act as a single Super Device, allowing users to move between wired and wireless connections in business and personal modes. 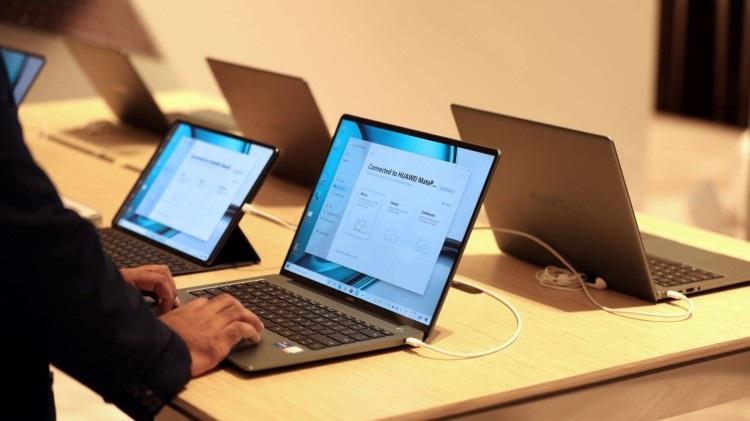 Users may wirelessly project the 12.6-inch Huawei MatePad Pro to the MateBook 14s and take advantage of the PC-Tablet multi-screen collaboration features, which include three modes: mirror, extend and collaborate. Mirror mode allows a user to mirror the MateBook 14s screen to the tablet’s display, allowing users to work directly on files, annotate documents, or draw/sketch on their laptop using the tablet’s M-Pen.

The Huawei MateView GT 27″ features a 165Hz refresh rate and a golden curvature of 1500R.

Huawei also announced its first desktop printer, the PixLab X1. It is a laser printer that can only print in black and white. It can print up to 28 pages per minute, and it supports automatic double-sided printing. The printer also doubles as a copier and a smart flatbed scanner. It is expected to hit shelves in the UAE in the coming months.

“Usually it is difficult to configure a printer but with our super device experience, consumers will be able to seamlessly connect with the click of a device,” adds Libo.

Huawei also announced its Wi-Fi AX2 Wi-Fi 6 Smart Router, which lets users easily connect multiple units of its Wi-Fi AX2 for better Wi-Fi coverage at the workspace. In addition, the new router is also compatible with the HUAWEI AI Life app, with which users have access to smart tools for managing their home networks. It also comes with Huawei HomeSec, which helps safeguard user data privacy and ensure only users with access rights are granted internet connectivity.

“In the region, we see a strong demand for our products. However, in a competitive market such as the UAE, we want to educate consumers about this new solution and transfer the benefits to them,” adds Libo.Read: Huawei to invest $15m in Middle East cloud programme