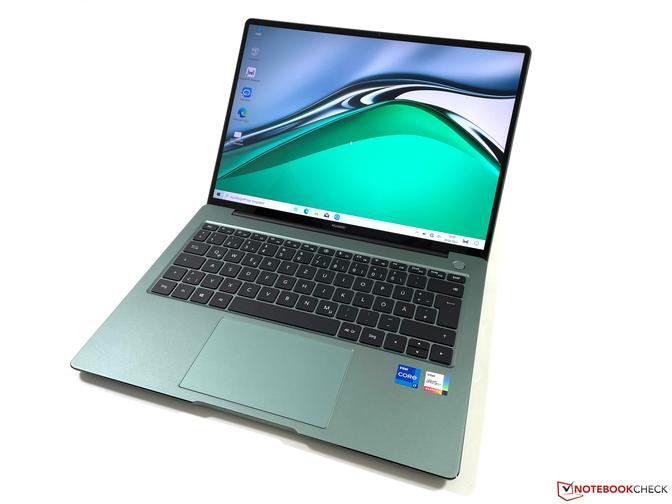 The Huawei MateBook 14s might not be a laptop that you've had on your radar given that Huawei isn't as well established in the western markets as it is in Asia, but don't overlook it based on its namesake. Huawei is known to make some seriously impressive hardware in its Mate range of products, from phones and tablets to laptops that can give some of the best options on the market a run for their money.

As an alternative to other creative workstations like the M1 powered MacBook Air, 13-inch M1 MacBook Pro or the Dell XPX 13, the Huawei MateBook 14s is a well-optimised alternative, especially if you live in a region that supports the wider ecosystem of Huawei products.

The base model Huawei MateBook 14s retails for £1,199.99 in the UK which works out at around $1,650 in the US, though there are some major issues with availability in the US thanks to ongoing restrictions with products and services from Huawei in the country.

There are only two configurations available on the UK websites, the base model that features an 11th Gen, Intel i7 processor, 16GB of RAM and 512GB of storage, or a slightly beefier configuration that boosts the storage to 1TB and the inclusion of Intel EVO for £1,299.99. EVO is effectively a marketing brand that means the laptop has met specific feature requirements such as having at least nine hours of battery life, the ability to recharge the battery to at least four hours of power in under 30 minutes, and Wi-Fi 6 and Thunderbolt 4 connectivity.

The asking price is a good chunk higher than products like the MacBook Air or Microsoft Surface Laptop 4, but If you buy direct from the Huawei website then there are some freebies to be had that make that asking price feel a bit more reasonable. Not only do you get a free external Huawei display monitor worth £109.99 (or a free mouse worth £49.99), but you also get the Huawei MatePad 10 32GB tablet for no additional cost.

That tablet can be used as an additional screen, as well as a sketching device that syncs with the Huawei MateBook 14s. It's not quite the same combo as a MacBook paired with an iPad Pro, but at this price it still makes a compelling argument.

As mentioned, our review model of the Huawei MateBook 14s is rocking an 11th Gen, Intel i7-11370H processor. This is hardly the most powerful CPU in the world but it does come pre-overclocked for a boost, and we found that it will happily eat through tasks and demanding applications without much fuss.

For context, it doesn't quite meet the standards of an M1-powered MacBook Air, but we saw in several benchmarks that it can outperform other portable workstations like the current generation of Dell XPS 13. We managed to render video and edit images with no noticeable lag, though it does take longer to process than devices packing more powerful components.You're also getting 16GB of DDR4 RAM, which is more than enough to run things like Adobe Photoshop and Premiere Pro, and the 1TB of speedy SSD storage should be plenty enough to save your projects and download the programs you need.

Battery life is fantastic, having achieved 13 hours and 23 minutes on our benchmarks and 12 hours 17 minutes when playing a looped video, so even in a worst-case scenario, you'll be able to get through most of your tasks for the day without anxiously looking for a power outlet.

The Integrated Intel Iris Xe Graphics will restrict you from doing any seriously demanding tasks like 3D sculpting and rendering, but portables designed to work well with applications like Maya or Unreal Engine cost considerably more than the Huawei MateBook 14s.

Still, for graphic design work, this is a fantastic choice. You won't want to play any games on it but it once again outpaced the Dell XPS 13 in our 3D benchmarks so if you're stuck between the two devices then the Huawei MateBook 14s is better equipped to handle graphical tasks. A small pain is the lack of ports as it only has two USB-C ports (non-thunderbolt) and a single USB-A, so if you were planning to hook up a graphics drawing tablet you might need to plan what other peripherals you'll need to use.

If graphical power is a must-have then a Gigabyte Aero 15 (starting from $1,599 or £1,699) will serve you better for rendering or 3D sculpting, but for everything else the Huawei MateBook 14s readily proves itself as a capable workstation.

The 14.2-inch has a resolution of 2520 x 1680p (sometimes dubbed 2.5K), and features slim bezels for a modern look, and touch screen functionality, something you won't find on the MacBook Air. This is also a 16:10 ratio display which is becoming increasingly commonplace thanks to that additional height being of great use for productivity. Outside of spreadsheets and other boring work, you can also use that extra screen real-estate for pallets or settings windows in creative applications, giving you more of a canvas to work with.

The screen has a slightly matte coating that helps to reduce glare in bright environments though it's certainly glossier than you'd assume. The maximum brightness is also 400 nits which is decent (again, on par with the MacBook Air), and certainly better than budget options like the Honor MagicBook Pro.

A brighter screen would be an advantage if you wanted to do lots of video editing, something closer to 500-1000 nits being ideal, but this isn't advertised as a laptop marketing specifically towards video editors, and 400 nits is still plenty bright enough to get the job done.

There are other compelling benefits too, such as a 90Hz refresh rate and 100% sRGB colour gamut, giving you accurate colours and a crisp framerate up to 90FPS for any footage you work on. Outside of editing, this also makes just watching movies or content pleasant, even when outside in daylight.

Design-wise, the Huawei MateBook 14s has a similar design to other Huawei laptops like the MateBook 16 and MateBook Pro X. It has a CNC machined aluminium chassis available in two colours, with our review model being Space Grey. Despite its solid metal build, it is surprisingly lightweight, coming in at 1.4KG. This makes it slightly heavier than bother the Dell XPS 13 and MacBook Air, but only slightly, and we had zero issues carrying it around for hours during a commute.

The Space Grey does have a slight purple hue to it, but this isn't particularly noticeable, unlike fingerprints. Any contact with the surface will result in prints and marks, so if you like to keep your device looking as new as possible, bring some wipes. Thankfully it's robustly built and seemingly difficult to scratch, so even if it gets grubby you won't have to worry about actual damage.

Ports are an issue, especially if you have a lot of kit you like to plug into your device. You're only getting a single USB-A port (that standard style of USB) to plug in a graphics drawing tablet or external SSD for additional storage, though it is at least USB 3.2.

You're also getting two USB-C ports, one of which doubles as the charging port for the laptop, a standard audio jack, and an HDMI port for you to connect to an external monitor for additional products, but there are a few things we would have like to see included to sweeten the deal for creatives.

Firstly there's no SD card reader built into the Huawei MateBook 14s, which will force photographers and videographers to buy an additional adapter. It also lacks a Thunderbolt certification which is unusual for an Intel-based device, but you may be fine to get by without it.

Typing on the Huawei MateBook 14s feels satisfyingly responsive, nothing particularly good or bad. We do like that the power button is out of the way, located at the top right-hand side of the laptop rather than built into the keyboard itself, as this avoids accidents where you might set your laptop to sleep. That power button also doubles as a fingerprint reader and a decent one at that. It didn't fail to detect the user's print once in our testing, while also preventing other non-users from gaining access.

The touchpad is large and has a nice, slight grain to it for some additional grip. A mouse or tablet stylus will be able to achieve greater detail though, so if you were planning to use this for graphic design work, consider also looking into a Bluetooth mouse or a graphics drawing tablet for especially detailed work.

The webcam isn't anything inspiring, offering 720p resolution and relatively poor quality in regards to the sensor, with a lot of background noise present in the background of even the brightest environment. It will certainly do for work-related conferencing or online studies, but if you wanted to do any serious broadcasting you might want to invest in a dedicated webcam.

The Huawei MateBook 14s certainly stacks up well against rival products for power and performance, but its global availability is a real issue, on top of great features in the Huawei ecosystem being unavailable to many users given how restrictive Huawei mobile and tablet devices can be in western regions. If we ignore that and just work with the MateBook 14s itself then this is a very capable laptop, ideal for graphic design students or creatives running applications from the Adobe suite.

A more powerful GPU would be needed for any serious rendering or 3D work, but that would almost certainly increase the asking price, which is already steep if you remove the freebies you get when ordering online. There's also the issue that if you don't actually want or need that free MatePad tablet and monitor then you'd be better off spending less cash and instead option for a MacBook Air, especially if you already own other Apple products.

If you don't care for ecosystems and just want a stylish, capable laptop for your creative applications though then the Huawei MateBook 14s is worthy of your attention and more than up to the task.