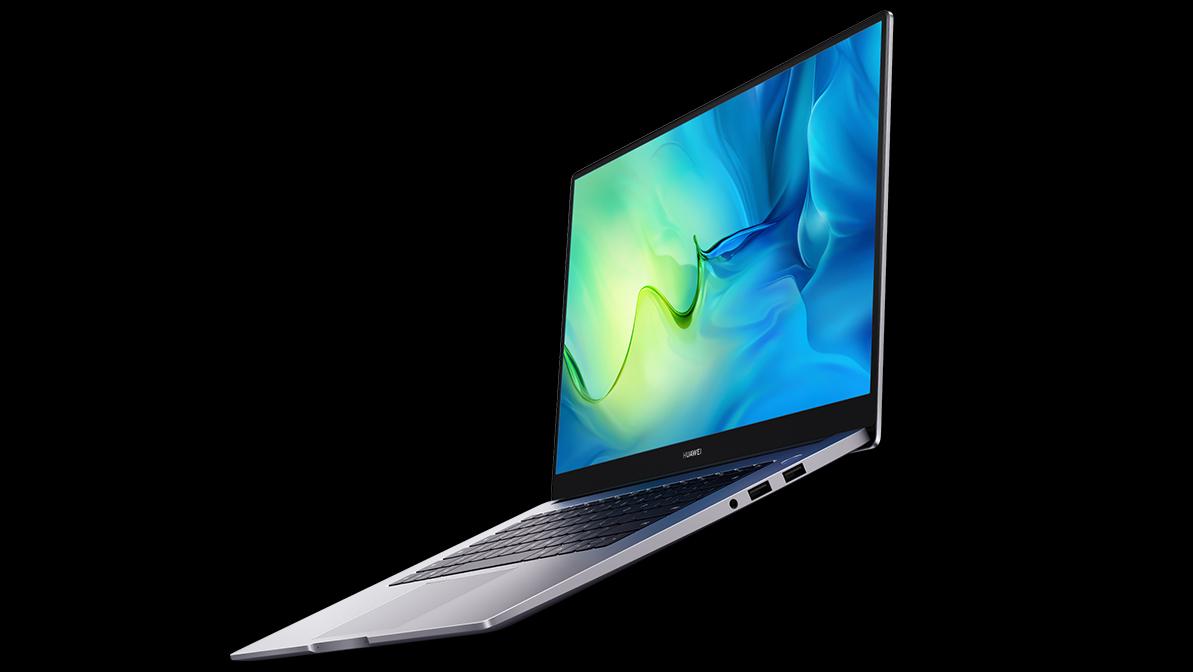 In a sea of luxurious, convertible 13.3in laptops, this 15in machine is a welcome relief. It’s unpretentious – there’s no cutting-edge processor, touchscreen or backlit keyboard – but it sets out to be a good-quality laptop for a low price. And does so exceptionally well.

For a start, it’s made from an all-metal chassis rather than the plastic you would expect for £600. This gives the MateBook a solidity most of its rivals can’t match. When you consider that metallic build and a 15.6in screen, it’s light at 1.53kg; match that to a sleek 16.9mm height and this machine is surprisingly portable.

Huawei even keeps the weight of the power adapter down to 159g, and it’s a slimline affair that’s more akin to a phone power plug. Even the top prong of the UK plug slides down to make it easier to stow. You’ll probably want to sling it into your bag, too, as the MateBook D 15 only lasted for 5hrs 50mins in our video-rundown test.

The downside to the charging mechanism is that it consumes the single USB-C 3.1 socket, with the other three USB ports being Type-A. There’s also a full-size HDMI port and 3.5mm combo jack, but there’s no SD card slot or RJ-45 Ethernet adapter. This means you’re reliant on the 802.11ac Wi-Fi.

If you own an Honor or Huawei phone, you can also take advantage of Huawei Share. The idea is to tap your phone against the Huawei Share sticker and create a bond between the two devices; you can then quickly transfer files from one to the other. This all ties into the quietly impressive PC Manager, which is worth using simply to keep drivers up to date. 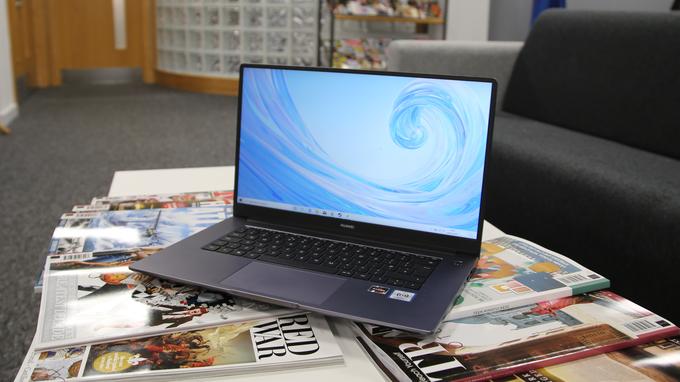 One oddity is that Huawei sets up the 256GB SSD as a C and D partition, which I recommend you convert into a single partition via Windows’ Disk Management feature (first delete the D partition and then extend the C partition). There’s space in the chassis for a 2.5in SATA drive too, but adding that is a job for a professional. You can’t upgrade the MateBook’s core spec, but that’s not a problem.

AMD’s Ryzen 3500U processor is a fine choice for a laptop of this price and, in combination with 8GB of RAM, provides plenty of everyday speed, along with occasional 3D acceleration when you need it. The MateBook D 15 scored 112 in our benchmarks, outpacing Intel’s Core processors in both video-encoding and multitasking tasks. You can expect to play older games at the screen’s native 1080p resolution, but AAA titles are likely to be beyond its scope.

Then there’s the screen. As test results of 56.6% sRGB gamut coverage and a pretty appalling Delta E of 5.2 indicate, the MateBook wouldn’t be our go-to choice for colour accuracy. Compared to pricier models, its colours are drab, an impression that isn’t helped by a matte finish. In short, it isn’t a great choice for watching a film (nor is it helped by the tinny speakers). Also note the lack of a touchscreen. However, I don’t want to be too critical of Huawei saving money here; the screen is acceptable for a budget laptop.

You also can’t expect the last word in keyboard quality at this price, and the keys offer little in the way of tactile feedback. But three factors come to its aid, including generously sized keys, quiet operation and a spacious precision trackpad. The Full HD webcam hides away between the F6 and F7 keys; it pops up when you press down on it. This has the benefit of privacy – and the drawback of offering people a view of your nostril hair. Nor is this the best-quality camera, with compression obvious to the eye. It also means that Windows Hello facial recognition is out of the question, but Huawei integrates the fingerprint reader into the power button – an approach that works well.

While Huawei doesn’t offer many configurations of the D 15 – this is it for now – if you’d prefer a 14in model, the £649 MateBook D 14 is available with an identical spec, aside from a 512GB SSD (as well as a smaller footprint and lower 1.45kg weight). I haven’t tested the D 14, but I’m confident it will have a similar set of results.

Both laptops offer excellent value for money, with a highlight being an all-metal chassis for such a low price. Battery life could be better, as could screen quality, but Huawei had to compromise somewhere. It has made all the right choices and created a great-value machine in the process.