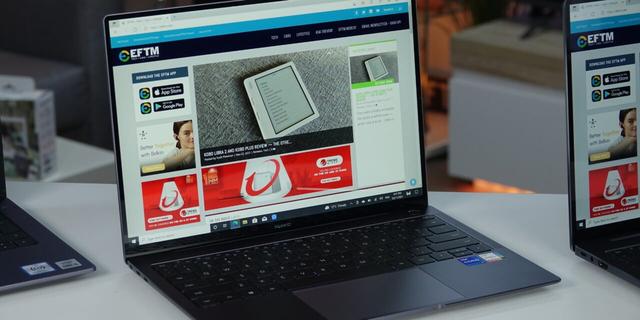 Huawei MateBook laptop family – A model for every user

If there’s one thing I find frustrating about laptops in general is trying to compare one model to another within a single brand family.Because of the complex nature of our retail market and the wide range of budgets I can see the reason, but I absolutely love what Huawei has done this year with their MateBook range of laptops – keep it simple.

There’s three models in the lineup for prospective buyers, each of them offering an ultra-slim profile, lightweight metal body and thin bezel around the screen to push the viewing area to the edge.

Plus, they all have that now famous “pop up” camera from the function key row.

There are three products in the Huawei MateBook family, the MateBook D14, Matebook 14 and MateBook X Pro, and all three of them are available in Microsoft’s Store making them widely accessible and available to all Australians.

Unquestionably the MateBook X Pro is a pro level machine.Packed with an Intel Core i7 processor, I loved last year’s model and the one before that – these are quality devices which rival the best in market on both design and performance.

Here’s how the range stacks up.

The HUAWEI MateBook D 14 is just 1.38kg and comes in at 15.9mm thin, and despite beign just $1,199 it’s wrapped in a metallic body – something you’ll struggle to find at this price point.

A fingerprint reader is built into the circular power button and up top is a 14 inch display offering 250 nits brightness in a 16:9 Full HD Display.

Under the hood is a 10th generation Intel Core i5 processor offering premium performance at this entry level price.It’s also utilising SSD storage and has 8GB of RAM.

One thing about the MateBook D14 that might surprise many who are used to thicker more traditional laptops in this price is the silence – using a unique Shark Fin design on the fan blades the MateBook is able to optimise air flow and dissipate heat which cools the laptop faster and much more quietly.

Importantly, this model has a 56Wh battery, offering 13 hours of video watching if you are jumping on a long haul overseas flight after all these months at home.

When you need power, the included 65W USB-C charger is pocket sized, and will boost you to 46% in just 30 minutes.

Back on the screen, I think it’s important to remember that the 84% screen to body ratio is top class stuff – a 4.8mm bezel top left and right give you a real all-screen like experience and really does enhance that “quality at a low price” proposition for the MateBook D14.

If you’re also a Huawei smartphone owner, there’s way more on offer – with multi-screen collaboration allowing you to open three of your phone apps side by side on the MateBook D14 screen, and even drag and drop images, text or documents between apps on the different screens or from your phone to your laptop.

While other brands offer a reasonably nifty way to share files device to device, with Huawei Share it’s deeply embedded, allowing you to see your phone screen on the MateBook and operate it with your mouse and keyboard.

Stepping it up a notch is the HUAWEI MateBook 14.This one features a higher grade body design end engineering with a slick chamfered edge for a really premium look on the edges of the lightweight metal body.

Featuring a 14 inch 2K display which just pushes those screen boundaries, and offers a flicker elimination and blue-light reduction for fresh eyes no matter how long you’re working away.

The boundaries I mentioned are just 4.9mm top, left and right, offering a 90% screen to body ratio with a smaller “chin” than the MateBook D14.

Because of the screen’s dimensions – you get a 3:2 aspect ratio on the display, meaning on documents, and browsing you’re also seeing more from top to bottom – doesn’t sound like much, but it really does add almost a paragraph of text to a document or website. 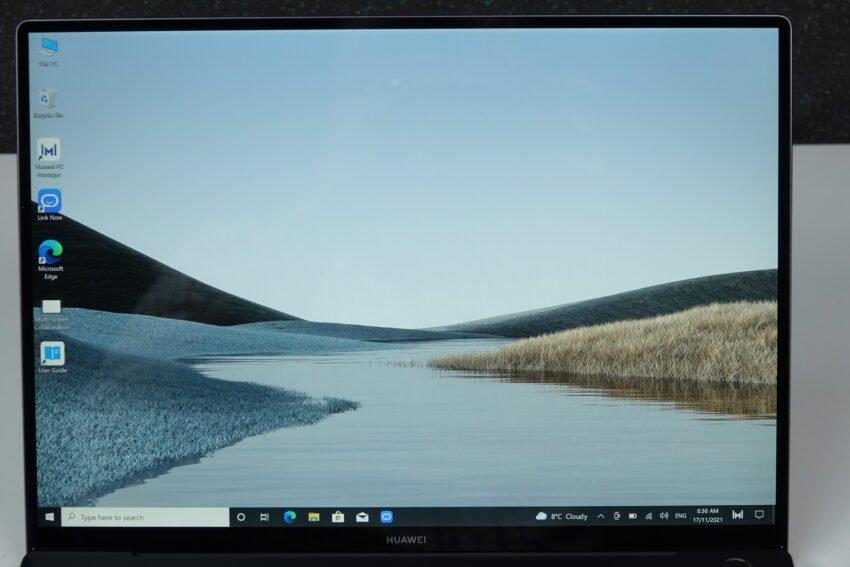 Two USB-A (USB 3) and one USB-C port, along with a HDMI output will also tick boxes for many. The Matebook 14 offers the largest array of connectivity in the MateBook family.

MateBook 14 also features the shark-fin cooling system for quiet operation, and an Intel Core i5 Processor for performance when you need it.

If you are powering through the day, you’ll get 11 hours of local video playback and while we can talk percentages, Huawei’s metric of an extra 2.5 hours of office work from just 15 minutes of quick charge is a really tangible way to understand how quick charging works.

Even if it’s just so you are able to answer text messages or access photos from your phone – it’s an amazingly simple way to make the most of all your devices, by using the one keyboard and trackpad to control and work on two devices at once, in one screen.

Priced at $1,799, there’s also a set of Huawei FreeBuds Pro (Valued at $329) on offer while stocks last at Microsoft, and you’ll also find the Matebook 14 at CentreCom, Mobileciti, Huawei Experience Store and online.

Topping out the range at $2,999 the HUAWEI MateBook X Pro features a 13.9-inch 3K resolution display which again pushes to the edges among the most of any laptop we’ve seen.

Two USB-C and a USB-A port are your output options, with an i7 11th generation Intel Core processor giving you all the grunt.

Pushing 450nits of brightness, the display is also low blue light certified for a better user experience. The 33K resolution offers that 3:2 taller screen aspect for more content on display.

The 4.4mm bezel gives you a massive 91% screen to body ratio.

And, the X Pro is the only Touch-Screen in the family.

The keyboard is backlit and full size so ready for all uses, dark, light you name it, you’ll be able to navigate those keys.

Using the USB-C connectors, you can support dual 4K displays at 60Hz or up to 40Gbps data transfers.

Perhaps the least talked about part of any laptop is the touch-pad or track pad.On the Huawei MateBook X Pro the touchpad is “Huawei Free Touch” and features 8 “piezoelectric plates” with haptic feedback.

This all makes it supremely responsive with a really instant feedback – way more tactile than your average trackpad.

Over and above just the previous generation X Pro, the new MateBook X Pro has an Intel Core i7 processor and Intel Iris Xe Graphics, boosting performance with a smoother gaming experience by up to 22% generation to generation according to Huawei.

For the modern post-pandemic world of video calls there’s edge microphone technology, using a 360 degree long range microphone array meaning your voice can be picked up from 5 meters away!

Because of the touch screen, the MateBook X Pro also offers something very unique.Gesture screenshots.

Swipe down on the touch screen with three fingers, and then choose to capture the entire screen, or draw a diagonal line to capture an area of the screen.

You can even then copy text from that area directly from the capture software.

It doesn’t matter if you’re just addicted to your social media or need to share files from your mobile device to your computer, for Huawei phone owners there’s a stack of awesome features like Huawei Share allowing file sharing in an instant and more.Have your phone “screen” open on your MateBook X Pro while you flick through social media.Keep your feed open alongside the document you’re working on. It’s a remarkable feature.

Personally, I think the mid-range MateBook 14 offers spectacular value for money for what you get, but as I’ve said, there’s three to choose from, at a “good”, “better”, “best” style approach which is smart from Huawei in a crowded market.

Check out the MateBook Family at the Huawei website.

This article appears as Supported Editorial, content we’re always keen to write, but sometimes just can’t prioritise without the support of the industry – in this case Huawei Australia.