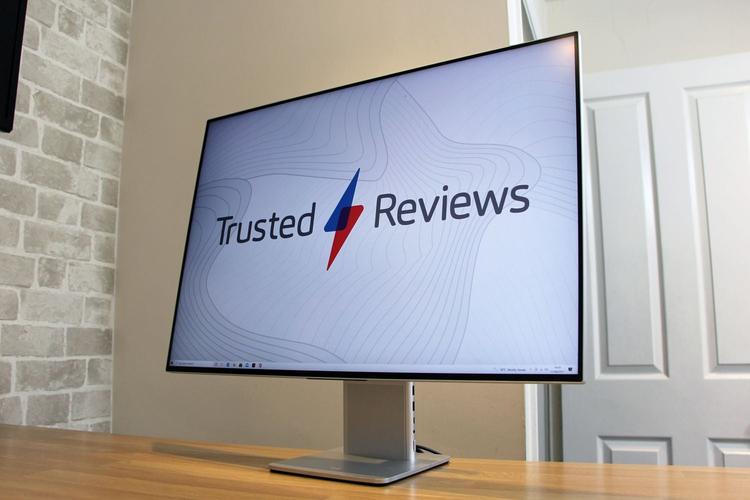 The Huawei MateView is the relatively affordable high-DPI display Mac users wish Apple would make. For everyone else, it's an intriguing 3:2 aspect IPS monitor with a few annoying flaws.

The Huawei MateView is the relatively affordable high-DPI display Mac users wish Apple would make. For everyone else, it's an intriguing 3:2 aspect IPS monitor with a few annoying flaws.

The new Huawei MateView isn’t like most other PC monitors. The big difference? Tallness. The 3:2 aspect ratio of its 28.2-inch LCD panel is designed to match other products in the Huawei ‘Mate’ portfolio, most obviously the MateBook laptops, all of which also sport 3:2 aspect displays.

With that taller aspect ratio comes an unusual 4K-plus native resolution of 3,840 by 2,560 pixels. That comes to a grand total of 9.8 million pixels and a fairly significant step up on the 8.3 million pixels of plain old 4K.

The 3:2 aspect works really well in Huawei’s MateBook PCs where the increased vertical space for viewing documents and webpages really pays off.

That’s less of an issue on a desktop display. Arguably, for this type of premium panel the ability to view multiple documents in parallel is just as important. The Huawei MateView will make a reasonable fist of two pages or documents side-by-side. But at this relatively loft price point, several ultrawide monitors better optimised for that multiple-document-viewing thing are available.

Still, the Huawei MateView has a few more unusual tricks up its sleek, slim-bezelled sleeves. For starters, there’s wireless display mirroring with support for both smartphones and laptops, including keyboard and mouse support for the former.

The catch is that the wireless phone connectivity is only compatible with select Huawei handsets and the wireless PC interface is limited to 2K resolution. 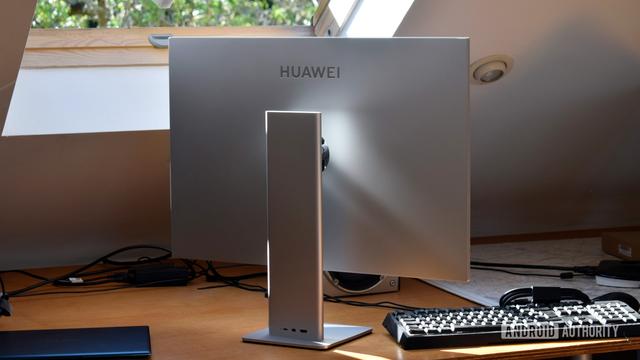 Then there’s the SmartBar, which is a touch sensitive panel along the bottom of the display which provides access to the Huawei MateView’s various (and rather limited in image quality terms) settings. It’s a neat alternative to a battery of buttons, but isn’t hugely responsive or reliable in use.

Rounding out the feature set is a trio of inputs, namely DisplayPort (of the Mini variety, a MiniDP to DP cable is included), HDMI and USB-C. The USB-C interfaces includes 65W of device charging power for slick and a two-port USB-A hub, single-cable laptop connectivity. Note that only the DisplayPort and USB-C interfaces support the panel’s native resolution at 60Hz. The HDMI socket is limited to 50Hz at native resolution.

And what of the minor matter of image quality? Nearly 10 million pixels on a 28.2-inch panel makes for a very sharp and detailed image. Fonts look particularly good in MacOS, but the Windows operating system looks super sharp, too. Both sRGB and DCI-P3 presets are available (Huawei claims an impressive 98 percent coverage of the latter) and, as it happens, the default colour balance is a very good match for the factory calibration of Apple’s MacBook displays.

Rated at 500 nits, the Huawei MateView doesn’t feel quite that bright in practice, but colors are gorgeous and natural, while the viewing angles from the 10-bit IPS panel are excellent. The only problem is that the panel’s anti-glare coating is a little opaque, which has the effect of reducing subjective contrast, which is a pity. Oh HDR support is limited to DisplayHDR 400 certification, so there’s no local dimming or any of that fancy mini-LED backlighting stuff.

But did we mention how slick this panel looks, generally? With its 94% screen-to-body ratio and minimalist brushed-allow looks (it’s actually mostly plastic, but at least the stand adjusts for both tilt and height), it feels a lot like the relatively affordable display Mac users wish Apple would make. For everyone else, it’s a very sweet and unusually proportioned IPS monitor with one or two slight niggles.

You want a super-slick monitor to match your Apple MacBook or Huawei MateBookThe Huawei MateView works equally well with both options. It’s not half bad with any PC, to be honest.

You’re after a monitor with a taller 3:2 aspect ratio and 4K-plus resolutionThe Huawei MateView has super-sharp image quality and great colour accuracy in a slick-looking chassis.

You have a Huawei smartphoneYou can mirror it on the Huawei MateView’s 28.2-inch IPS panel courtesy of a neat NFC-powered wireless projection feature.

You want to view multiple documents, apps and webpagesIf you want them in parallel with the same ease and comfort as an ultra-wide monitor, the Huawei MateView’s tall aspect ratio isn’t great for that.

You’re expecting to use the wireless phone mirroring feature with a non-Huawei handsetBecause it won’t work with any other brand of smartphone. That’s a pity.

You’re all about gamingThe huge 4K-plus resolution will obliterate your graphics card and confuse game engines. At this price point, there are better options for your gaming buck.

Technology and cars. Increasingly the twain shall meet. Which is handy, because Jeremy (Twitter) is addicted to both. Long-time tech journalist, former editor of iCar magazine and incumbent car guru for T3 magazine, Jeremy reckons in-car technology is about to go thermonuclear. No, not exploding cars. That would be silly. And dangerous. But rather an explosive period of unprecedented innovation. Enjoy the ride.