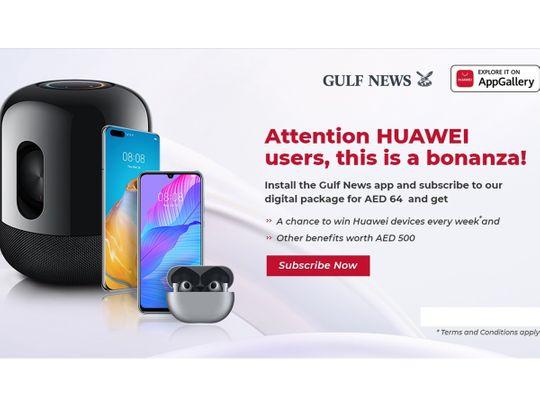 The Gulf News application on your phone doesn’t only gives you timely news updates but it also makes readers winners. Recently, in partnership with Huawei, Gulf News gave eight lucky subscribers Huawei phones and wireless earphones and speakers as part of an offer.

Over the summer, Huawei phone users were asked to download the Gulf News application and subscribe to the annual digital subscription.

Gulf News also offered a 20 per cent discount to promote the offer to its readers. The deal ran from August 1 to August 31, 2021. 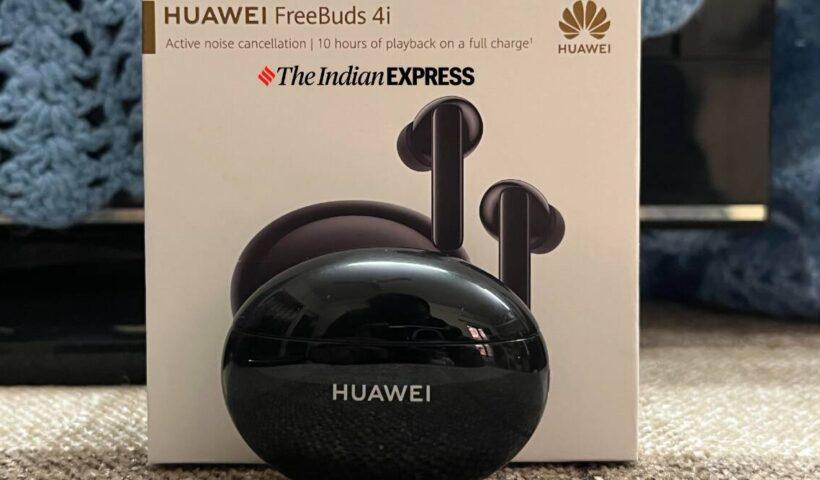 During the campaign period, two weekly winners were selected with a total eight winners. Winners got Y8s phones as well as FreeBuds earphones, with two ‘Grand Winners’ who won a Huawei P40 Pro phone and Sound X Wireless Speaker.

"I congratulate the winners of the contest in which Gulf News partnered with Huawei.I also want to thank Huawei for supporting our drive. We hope to continue this partnership in the future. Huawei has smart products that use the next-gen operating system and they continue to advance in the realm of technology worldwide,” said Abdul Hamid Ahmad, CEO, Editor-In-Chief and Executive Director Publications at Gulf News.

I congratulate the winners of the contest in which Gulf News partnered with Huawei. I also want to thank Huawei for supporting our drive. We hope to continue this partnership in the future...

"2021 is the year our future development strategy has begun to take shape. Today we are so much more than a smartphone manufacturer with a wide portfolio of products including laptops, PCs, tablets, wearables, audio devices and more. As always, we remain focused on the needs of our users and keep delivering practical value. With the help of local and global partners such as Gulf News, Huawei will continue its commitment to developing meaningful innovative products and partnership initiatives that truly impact people’s lives in a positive way," said Keith Li, Huawei CBG's country manager for the UAE.

I would like to thank the entire Gulf News team for this opportunity to collaborate on this successful consumer-benefit activity.

"I would like to thank the entire Gulf News team for this opportunity to collaborate on this successful consumer-benefit activity. We are looking forward to bring together more exciting collaboration for all Gulf News readers and Huawei users in the coming years," added Li.

Mohammed Pashambe has lived in the UAE for six years and calls himself a “reader from day one”. While, he has been fond of the print edition of Gulf News, he has recently gotten a digital subscription.

“A friend recommended the Gulf News mobile application to me to keep myself updated because I like to read the news. Now I check [the Gulf News application] as much as any other social media app,” the 33-year-old said.

Huawei had promoted this offer across all their platforms within the Huawei ecosystem.

Expressing his excitement about learning that he had won Huawei FreeBuds, he said: “I have a Huawei phone and I received an email from Gulf News that I was a winner. I was shocked at first and I thought that it was a prank but then I got another notification to visit the Gulf News headquarters.”

Nallimilli Reddy has been a print subscriber since the 1980s and today, he is a digital subscriber. “It was a whole experience reading the Gulf News paper with its rich content, colourful pictures and quality editorials,” the 63-year-old said.

Speaking about his switch to the digital edition, he said: “I now read the articles on my Huawei’s laptop-tablet hybrid. I am so glad I won through just being a Gulf News subscriber. It shows the care Gulf News has for its readership.”

Speaking on the use of Huawei's products by people around the world, Li said: "With the UAE pursuing a leading role in the Fourth Industrial Revolution era, we are proud to be part of the journey. Globally, we are witnessing a shift in consumer behaviour. More people are reaching out for their devices to complete many daily tasks – from shopping, booking services and accessing the first source news."