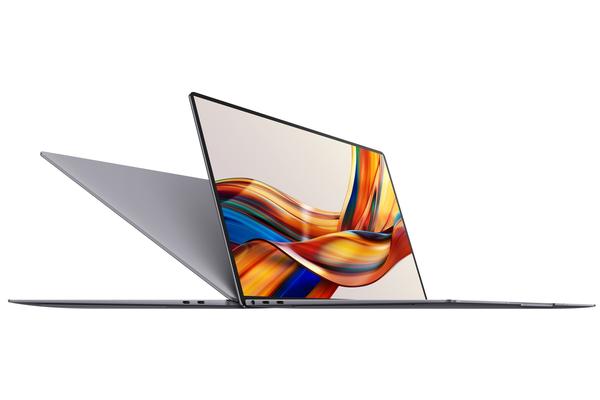 Huawei's mission is to enable what it calls a 'seamless AI life' encompassing health and fitness, travel, smart offices, entertainment and smart homes. The company's activity at Mobile World Congress (MWC) is focused on the smart office -- particularly 'boundless creation' and 'seamless communication'. Essentially this means well-featured Huawei devices connecting easily to one another, supported by an ecosystem of Huawei software and services: buy into the devices and the ecosystem, and you get extra functionality. It's a familiar story from big tech companies, although Huawei's is somewhat clouded by the Chinese firm's well-documented difficulties with accessing US technology, particularly for its smartphones.

Here are ZDNet's top picks for a variety of use cases.

Huawei's term for this confluence of devices and software-plus-services is the Super Device -- a 'better together' concept akin to that of the superorganism in biology. In its pre-MWC briefings, Huawei highlighted examples of screen sharing and drag-and-drop file transfer involving phones, PCs, tablets and monitors in mainstream productivity, collaboration and creative scenarios. Huawei's Super Device update for its PCs launched on 27 February with the latest version of its PC Manager software.

Turning to the mobile ecosystem, Huawei claims 5.4 million developers and 580 million active users for its AppGallery and 187,000 apps integrated into HMS Core. New outside the Chinese market is the ability to run smartphone (Android) apps on Huawei PCs via the Huawei Mobile App Engine. The first batch of MateBook PCs will get an updated version of the Mobile App Engine starting on 27 February.

The 2022 model of Huawei's Intel-based MateBook X Pro sees the screen size increase from 13.9 inches to 14.2 inches, with the weight remaining much the same (1.3kg vs 1.33kg) and the redesigned all-metal chassis tapering to 5.4mm at its thinnest point. 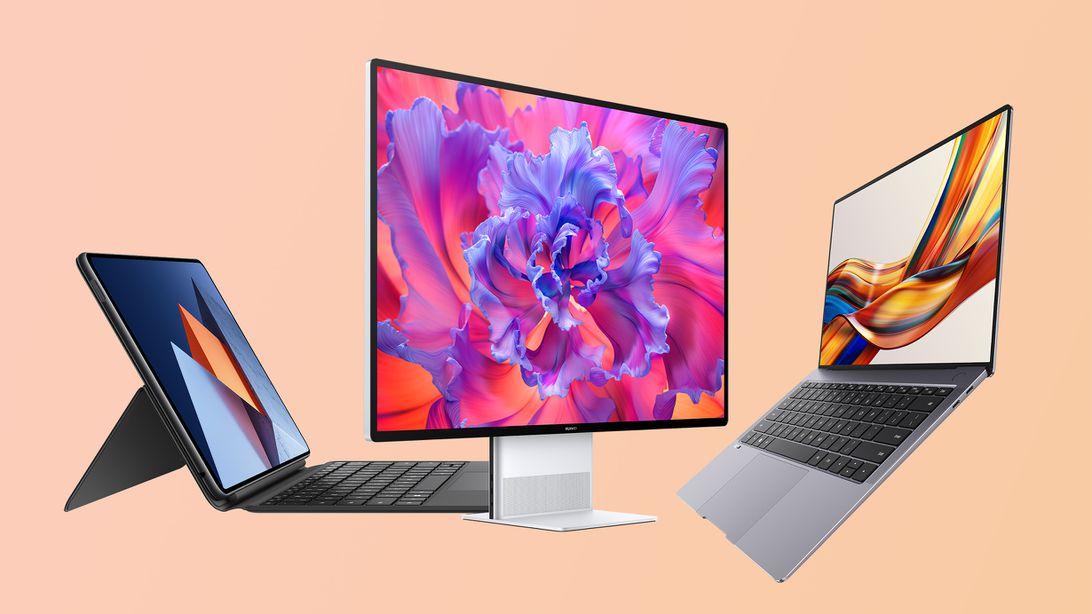 Despite slim bezels resulting in a claimed screen-to-body ratio of 92.5%, room has been found in the 6mm top bezel for HD webcam – a welcome move from the much-criticised pop-up in-keyboard webcam of previous models, with its unflattering camera angle.

A new cooling system increases airflow by 60% and heat dissipation by 100%, allowing the 11th-generation Intel Core processor to deliver its best performance. Elsewhere, Free Touch gestures allow you to adjust screen brightness and speaker volume (the laptop's audio system has six speakers) via the touchpad, and take screenshots by knocking twice on the touch screen. The supplied 90W charger weighs just 180g and delivers three hours of charge in 15 minutes, Huawei says. The laptop will also charge your smartphone at 50W via one of its four USB-C ports.

The fourth generation of Huawei's MateBook E series is an Intel-based 12.6-inch tablet with an add-on keyboard case/stand that turns it into a 2-in-1 device capable of competing with Microsoft's Surface Pro 8 and its imitators.

The standard Smart Magnetic Keyboard has 1.3mm key travel and props up the tablet with a conventional stand mechanism. There's another option, the backlit Glide Keyboard, that provides a much more 'lappable' experience.

Launched in China in 2021, Huawei's iMac-like MateStation X all-in-one (AIO) PC is now becoming available worldwide. The MateStation X's 28.2-inch 10-point touch screen, which has a 5-layer anti-reflection coating, sits in an elegant stand reminiscent of the MateView monitor, although the back panel is free of ports. The resolution is '4K+' (3840 x 2560, 164ppi, 3:2 aspect ratio) and minimal bezels result in a claimed screen-to-body ratio of 92%. The stand incorporates three speakers (co-engineered with Devialet) and four microphones with 5-metre pickup range and AI-assisted noise cancellation.

The MateStation X is powered by an AMD Ryzen 5000H-series mobile processor with 16GB of RAM and a 1TB SSD.

One of the most interesting Huawei products launching at MWC is the MatePad Paper, a 10.3-inch E Ink tablet that delivers a non-reflective 'paper-like' reading experience even under strong sunlight, Huawei says. There are 32 levels of backlighting to cope with different ambient light conditions. The screen-to-body ratio claimed for the MatePad Paper is 86.3%. A Smart Refresh mode provides software-driven assistance to boost the inherently low refresh rate on E Ink displays. This is part of Huawei's E Ink dipslay enhancement solution, which boosts greyscale support from 16 to 256, sharpening the edges of on-screen characters, for example.

Content for the MateBook Paper comes via Huawei Books and AppGallery, while M-Pencil support allows for use cases like document signing. A PMMA panel gives a realistic on-paper writing experience, Huawei says, while a split-screen mode (courtesy of Huawei's HarmonyOS) allows you to do things like read a document and write notes simultaneously. Handwriting-to-text conversion is available, and you can make voice recordings with markers to pinpoint key moments that you can easily revisit. And courtesy of Super Device functionality, you can easily transfer content from a Huawei smartphone or PC to the MateBook Paper.

The MatePad Paper, which will be available in black, khaki and blue, weighs 360g, comes with 4GB of RAM and 64GB of internal storage, and supports Wi-Fi 6+ for fast wireless data transfer. The battery will power the device, which has a fingerprint sensor in its power button, for four weeks on standby, Huawei says.