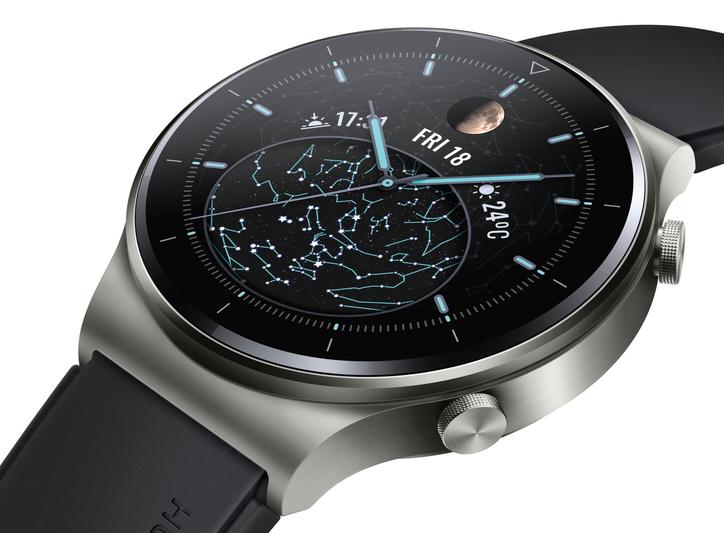 Last month, @RODENT950 alleged that Huawei was planning to release the Watch GT 3 this quarter, possibly alongside the Watch D and Watch FIT 2. However, Sony has sued Huawei and the European Union Intellectual Property Office (EUIPO) to prevent the former from selling any further Watch GT products. The dispute actually dates to 2016 when Sony objected to Huawei registering GT3 and GT5 with the EUIPO.

In short, Sony believes that 'GT' belongs to it as a shortening of Gran Turismo. While the Gran Turismo series and Watch GT series operate in different markets, Sony could be keeping its options open about releasing a GT-themed smartwatch in the future. So far, Sony has brought cases against Huawei and EUIPO regarding the terms GT3, GT5, GT8, GT9 and GT10.

Neither Huawei nor Sony have commented on the dispute. Huawei has responded by registering GT3, GT5, GT8, GT9 and GT10 with the UK IPO. Incidentally, Huawei's trademark applications specifically exclude use with 'computer games software, computer games hardware, video games software, video games hardware', a possible reference to Gran Turismo and Sony. The UK IPO is still considering Huawei's applications, which it filed on September 27, 2021.

SurveyJoin our Support Satisfaction Survey 2022: We want to hear about your experiences!Participate hereHuawei teases the launch of the new Watch GT Runner on Weibo11/12/2021Watch FIT Mini: Huawei releases a more compact and budget-friendly version of the Watch FIT10/23/2021Huawei Watch GT 3 arrives in six styles from £209.9910/22/2021Upcoming Garmin smartwatches should measure blood pressure levels and combat driver tiredness10/21/2021Huawei MateBook X 2021 unveiled with minor upgrades and a huge price10/18/2021Huawei receives medical device certification for blood pressure and ECG sensors ahead of Watch D release10/13/2021Mibro Lite: Affordable smartwatch from Xiaomi's ecosystem launches with 2.5D glass and slim bezels10/06/2021The WF-C500s are Sony's latest wireless earbuds with 360 Reality Audio and up to 20 hours of battery life09/30/2021The Sony WH-XB910N headphones are the latest peripherals with EXTRA BASS09/30/2021Huawei will launch a clamshell foldable phone by the end of 202109/29/2021Sony's free PlayStation Plus games for October 2021 have been leaked09/28/2021Huawei Mate 50 series tipped to feature a Snapdragon 898 4G variant09/28/2021Huawei MatePad 11: Price-to-performance champion!09/28/2021Huawei launches the Nova 9 series of HarmonyOS-powered smartphones09/23/2021Huawei tipped to release three new smartwatches before the end of the year, including one that can monitor your blood pressure09/21/2021Huawei brings numerous new features to the Watch GT 2 and Watch FIT in fresh software updates09/20/2021Black PlayStation 5 console could be next in line as Sony announces Midnight Black Pulse 3D wireless headset09/15/2021

Read all 1 comments / answer static version load dynamicLoading CommentsComment on this articleMediaTek's new Filogic chipsets are...iFixit explains why the iPad mini 6... Alex Alderson - Senior Tech Writer- 5300 articles published on Notebookcheck since 2018Prior to writing and translating for Notebookcheck, I worked for various companies including Apple and Neowin. I have a BA in International History and Politics from the University of Leeds, which I have since converted to a Law Degree. Happy to chat on Twitter or Notebookchat.contact me via:@aldersonajPlease share our article, every link counts!
does huawei laptop have built-in lte