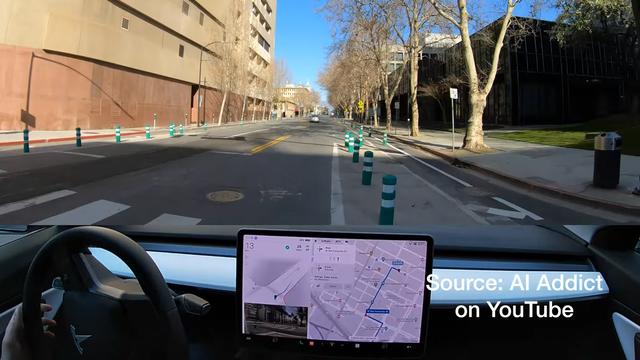 Tesla's Elon Musk is adamant that his electric cars can get to a Level 3 self-driving stage with only a vision system consisting of a bunch of cameras. That's how the current Full Self-Driving Beta (FSD) mode in Tesla vehicles operates, but recent crashes of Tesla cars driven by the FSD system as well as a new phantom braking probe by the NHTSA indicate that the camera-only Tesla Vision hardware solution, or the software managing it, need to be improved. The VW CEO Diess begs to differ on Tesla's whole concept that you can achieve Level 3 driving autonomy with just a cheaper camera set. You have to maintain a LiDAR redundancy, he claimed during a wide-ranging Reddit AMA session, despite that it will add costs to the self-driving system.

Volkswagen's 2019 Audi A8L, for instance, was advertised as the first production car with Level 3 driving autonomy, and its so-called Traffic Jam Pilot system combines a LiDAR scanner with a vision kit of cameras as redundancies needed to not only augment each other, but take over if a component fails. Elon Musk, on the other hand, was adamant during Tesla’s Q4 earnings call that he'd be "shocked if we do not achieve Full Self-Driving safer than human this year.” Unfortunately, Tesla's CEO has issued such claims every year since the FSD mode was introduced in a limited beta version, all the while crashes which might have potentially been avoided if Teslas had a LiDAR redundancy are a fact of life.

That's not to say that a LiDAR would have undoubtedly helped with recognition during the bollard incident whose recap you can preview below. It's just that the LiDAR would've also had a chance to pick a return from the pole, especially at that distance, and hit the brakes instead of crashing the Tesla into it as the camera-only FSD solution did. On the other hand, Volkswagen's CEO is no less adamant that LiDAR technology is not cheap, but is definitely needed for the type of autonomous driving that Tesla's FSD mode is striving to achieve:

Autonomous driving is the biggest gamechanger for the automotive industry. We will be able to drive our customers safe and comfortably. This will be a gradual process from taking over responsibility on open highways in good weather conditions getting to more complex environments and weather situations worldwide...

Get the 50A ChargePoint Home Flex EV charger on Amazon