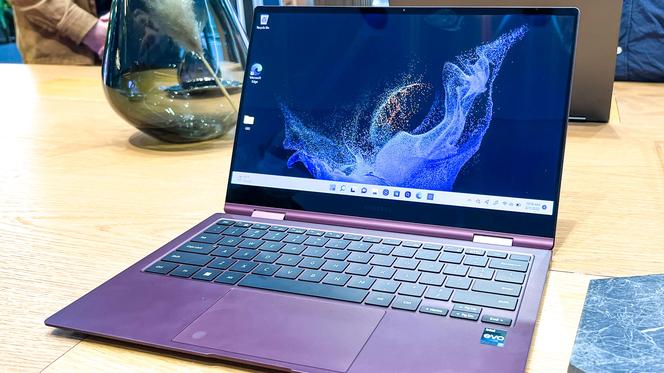 You may be interested in the Samsung Galaxy Book 2 series for its impressive specs, its welcome enhancements over the original Galaxy Book, or its handsome looks (including a rather attractive burgundy color option). However I'm currently admiring it for how you can use in tandem with a Galaxy S22 or other recent Samsung phone.

One of my numerous fascinations (alongside smartphones, coffee, and others) is productivity tools. I spend much of my day staring at my task manager app figuring out what to do next, and get too much enjoyment out of learning app shortcuts. In fact one of my favorite things about using my iPhone and iPad is how you can pass stuff between them with ease through the Continuity system. But as handy as that can be, it is actually kind of limited compared to what the Samsung Galaxy Book 2 and a Samsung phone can do.

I recently got to try out the new Samsung Galaxy Book 2 range, and as nice as these new laptops and 2-in-1s are, my favorite part of them is the enhanced Link to Windows/Your Phone features. By logging into both devices with a Samsung account and using them over the same internet connection, you can access any part of your phone on the laptop, either via an equivalent PC app or by mirroring the phone's display. There's a tiny bit of lag between the two, but if you're concentrating on using the phone you're probably not going to mind that, since it'll be ready by the time you look back at the laptop display. 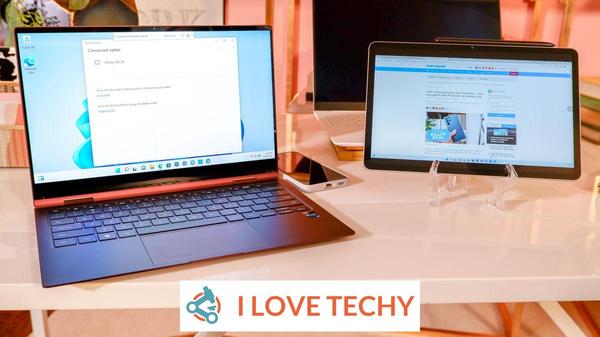 In the demo, featuring the Samsung Galaxy Z Fold 3, perhaps the most impressive part was how quickly you can transfer photos between the devices just by opening the Gallery app. I often need to transfer photos between a phone and my laptop, but normally I have to do this manually over a wired connection or through Google Drive. With that in mind, seeing a Samsung rep take a shot and watching that shot appear on the Galaxy Book moments later was very satisfying.

One extremely handy feature you can find in the settings is notification customization, which means if you like, you can turn off notification pings for all or some of your apps. Being able to separate alerts like this allows you to avoid irritating moments where your phone chimes and then your other devices give you the same notification.

I only saw this feature being used with a single phone and laptop, but there's scope to add more. If you're lucky enough to own two Samsung phones, perhaps a work device or one belonging to a family member, then you can switch between them for even more cross-platform fun. You can also control your smart home devices from the laptop too via SmartThings, which could make for even more efficient and easy multi-device control from your laptop if you're set up for it.

There are rival phone makers who offer their own devices with similar capabilities to what Samsung's done here. Huawei and Honor offer what’s effectively a proprietary version of Your Phone, but you’re not going to be buying either of these brands' goods in the U.S. Apple's Continuity systems are a close rival to this, with features like Universal Control offering a similar kind of cross-over potential. However the issue here is that while you can turn your iPad or iPhone into an extension of your Mac, you can't use one device's apps and files from another. Samsung's system embeds the phone within Windows 11, which feels like a much more powerful system with amazing potential.

Richard is a Tom's Guide staff writer based in London, covering news, reviews and how-tos for phones, gaming, audio and whatever else people need advice on. Following on from his MA in Magazine Journalism at the University of Sheffield, he's also written for WIRED U.K., The Register and Creative Bloq. When not at work, he's likely thinking about how to brew the perfect cup of specialty coffee.

how to turn off samsung laptop