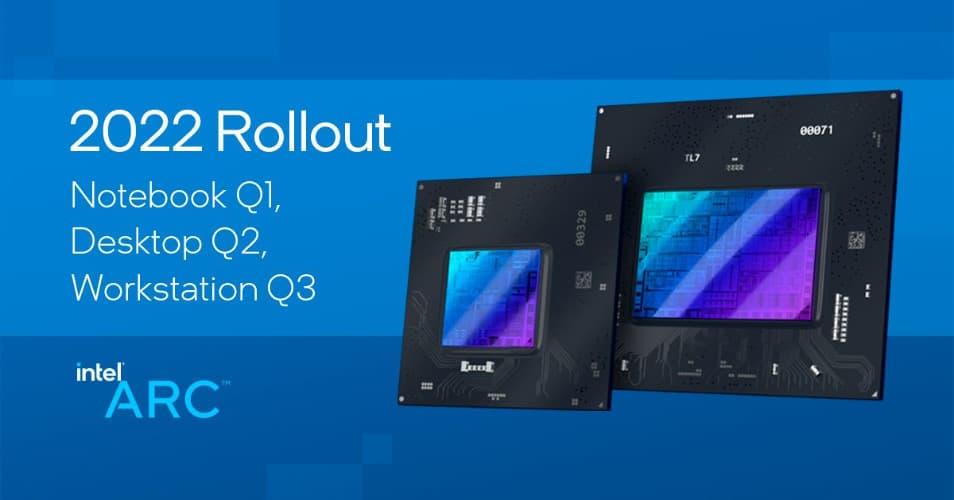 Intel Arc Laptop gets listed for sale ahead of announcement

The word on everyone’s lips right now is ‘How good is Intel Arc going to be?’, and the company is actually looking to answer some of our questions pretty soon at their showcase on March 30. Since we already know that Intel is preparing to reveal their laptop GPUs ahead of Desktop, you can pretty much presume that Intel will be releasing their manufacturing partners for the laptop GPUs, and it seems like online retailer B&H made a little mistake, listing one of the laptops, a Samsung Galaxy Book 2 Pro for $1,349 USD, a mere $50 more expensive than a rival product over on the site.

The listing was quickly taken down, but we’ve got the snaps you need to see and believe it for yourself below.

The Samsung Galaxy Book 2 Pro offers a 15.6-inch AMOLED display, a 12th-gen Intel i7 processor with 12 cores and 16GB of LPDDR5X-6400 memory, a 512GB SSD and more. One thing that is for certain is that it’ll have ‘dedicated Intel Arc Graphics’. Unfortunately, we do not know the exact specification or model number of the Arc GPU inside of this laptop. With that said, you’ll be able to get yourself a dedicated GPU in a laptop, which you can expect will be pretty decent for light gaming and very good with content creation.

It’s likely that this is one of the systems which use the A370M Arc Graphics chip for laptops since its form factor might not be able to cool higher-end models, which we’re going to be likely to see in the bigger, dedicated gaming laptop devices. Regardless, it’s going to be a step up from the old and ragged integrated Intel graphics that no one really paid attention to, we’re just keeping our fingers crossed that the dedicated GPUs actually manage to deliver performance worthy of the price premium, and gives us better laptop performance in gaming when using thin-and-light laptops.

We already know that Intel Arc laptop chips are going to be divided into several categories, so you won’t be having to scratch your head not knowing what graphics card you’ll actually be getting for your hard-earned money. Additionally, the first Intel Arc laptop coming to market will be the A370M, which Intel revealed in a blog post. Curiously, the Samsung Galaxy Book Pro 2 with what we presume to be the A370M only costs $50 more than the Samsung Galaxy Book Odyssey, which arrives with an RTX 3050 Ti Max-Q, so it’s going to be incredibly interesting to see the performance comparisons between the two dedicated graphics chips, which appear to be targeting a similar price point.

However, one thing that will be incredibly curious to know, is if Intel will be offering adequate software with their drivers, with RSR and DLSS on Team Red and Green respectively, Intel needs to show everyone that they are entirely serious when they finally do enter into the consumer graphics card market, since silicon is not the only selling-point for many consumers looking to get into gaming on their PCs.

Additionally, Intel needs to consider if their laptops will stack up against Apple’s formidable ARM-based chips, which are incredibly powerful, and are now rolled out across their entire product stack. Though, Apple’s claims of being better than an RTX 3090 are pretty disingenuous at best. Regardless, we can’t wait to check out these laptops for ourselves, and see what comes out on top.