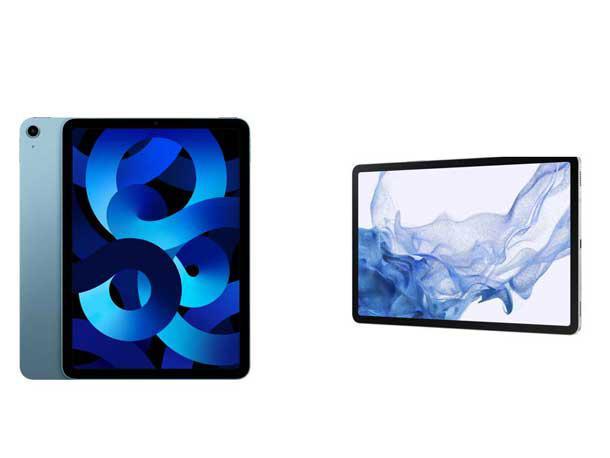 Apple and Samsung’s entries into the 2022 lightweight tablet category bring top-level specs to the arena, with faster chips, better displays and just downright spec overachievement. Unveiled within a month of each other, the competitors built on previous releases.

Released during Apple’s springtime Peek Performance event, the iPad Air release stood up to some hefty releases from the company. While the most exciting news about the release may have been the inclusion of Apple’s excellent M1 chip under the hood, the company also touted the 10.9-inch Liquid Retina display (not quite as nice as the iPad Pro’s new Mini LED tech), True Tone, P3 wide color and an antireflective coating. 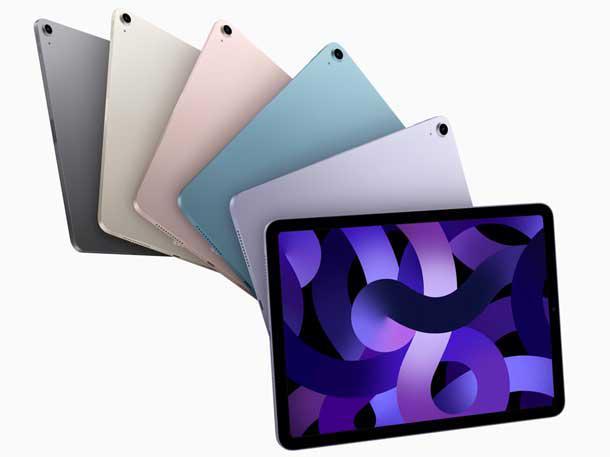 Samsung, on the other hand, banked on the popularity of its S-Pen, which is included with the Tab S8, and the speed of the Qualcomm Snapdragon chipset. Samsung also is billing its tablets as more of a PC experience with its new DeX interface, mirroring the display and navigation of a laptop to allow users to work in multiple windows.

CRN gets in the ring with the two top players in the tablet world to find out who wins this round.

Apple likes to keep things simple in the design department, so of course there’s not a whole lot different on its aluminum frame compared with its counterparts in the iPad lineup. Apple’s embrace of monotony is part of its charm. It banks on familiarity and intuitive function.

Samsung kept things on the simple side as well, with a slim aluminum frame but spices things up by including space for the included S Pen on the backside.