Home Article Is it safe to leave your Mac plugged in and always on? 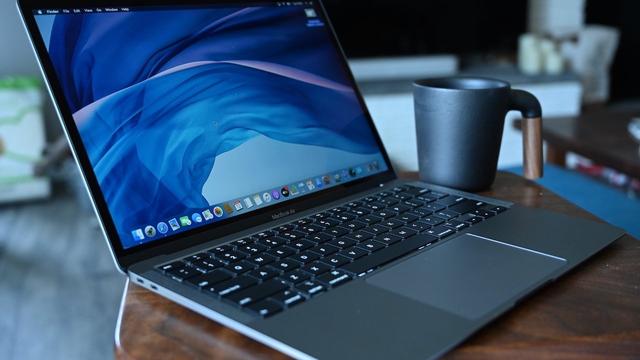 Is it safe to leave your Mac plugged in and always on?

Charging and power habits are key to keeping your Mac in good shape, but the question of whether certain practices are "safe" —like leaving a MacBook plugged in all the time —can be complicated.

Many Mac owners leave their computers on all of the time, for example. Additionally, a good percentage of MacBook users likely use their devices in "desktop" mode constantly.

In general, both practices are safe. However, when it comes to leaving a MacBook plugged in all the time, the answer is a bit more complicated. Here's what you should know.

Is it okay to leave my Mac on all the time?

In short, yes. It's okay. However, you may notice a bit of performance lagginess creeping in over time. 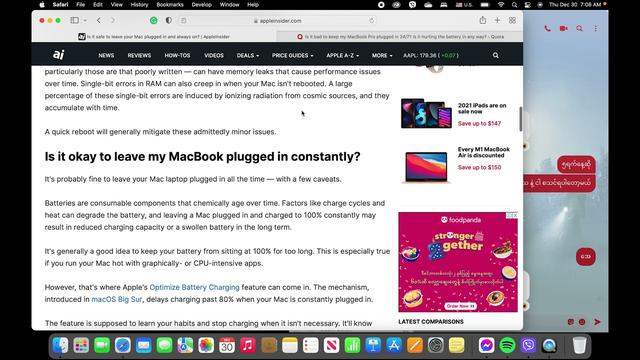 It's generally considered a good idea to restart your Mac every now and then. Some programs —particularly those are that poorly written —can have memory leaks that cause performance issues over time. Single-bit errors in RAM can also creep in when your Mac isn't rebooted. A large percentage of these single-bit errors are induced by ionizing radiation from cosmic sources, and they accumulate with time.

A quick reboot will generally mitigate these admittedly minor issues.

Is it okay to leave my MacBook plugged in constantly?

It's probably fine to leave your Mac laptop plugged in all the time —with a few caveats.

Batteries are consumable components that chemically age over time. Factors like charge cycles and heat can degrade the battery, and leaving a Mac plugged in and charged to 100% constantly may result in reduced charging capacity or a swollen battery in the long term.

It's generally a good idea to keep your battery from sitting at 100% for too long. This is especially true if you run your Mac hot with graphically- or CPU-intensive apps.

However, that's where Apple's Optimize Battery Charging feature can come in. The mechanism, introduced in macOS Big Sur, delays charging past 80% when your Mac is constantly plugged in.

The feature is supposed to learn your habits and stop charging when it isn't necessary. It'll know when you unplug your MacBook and time the charge cycle to keep it at 80% until you need it charged to 100%.

There's no way to directly control the feature beyond an on and off switch. And it can be finicky. It's a good idea to check in and see if it's actually learning your charging habits and stopping the charge from passing 80%.

In other words, you don't want your MacBook left at 100% for too long, but Apple's battery feature can help. If it isn't working properly or you have a macOS version that doesn't have it, try to cycle your battery at least once a month.

Apple also recommends updating to the latest software, keeping peripherals disconnected when not in use, and optimizing the Energy Saver settings to maximize battery performance.