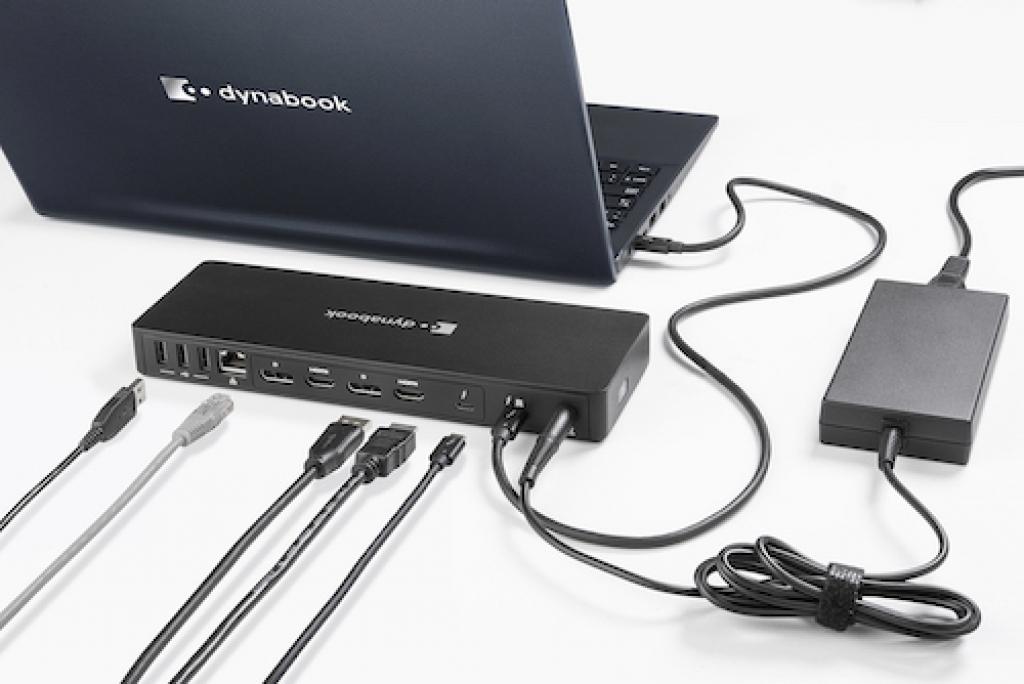 The specs state you need "a Dynabook computer with a Thunderbolt 4/USB Type-C port which supports video output and power delivery, Microsoft Windows 10 or 11."

In any case, the dock supports one 8K display, or up to four 4K displays via the dual Displayports and dual HDMI ports on the back, a Gigabit LAN port, four USB-A 3.2 Gen 2 ports with the port on the front offering "sleep and charge", two USB-C 3.2 Gen 2 ports, a combo 3.5mm headphone/microphone socket and a security lock slot.

The press release says the USB ports of both types are 3.2 Gen 2, and while the product's specs page doesn't specify whether the ports are 3.2 Gen 2 or not, it has been confirmed to me that the USB C ports are all 3.2 Gen 2, whether USB-A or C.

Dynabook notes the immediate benefit is for IT teams to better manage their deployed assets, as the Dynabook Thunderbolt 4 Dock supports features like PXE Boot and Wake-on-LAN, although the press release notes "PXE Boot is only supported on Dynabook laptops."

"The Dock not only maximises the number of devices you can connect to your laptop, but it also charges it quickly too. With 90 watts of power delivery, the dock ensures a connected laptop’s battery is quickly recharged, with plenty of power to spare for connected accessories."

Dynabook offers a "3-year limited warranty," and its price of AUD $429 is really competitive, especially considering the US price is USD $349.99 (not including US sales taxes) which coverts to approximately AUD $471 at exchange rates current at the time of publication, so Australians are getting this dock for the equivalent of US $318, including GST.

So, if you need a powerful Thunderbolt 4 dock that does it all, Dynabook really has delivered a dynamic dock deftly adorned with a plethora of powerful ports.

how to boot from usb samsung laptop