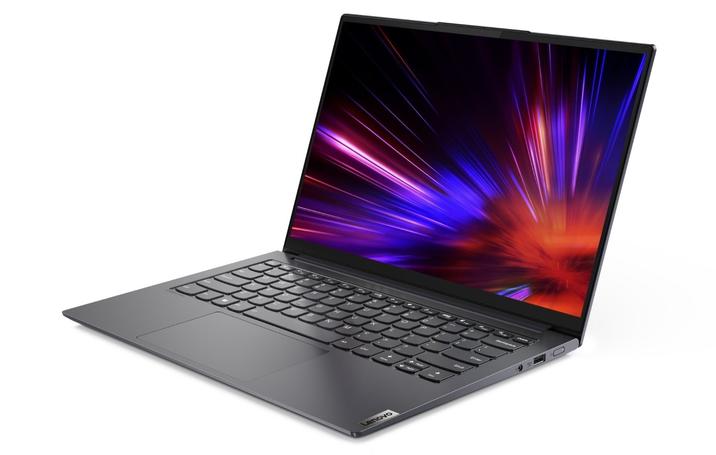 Lenovo’s newest Yoga 9i convertible laptop is embracing one of the more fun trends of ‘90s and early ‘00s computer design: shortcut keys. While plenty of laptops have added handy shortcuts to the Function row on the keyboard, few are making keys that have one express purpose. Now Lenovo is planning to release a laptop in 2022 with five of them.

The 1-Click Function keys all sit to the right of the keyboard. There’s a key for switching between performance mode and a battery-sipping Smart Power mode that sacrifices a little power to boost battery life. Another key lets you toggle between light and dark mode in Windows 11 and the Vibe Check (lol) key toggles between the various built-in audio profiles so you can better hear what the heck each profile actually does. The one I’d most like to see on other laptops lets you turn the background blur off and on when in video calls. Sometimes I don’t want people to see my dog sleeping directly behind me, and sometimes I do!

The final button was already featured in previous Yoga 9i laptops: the fingerprint scanner. Previously it was a button sort of haphazardly stuck down on the palm rest, where it was prone to accidental clicks. Now it's a little larger and corralled over to the right of the keyboard with the rest of the new single-use buttons.

While single-use keys were all the rage on desktop computers in the ‘90s and ‘00s, the adoption of laptops as the primary computer in homes saw these buttons disappear. You’ll still find them on 15-inch and above gaming laptops — and the occasional workstation, but they’re pretty rare in a slim little 14-inch number like the Yoga 9i. The addition means the big bezel found around the keyboard of previous iterations is now a whole lot thinner.

The new Yoga 9i also has a touchpad that should be about 45 percent larger than last year’s, two new Thunderbolt 4 ports, and Wi-Fi 6E. It’ll be available with up to a 4K OLED IPS display and 12th Gen Intel Core i7-1260P CPU combined with Intel Iris Xe graphics. Lenovo says it will start at $1,399 and be available starting in Q2 2022.

The 13-inch Yoga 6 is also getting a minor refresh. The option for a fabric case isn’t going away, thankfully. Lenovo seemed to focus on improving its sustainability chops with the Yoga 6. Fifty percent of the plastic in the fabric case is recycled, and Lenovo claims approximately 25 percent of the batteries are made of post-consumption plastic. Lenovo’s press release says even the box it comes in will be the “greenest” ever made for a Yoga product. The laptop itself relies on AMD and can be outfitted with up to an AMD Ryzen 7 5700U. It will start at $749 and, like the other Yoga laptops announced today, is expected to ship in Q2 2022.

how to activate function keys on samsung laptop