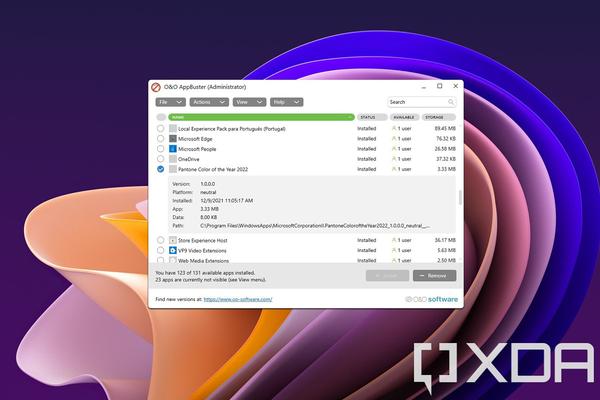 Have you ever booted up a brand-new laptop only to find that it has a ton of apps you don’t need pre-installed? Chances are you have, and this is a problem that’s become all the more noticeable with Windows 10 and 11 PCs. To address that, German developer O&O developed an app called App Buster which makes it easy to uninstall just about any app preinstalled on your Windows 10 or 11 system.

O&O App Buster isn’t really new, but it’s now been updated to support Windows 11, so you can clean up your app list if you get a new laptop this holiday season. Most pre-installed Windows 11 apps can be uninstalled, but going through the list on your Start menu and uninstalling them one at a time can certainly be tedious. O&O App Buster makes this process easier by presenting all your installed apps that are tied to the Microsoft Store and allowing you to uninstall one or multiple of them in one fell swoop. 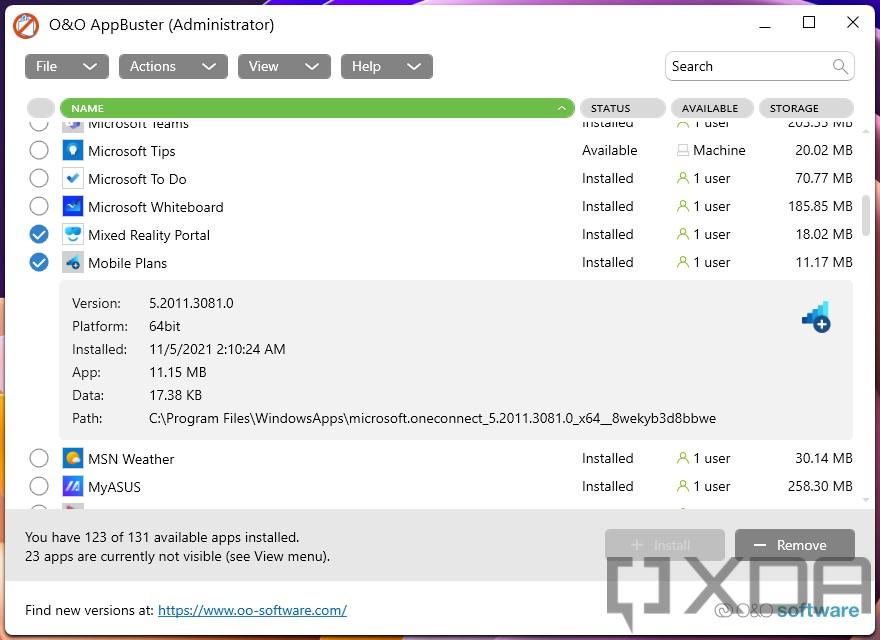 The app is very simple, and it doesn’t even require installation. You can just download the file and run it to see your list of files and start removing what you don’t need. App Buster lists each app and its size, but you can also click each app to see more information about it. Apps are sorted into different categories, starting with the standard user-facing ones, then some hidden apps that you don’t usually interact with directly. Technically speaking, App Buster lists all your Microsoft Store apps, so you can use it to delete apps you installed yourself, too.

There are a few system apps that can’t be uninstalled, though. This includes the Microsoft Store and certain underlying apps that are part of the operating system, since they’re required for everything to work. And if you’re worried that uninstalling a specific app will cause you trouble, App Buster also offers to create a restore point before making changes to your system.

If you’re interested in an easier way to uninstall the apps that come pre-loaded on your Windows 10 or 11 PC, O&O App Buster is a useful tool to have at hand. Because it doesn’t require installation, you can download it, use it, and delete it without any hassle once you’re done. You can download the app for free using the link below.