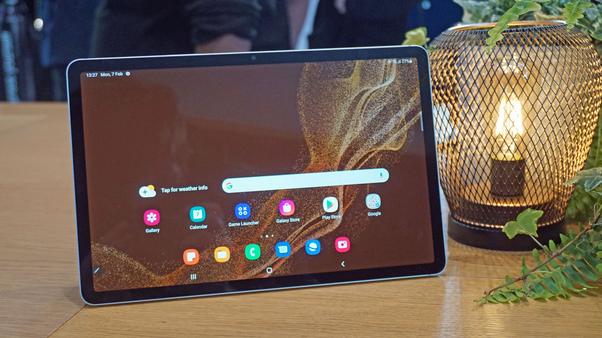 Almost each time there’s a tab in the house for testing, I always make it a point to type our review on the same tab. While there are two broad categories of tabs – iPads and Android tabs – I believe that Samsung’s Galaxy Tabs are a category unto itself. These are Samsung’s premium tabs and are positioned as laptop alternatives. That’s the one debate we reopen every time we check out one of these tabs or Apple’s top-of-the-line iPads.

First, let’s breakdown the Samsung Galaxy Tab S8 line-up for you. All three tabs are powered by the same Qualcomm Snapdragon 8 Gen 1 processor. The entry-level Samsung Galaxy Tab S8 tab comes with a 11-inch LTPS LCD display, while the Tab S8+ and Ultra come with 12.4-inch and a whopping 14.6-inch Super AMOLED displays, respectively. The Tab S8+ might end up being the popular sibling, not just because of the price advantage but also because of its screen size and heft that make it a more practical choice. 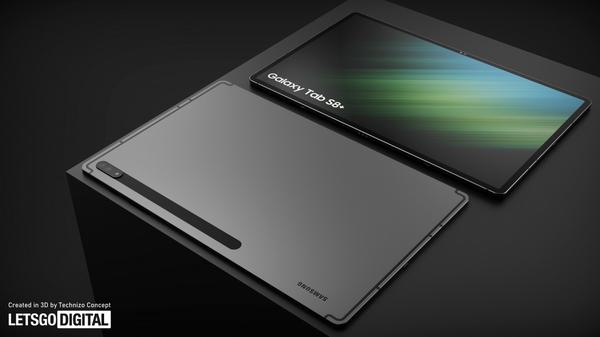 The Samsung Galaxy Tab S8 sticks to the familiar design aesthetic with minimal bezels and a slinky form. The S8+ is just 5.7mm thin and weighs 567g. Samsung stretches the screen: body ratio to 84.6 percent. The 12.4-inch Super AMOLED display (1752 x 2800 pixels / 266 PPI) is one of the best on any tab and makes for a terrific binge-watch screen. In terms of design, it’s not a huge departure from last year’s Galaxy Tab S7 series. There’s been a lot of discussion around what resolution works best for a tab. The S8+ sticks with Samsung’s 16:10 tab template but there are those who might argue that 4:3 or 3:2 displays work better for multi-tasking. We think the 16:10 does the job well, particularly for tabs like this that are primarily content consumption devices. We, however, do wish larger tabs like the S8+ would get a 3.5mm headphone jack.

There’s been a lot of buzz around Google’s upcoming Android 12L version for larger screen tabs and foldables but we’re still not convinced it’s going to change the productivity game for Android Tabs. Samsung has found its own hack to make their premium Galaxy Tabs more ‘productive’. First, it’s the keyboard accessory. We tried the Tab S8+ with the Book Cover keyboard that retails for Rs 12,499. It misses out on a trackpad but otherwise it’s quite comfortable to type on.

Samsung also brought in the S-Pen. The improved S-Pen has reduced the input latency from 9ms to 2.8ms and its great to annotate PDFs or make notes. It tends to slide out occasionally when it’s stuck to its designated charging spout on the rear of the device. Samsung’s proprietary DeX solution that mimics a laptop is a decent workaround and allows you to maximise the device’s productivity creds. We’d still say this, Android needs to work on a serious alternative to the iPad OS. This tab should still work for crafting MS Excel and Word docs on the go, though.

The Samsung Galaxy Tab S8+ is the best Android tab out there; the larger Ultra might be for you if you prefer gigantic screens. It’s lighting quick, powered by the same processor as the Galaxy S22 flagships that team up with 8GB of RAM and 128GB of internal storage. The device clocked an impressive score of 3165 on our Geekbench benchmark tests. Battery life is solid; you should get about 10 hours of video playback, more than you will need for an all-night Netflix binge session. You can power up the device in quick time – there’s no charging brick in the box, but it supports 45-watt fast charging. If you’re looking for a content consumption device that can also do the job of a light productivity machine while you’re on the go, the Tab S8+ won’t let you down.