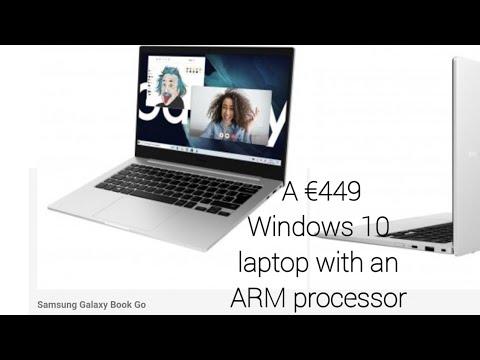 Samsung laptop news just keep arriving these days. After announcing four laptops yesterday and another one today, Samsung looks set to premiere an affordable Windows laptop with an ARM processor.

The screen isn't touch-enabled and the housing is fairly standard, in order to keep costs down. However Samsung has made sure the Galaxy Book Go is compliant with the Mil-810G durability standard, meaning the laptop can withstand a drop of 1.2m and is dust-tight. The laptop weighs 1.39kg. 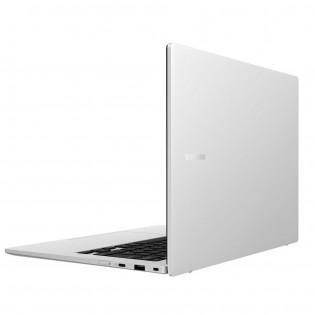 There are two USB-C ports, one of the USB-A variety, a headphone jack, a microSD slot and a SIM slot.

ARM-based processors are usually very efficient, which in tandem with the 42.3Wh battery should provide ample battery life.

Windows 10's ARM version has a poor selection of native apps and a not-so-good track record of emulating x64 apps. It's very much a work in progress and nowhere near the refined thing the ARM-based M1 Macs are.

The Samsung Galaxy Book Go isn't out yet and there's no official availability information from Samsung itself. However the laptop will launch in Germany, priced €449 and in the US for a cheaper $349, but without LTE.