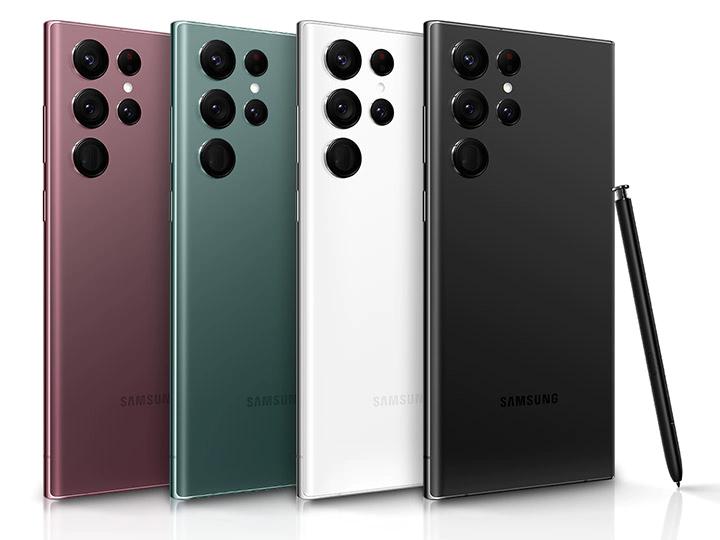 The rumors and leaks are finally over, as Samsung has announced the Galaxy S22, S22+, and S22 Ultra smartphones. Samsung went all out for the Galaxy Unpacked event, and the phones lived up to the hype.

Samsung announced two base models of its flagship smartphone in the Galaxy S22 and Galaxy S22+. While these might not pack the same insane power as the Galaxy S22 Ultra, they are still flagship phones that rival any of the top models on the market.

The smaller Galaxy S22 comes with a 6.1-inch FHD+ screen, while the S22+ has a 6.6-inch FHD+. Both are AMOLED displays with 120Hz refresh rates. They also have 240Hz Touch Sampling Rates in Game Mode.

As far as power and memory, Samsung included an advanced 4nm Processing chip, 8GB of RAM, and up to 256GB of storage, depending on the configuration. The exact processor varies by region.

Another place the S22 and S22+ match is the cameras. Both feature three cameras on the back and one on the front. There’s a 12MP Ultra-Wide lens, a 50 MP Wide camera, and a 10MP Telephoto shooter on the back. For selfies, there’s a 10MP Front Camera.

The larger S22+ gets a bigger battery. It comes with a 4,500mAh powerhouse, while the S22 features a respectable 3,700mAh. Another upgrade for the S22+ is support for wired charging up to 45W. The cheaper S22 only supports 25W wired. Both phones come with 15W wireless charging.

Both devices are set to launch on February 25, 2022. The Galaxy S22 will start at $799.99, and Galaxy S22+ will start at $999.99, and they’re available for preorder now. This is right in the sweet spot for more affordable flagships, but for people who need the best of the best, Samsung has another phone.

You can preorder the Samsung Galaxy S22 and S22+ right now.

The main event of Galaxy Unpacked was definitely the Galaxy S22 Ultra. This is Samsung’s top-of-the-line phone aimed at enthusiasts.

RELATEDSamsung Galaxy Unpacked 2022: How to Watch and What to Expect

“At Samsung, we constantly push ourselves to raise the bar on our most premium devices,” said TMRoh, President and Head of Samsung Electronics’ MX (Mobile eXperience) Business. “Galaxy S22 Ultra takes the beloved functionality of the Galaxy Note and the most celebrated aspects of the S series and merges them for a truly unique mobile experience. This is a leap forward for mobile technology, setting a new standard for what a smartphone can be.”

The Galaxy S22 Ultra comes with full support for Samsung’s S-Pen, which is a first for a non-Note device. Samsung also called it the “fastest, most responsive S Pen we’ve ever made.”

Speaking of battery, the Ultra has support for up to 45W wired and 15W wireless charging (much like the Galaxy S22+).

The camera is the place where the Ultra really blows the other S22 devices out of the water. It comes with a 12MP ultra-wide camera, a 108MP wide camera, and a 10MP telephoto shooter. On the front, you get an absurd 40MP selfie camera.

This looks like an absolute beast of a phone and one that Samsung fans the world over will be drooling over. It also ships on February 25, 2022, but it comes with a much higher $1,199.99 starting price.

You can preorder the Samsung Galaxy S22 Ultra right now.

Samsung is offering preorders on all three Galaxy S22 smartphones starting today, February 9, 2022. There are tons of promotions and deals out there from each carrier, so you can choose the one that works best for you. One that stands out is a 25% discount on the newly-announced Galaxy Tab S8 with a preorder of any of the Galaxy S22 phones.

For AT&T, all AT&T customers can get $800 off any device across the new Samsung Galaxy S22 line when trading in any Note, S, or Z series phone from any year, regardless of condition.

If you’re an AT&T customer, you can get some great deals on the Galaxy S22 series of phones.

For Verizon, the carrier is offering up to $1,000 off a new Galaxy S22 series phone with a qualifying trade-in on select 5G Unlimited plans when you add a new line or switch to Verizon.

Verizon has some great deals on Samsung’s latest phones.

Not one to be left behind, T-Mobile has some deals on the Galaxy S22. You can get up to $1,000 for your trade, which could make either the Galaxy S22 or the S22+ free. If you opt for the Ultra, it’ll make it extremely cheap!

Pick up a Galaxy S22 from T-Mobile and it’ll be free with a qualifying trade.