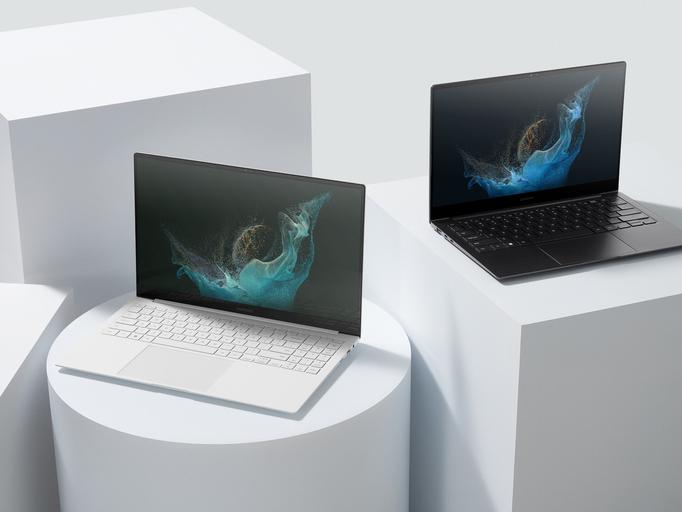 The Galaxy Book2 Pro 360 series has a 2-in-1 form factor and weighs about 1.04 kg with a thickness of roughly 11.5mm. The 360-degree hinge allows the laptop to be folded completely, and the screen is compatible with the S Pen, allowing it to be utilized as a tablet.

It is based on the Intel Evo platform and supports WiFi 6E as well as Type-C USB charging. Take into account that the larger screen option is not currently available for pre-order in India. With the Book2 Pro 360 series, Samsung provides 16GB RAM and 512GB onboard storage.

The Galaxy Book2 360 series is somewhat thicker and heavier than the 2-in-1 Pro model. This is approximately 12.9 mm thick and weighs 1.16 kg. This one also works with the S Pen. This model also has a 720p HD camera rather than a full HD camera like the Pro model. This one wasn’t compatible with the Intel Evo platform. It will be available with Intel Core i5 or i7 processors, 16GB RAM, and 512GB storage. 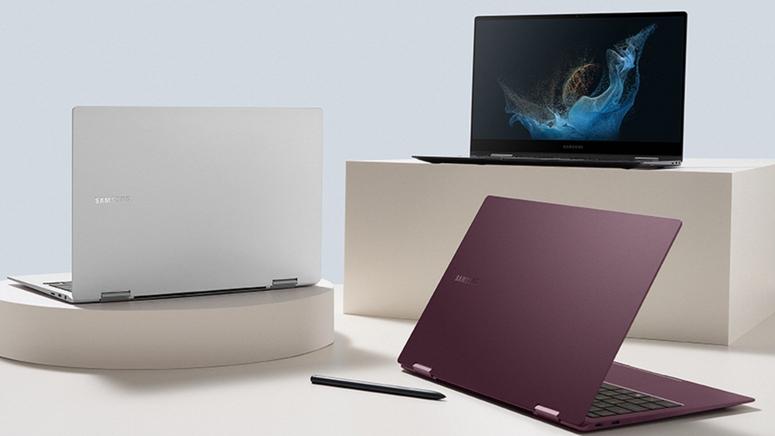 The Galaxy Book2 Pro series is a laptop-style device with an ultra-thin design. The Galaxy Book2 Pro, like the Book2 Pro 360 series, is built on the Intel Evo platform and has a full HD web camera. It will also be available with Intel core i5 or core i7 processors, as well as 16GB RAM and 512GB storage choices.

The 14-inch Samsung Galaxy Book2 Business is designed for consumers who work from home or in a hybrid office. The laptop includes a Studio Mode that may make online meetings look ‘sharp, clean, and professional.

The camera on the laptop also includes an Auto Framing option, which may give a bokeh-like blurred backdrop effect that can assist minimize distractions in virtual work situations.

The Snapdragon 7c Gen 2 Compute Platform powers the 14-inch Galaxy Book Go. It is designed to have the mobility of a laptop and the battery life of a smartphone. It runs Windows 11 with promised instant-on performance, features a 180-degree hinge, and supports Dolby Atmos.

The Samsung Galaxy Book2 has a 15.6-inch display. According to Samsung’s website, this will be available with Intel Core i5 or Core i7 CPUs, as well as 16GB RAM and SSD+HDD storage choices. However, pre-orders are not yet available.

Samsung and Amazon have opened pre-orders on their websites, which will formally open tomorrow, March 18. The Galaxy Book2 360 is exclusively available for pre-order on Amazon. In addition, Samsung has launched a slew of cashback deals for the new laptops.

Share OnTweetPrevious ArticlePrabhakar Patil, former CEO of LG Chem Power appointed to the Ola Electric board of directorsNext ArticleGoogle confirms IO 2022 event for 11th May and 12th May for this yearAdersh Unni Krishnanadersh

From God's own country, an adventure thirstier who is among the first to hit the road and gets out of hands in exploration for more hustle and bustle! He is also a computer nerd who is pursuing his majors in the field of computer science but his real passion could be seen while watching him talking about tech and entertainment topics at times. Moreover, you will find him around the clock mostly just sitting on his chair running his hands over his clicky keyboard. He believes in passion and hustle bringing new learning curves for self-development! Also, he has been devoting his work to the web for more than two years.

how to open samsung laptop camera