Samsung has announced its new Galaxy Book2 series of Windows laptops, and with them comes a clear focus for Samsung’s future plans: To take the competition to Apple by creating their own multi-device ecosystem.

The four new Windows 11 machines, the 360 Pro, Pro, 360 and Business models, each pack the standard set of improvements that you’d expect from a new generation of hardware from one of the world’s leading hardware manufacturers. There’s faster charging (up to 65w), better displays, more storage, improved chips … all of the things you’d expect to find in a specs table.

What’s actually exciting about these four new models is Samsung’s plans to expand intra-device continuity, much in the same way that Apple’s phones, watches, laptops and tablets all share notifications, files and the like.

Samsung has made much of its close partnership with Microsoft, which enables it to more closely integrate features available in other Galaxy devices into its Windows machines. In this case, The new Galaxy Book2 Pro models will be able to:

Hark-sang Kim, EVP and head of the new computing R&D team of mobile experience business at Samsung, said that the goal is not just to create mobile tech, but to create mobile tech that fundamentally enhances the daily lives of its users. “As part of this pursuit, we are reimagining the PC. Together, with seamless continuity across our Galaxy devices and secure mobility, users can unlock more efficiency and enable the possibilities of the office of tomorrow,” Kim said. 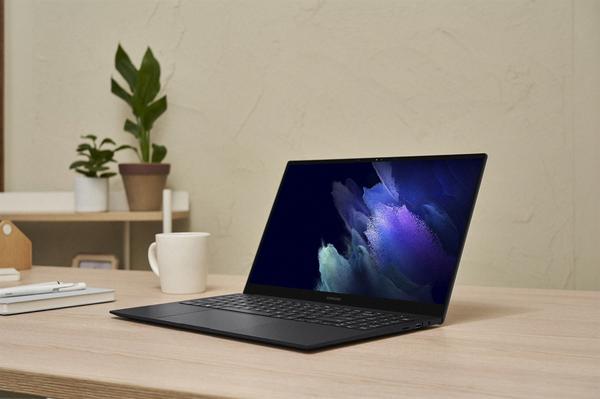 The security that Kim alluded to has to do with the Galaxy Book2 Pro line being the first consumer PC series to meet Microsoft’s Secured-core PC requirements. Microsoft describes machines that meet it’s Secured-core PC standard as “deliver[ing] the highest level of Windows 11 protection including advanced protection of firmware and dynamic root of trust measurement.” Secured-core PCs gain much of their protection from virtualization-based security and Windows hypervisor code integrity checks, as well as dynamic root of trust measurement that ensures a secure handoff from CPU to the Windows hypervisor.

Speaking of enterprise computers, the Galaxy Book2 Business is the piece of hardware sure to appeal to professionals, especially those concerned with security.

As part of the features added to the Business model specifically for enterprises and pro users is an IR camera that enables facial recognition logins, as well as a physical shutter for the camera to improve physical security.

All of the Galaxy Book2 devices, with the exception of the Business model, will be available for preorder beginning March 18, and will be at retail stores beginning April 1.

The business model has a less specific availability date, with Samsung only saying it’ll arrive in select markets in April. Businesses interested in picking up a series of Galaxy Book2 Businesses at that time can visit Samsung’s business page.

Be your company's Microsoft insider by reading these Windows and Office tips, tricks, and cheat sheets.