Home Article screenrant.com How To Change The Name Of Your Mac & MacBook 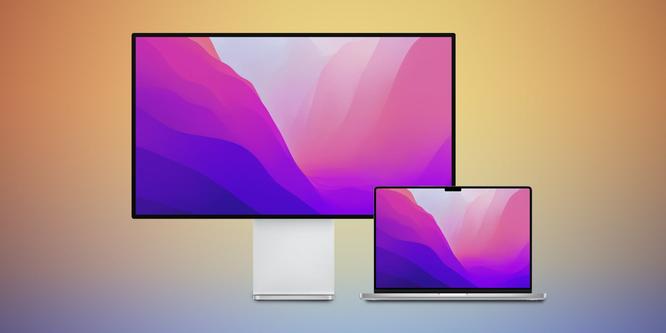 screenrant.com How To Change The Name Of Your Mac & MacBook

Apple uses MacBook and Mac computer names for AirDrop file transfers as well as Bonjour networking, so renaming to something unique can be helpful

A MacBook or Mac computer has a name and the default isn't unique enough to stand out, so it can be important to update this detail when a new Apple computer is set up. The name is used for various networking purposes and two Mac computers with the same name will be impossible to tell apart when sharing files or using a remote desktop app.

Apple gave Mac computers various ways to communicate with other devices. One of the most impressive is Bonjour, a zero-configuration networking technology that makes it super-easy to connect to another computer or printer via the local Wi-Fi network, allowing resources to be shared across multiple Mac and MacBook computers. The name of the device to connect to is the only information needed.

Renaming a Mac computer is quite easy when the right setting is located. In short, it's the Sharing pane in System Preferences. To get there, the user can open the Apple menu, found in the upper-left corner, and select System Preferences to open the app. The Sharing icon looks like a blue file folder and clicking it will reveal a text box where the Computer Name can be edited and that name will appear when sharing via AirDrop. The name can be almost anything and it's perfectly okay to have fun with it, such as 'The Big Apple' or 'My Precious.' Emoji can be included and using a happy face or cup of coffee helps to make it unique.

It's also possible to change what's known as the local hostname, which is how the Mac appears for Bonjour network sharing. The default is a 'sanitized' version of the default computer name with punctuation and special characters removed, replacing uppercase with lowercase letters, and substituting a dash for any blank spaces. Within the System Preferences Sharing pane, the user can click the Edit button to change the local hostname. Punctuation keys, other than a dash, will be ignored and a warning blip will signal that a character doesn't work. Uppercase letters are allowed, however.

Renaming a Mac computer is a good idea even if there isn't an immediate need for connecting with another Mac or printer, since it prevents confusion later on. If there's more than one Mac in a home or office, it's important to distinguish which is which when attempting to AirDrop from an iPhone or iPad to the correct computer. Apple's default naming starts with the user's first name followed by the computer's model, such as 'Alan's MacBook Air.' With more common names, like 'James,' this can create a problem. Since a MacBook is portable, it's likely that another 'James' will have a similar Apple laptop, and renaming a MacBook will prevent confusion when on the go.

Next: How To Add & Delete User Accounts On Mac

Alan is a Tech Writer living in Nova Scotia, Canada. A tech-enthusiast since his youth, Alan stays current on what is new and what is next. With over 30 years experience in computer, video and photo equipment, you can expect useful tips and insights in his writing. Alan has a degree in programming, many years focused on design, editing, and animation. A period of managing logistics and e-commerce operations for a mobile accessories company rounds out a diverse background. Alan is a true jack of all digital trades in this ever-changing computer-enriched world. To stay flexible in mind and in body, he practices yoga, light cardio, and eats a whole food diet, based on minimally processed plants.