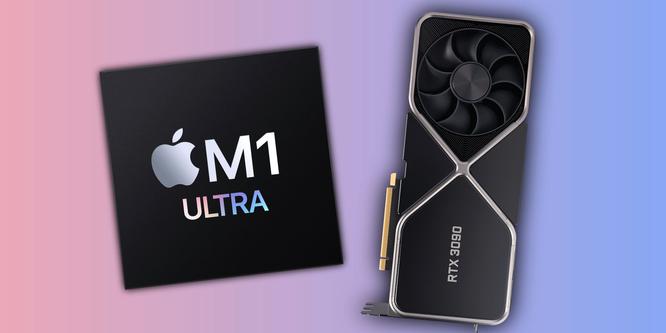 Apple says that its M1 Ultra chip is the best and most powerful one it's ever made. But does that also make it better than the RTX 3090?

The M1 Ultra is Apple's latest and greatest in-house chipset — and it's so good that Apple claims it's more powerful than the Nvidia RTX 3090. While Apple's most often associated with iPhones and Macs, the company also makes some of the most advanced computing chips. Whether it be the A15 Bionic in the iPhone 13 or the M1 inside the iPad Air 5, Apple's chips are among the best in the business.

This has been true of Apple's smartphone chips for quite a few years, but only since M1 was released in 2020 has it also applied to Apple computers. Following the introduction of M1 Macs in November 2020, Apple's since succeeded the normal M1 with M1 Pro, M1 Max, and M1 Ultra — with each one offering more horsepower than the last. M1 Ultra is by far the fastest Mac chipset Apple has released to date, and on the graphics side of things, Apple claims the M1 Ultra GPU is better than the flagship RTX 3090 from Nvidia. That's a bold claim on paper, but does it actually hold any weight?

Related: Is Apple's M1 Ultra Chip Coming To The MacBook Pro? Here's What We Know

The M1 Ultra's GPU specs are nothing short of impressive. The baseline version has 48 GPU cores and can go up to 64 GPU cores with its maxed-out variant. It also touts 2.5TB/s of total memory bandwidth. By comparison, the RTX 3090 has less than half the memory bandwidth at just 936.2GB/s. In one of its marketing slides for the M1 Ultra, Apple claims that its chip has faster overall GPU performance than the RTX 3090 — all while using about 200W of less power. Looking exclusively at those numbers, it's easy to think that the M1 Ultra's GPU is far superior to the RTX 3090. Right? 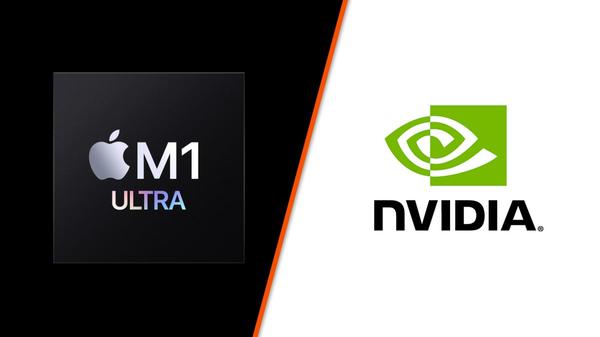 As is often the case with these things, there's more to the story than Apple's own marketing claims. The M1 Ultra does have incredible memory bandwidth and is almost certainly draws less power than an RTX 3090. However, that's not to say the M1 Ultra is infinitely better than Nvidia's GPU in every task.

Apple's M1 chips, while fantastic, are best suited for certain tasks. If you're using Safari, Final Cut Pro, Photoshop, etc., that's where M1 chips shine. And this is especially true when running an app that's been designed specifically with the M1 architecture in mind. If an app was made to run natively on M1, chances are it'll run better there than almost anywhere else. This was true of the baseline M1 when it first came out, and that same point should hold true with the M1 Ultra.

But there are other areas where M1 chips still can't compete with dedicated GPUs like the RTX 3090 — specifically with gaming. As Digital Trends outlined in a recent post, the M1 Ultra should theoretically be able to run a game like Fortnite at around 240 frames per second running at 1080p. By comparison, the RTX 3090 can achieve 260 frames per second (and higher) running at both 1080p and 1440p. And that's assuming you can find a game that runs natively on the M1 Ultra. Not only are games for macOS already limited, but finding ones that run natively on M1 is even harder.

This is why it's always important to look beyond the veil of Apple marketing. Does the M1 Ultra have lots of GPU cores, huge memory bandwidth, and a power-efficient design? Absolutely. But that doesn't mean it's the new best GPU on the market. The M1 Ultra is bound to be a phenomenal chip for anyone who buys the Mac Studio — but don't mistake it as a replacement for the RTX 3090.

Next: What Could Apple's 2023 Processor Family Look Like With The M2 Chip?

Joe has been actively writing and talking about consumer tech since 2012. His biggest passion lies with smartphones, but he's happy to talk your ear off about just about anything with a CPU. He lives in Kalamazoo, MI with hiswife, two cats, and pit bull/boxer mix.

how long do apple laptops last